Fort Hill had three dressing rooms once the expansions to the home were completed in the 1830s. The family primarily used these dressing rooms for grooming, but they also served as storage areas because of the lack of closet space in the house. This dressing room was the first to be added by the Calhouns in 1825. The English ironstone foot tub with lotus petal design belonged to Floride Calhoun. The Sheraton-style washstand belonged to the Clemsons, and now holds a bowl and pitcher. The wooden towel rack is in a "hairpin" design and would have been used to hang towels. The galvanized metal tub with a sitting shelf was the Calhouns' sitz tub. 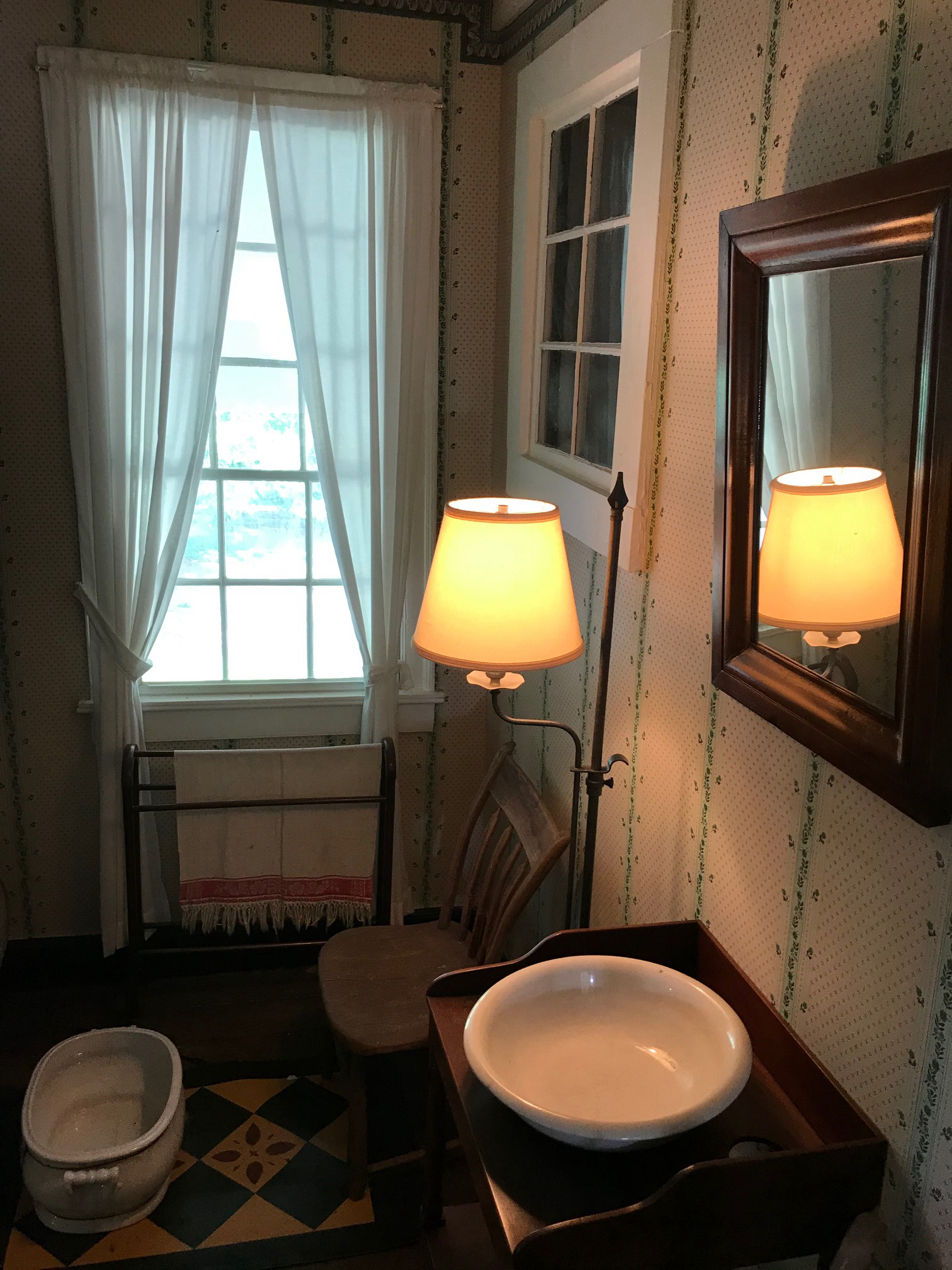 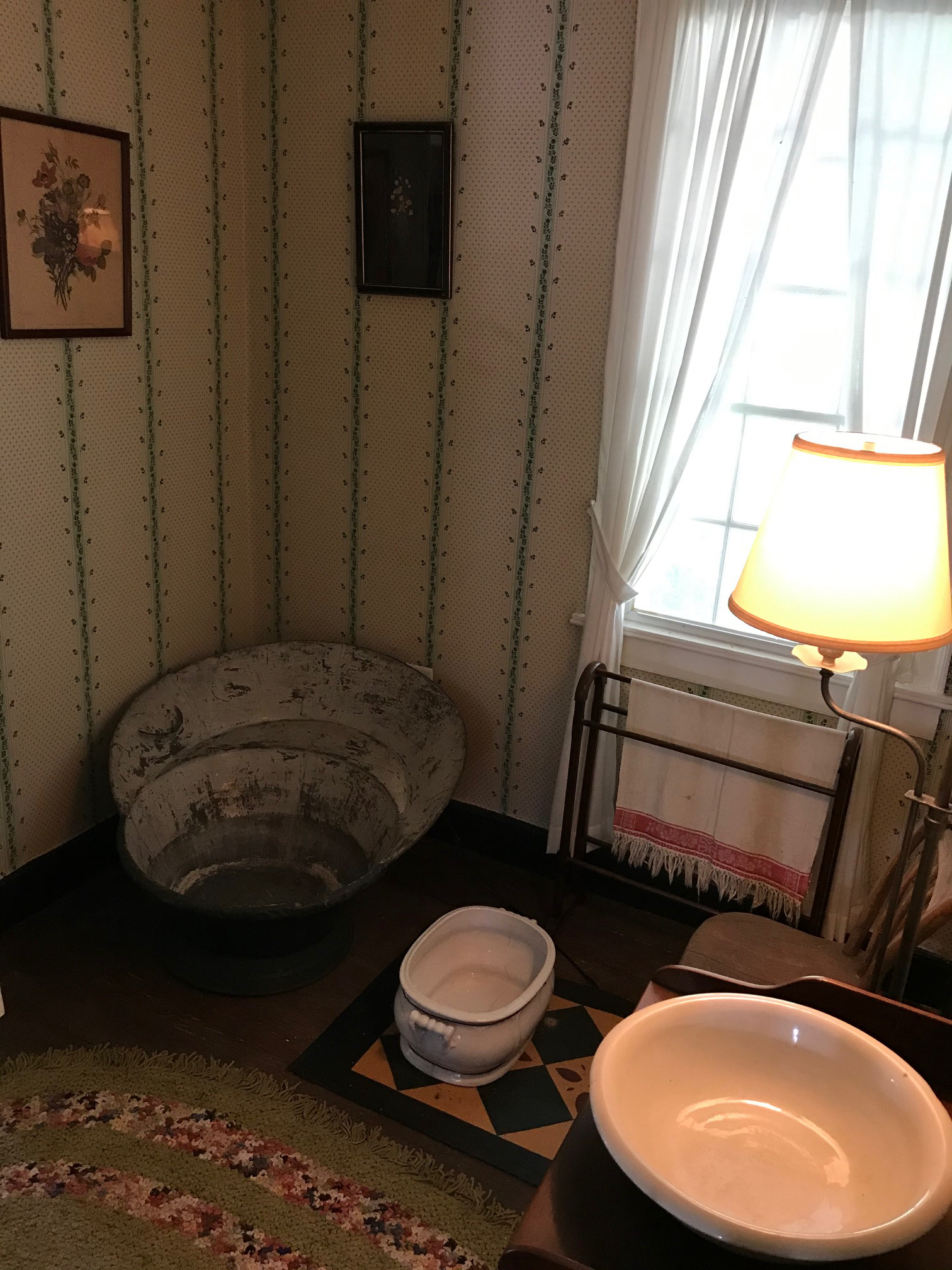 Enslaved African Americans who worked as domestic laborers were expected to maintain the dressing rooms by emptying the chamber pots, bringing hot water into the house, removing waste water and providing for any other needs of the Calhouns or Clemsons. African Americans across the country resisted enslavement and Fort Hill was no different.

Examples of this resistance can be found by analyzing and interpreting the personal correspondence between members of the family. Calhoun, while in Washington, D.C., asked his brothers-in-law to assist his wife in bringing the enslaved community into submission. In the summer of 1831, Aleck, was described as having taken to "the woods" after, according to Calhoun, Aleck "offended" Mrs. Calhoun and "she threatened him, with a severe whipping." Aleck was apprehended in Abbeville. In accordance with Mr. Calhoun's instructions, Aleck was jailed "for one week. . .fed on bread and water" and given "thirty lashed well laid on" in order to "prevent a repetition."

Sawney Jr. was sent to Marengo County, to A.P. Calhoun's Tulip Hill Plantation, after setting fire to the white overseer's tent and was accused of attempted murder. Afterwards, Issey, who was an enslaved domestic worker primarily charged with the care of Cornelia Calhoun, set the bedding on fire in William Lowndes Calhoun's room. The fire was extinguished and it is unclear whether or not it was set intentionally, Issey was punished by being sent to the Alabama plantation. Cornelia was distressed by Issey's removal from the plantation and her father requested that A.P. send Issey back to Fort Hill, it is unknown if she ever returned.