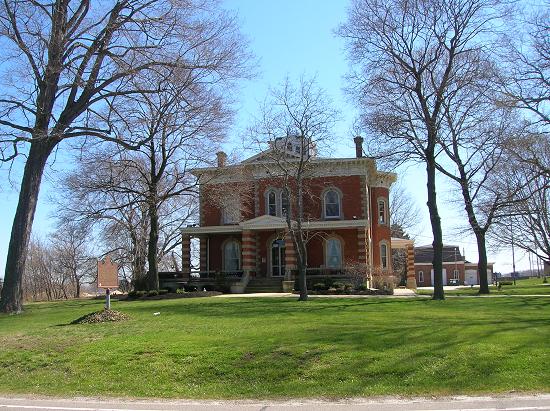 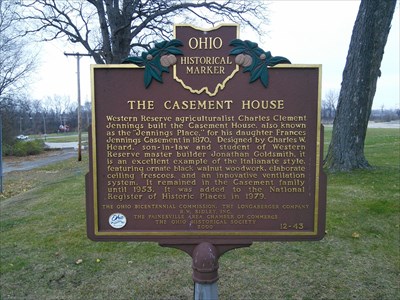 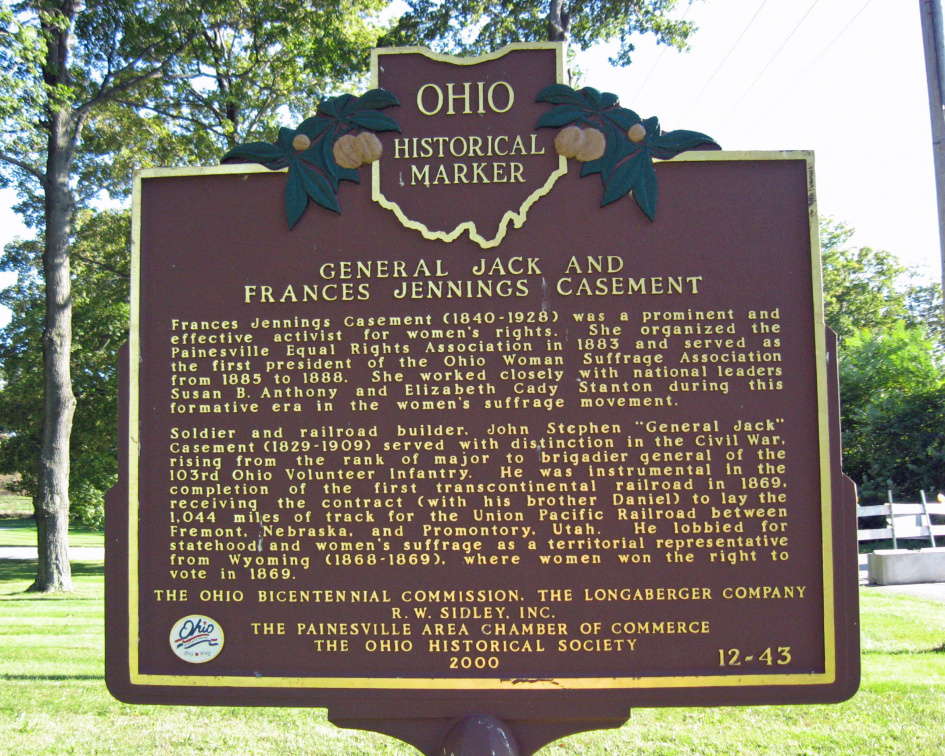 John Casement and Frances Jennings on their wedding day, October 15, 1857 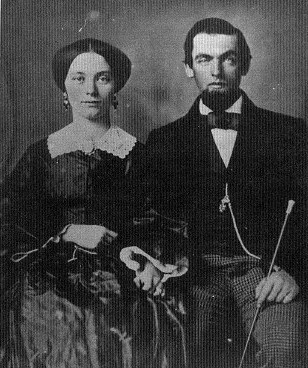 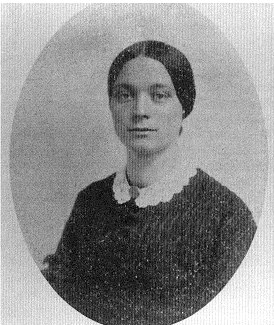 Frances M. Jennings was born on April 23, 1840 in Painesville, OH, to Charles and Mehitabel (Park) Jennings. Charles C. Jennings was an agriculturalist, but also served his district in the Ohio House of Representatives from 1854-1856 and was staunch opponent of slavery. Her family's wealth allowed Frances to receive a formal education at the Painesville District School, a rarity for children during this time. Frances later graduated from Painesville Academy in 1852 and attended Willoughby Female Seminary (www.theclio.com/entry/94532) in 1855-56. Shortly after completing her studies, she married John Casement on October 14, 1857.

John S. Casement was born on January 19, 1829 in Geneva, NY to Robert and Anna (Curphey) Casement. In 1844, the Casements moved to Michigan, where John began his career in the railroad industry with the Michigan Central Railroad. In 1850, he moved to Ohio to work on the Cleveland, Columbus, and Cincinnati Railroad. The Civil War broke out in 1861, prompting John to enlist in the Ohio Volunteer Infantry. He quickly moved up the ranks from major in the 7th regiment to brigadier general of the 103rd Ohio Volunteer Infantry, and became widely referred to as "General Jack" for his leadership and distinction in the war.

Following the war, John resumed contracting in the railroad industry. General Grenville M. Dodge, Chief Engineer of the Union Pacific Railroad project, hired John to direct construction crews in laying 1,044 miles of track from Fremont, NE to Promontory, UT for the completion of the Transcontinental Railroad. In 1867, John's contract work took him to Wyoming, and it was here that Frances, during visits to her husband, connected with Susan B. Anthony and Elizabeth Cady Stanton for the women's suffrage cause. Like most early suffragists, Frances' beliefs for political equality stemmed from the abolition movement. John was elected a non-voting territorial representative in U.S. Congress in 1868-69, and lobbied for statehood and women's suffrage. He likely played a considerable role in the passing of the Wyoming Suffrage Act of 1869, providing women the right to vote in the territory. When Wyoming became a state in 1890, women retained the right to equal suffrage.

The Casement House is a High Victorian Italianate style building, designed by Charles W. Heard of the architectural firm Heard and Blythe. Heard was the apprentice of renowned architect and builder, Jonathan Goldsmith, and was one of the most notable designers in the Western Reserve. The house boasts many unique construction features, such as an innovative ventilation system for its time and plaster work on the ceilings. The 300 acre estate was purchased in 1840 from Colonel Lemuel Storres, an officer of the Connecticut Land Company, the first company to survey the newly chartered Connecticut Western Reserve. The home remained in the Casement family until 1953.

The Casement House was listed to the National Register of Historic Places on July 30, 1975. The property now serves as the corporate headquarters of R. W. Sidley, Inc., a construction-based company who also work hard to share the history of the house and its previous occupants. Appointments can be made to tour the interior, where visitors can still view the impressive ceiling frescoes, original woodwork, and John Casement's library. In 2000, an Ohio Historical Marker was dedicated on the property in recognition of the historic significance of the house and the contributions of Frances and John Casement. In 2001, Frances Jennings Casement was inducted into the Ohio Women's Hall of Fame for her efforts towards women's rights and equality.