On July 16, 1960, Jackson, Dorris Wright, Hattie Smith Wright, Elaine Means, Willie Joe Wright, Benjamin Downs, Margaree Seawright Crosby, and Joan Daniel staged what is known as the Greenville Public Library sit-in. The eight students, led by Jesse Jackson (now a famous civil rights leader) entered the Greenville Public Library in South Carolina. They had been to the library previously and were turned away because they were Black, and the branch was whites-only. On July 16th, however, the eight were determined to stay even in the face of arrest. They browsed the shelves and all white patrons vacated the building. They would then in fact be arrested and released on a $30 bail a piece. This movement eventually caused the closure of the branch and all libraries to all citizens in the city of Greenville by the mayor who wished to deter further protests by closing the libraries to all people. The libraries then on September 19th were reopened and desegregated and the legacy of the Greenville eight is forever immortalized and memorialized among the efforts to desegregate public libraries. 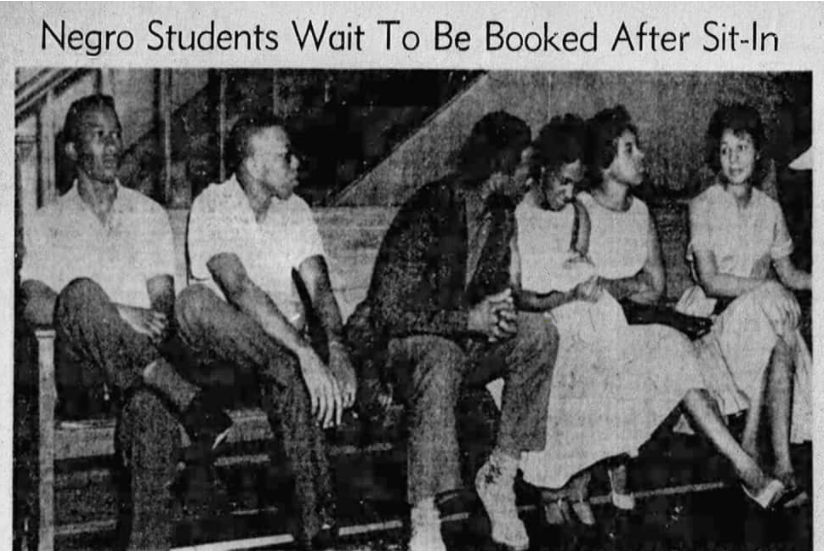 Greenville Public Library Bookmobile-Out of the eight bookmobiles employed by the library at the time of the sit-in, seven served whites only 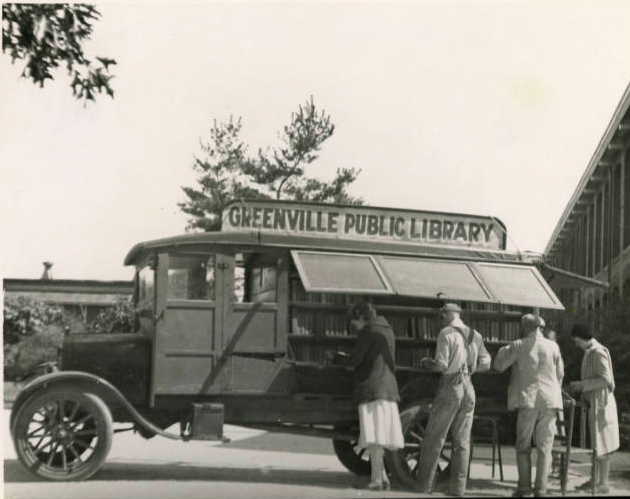 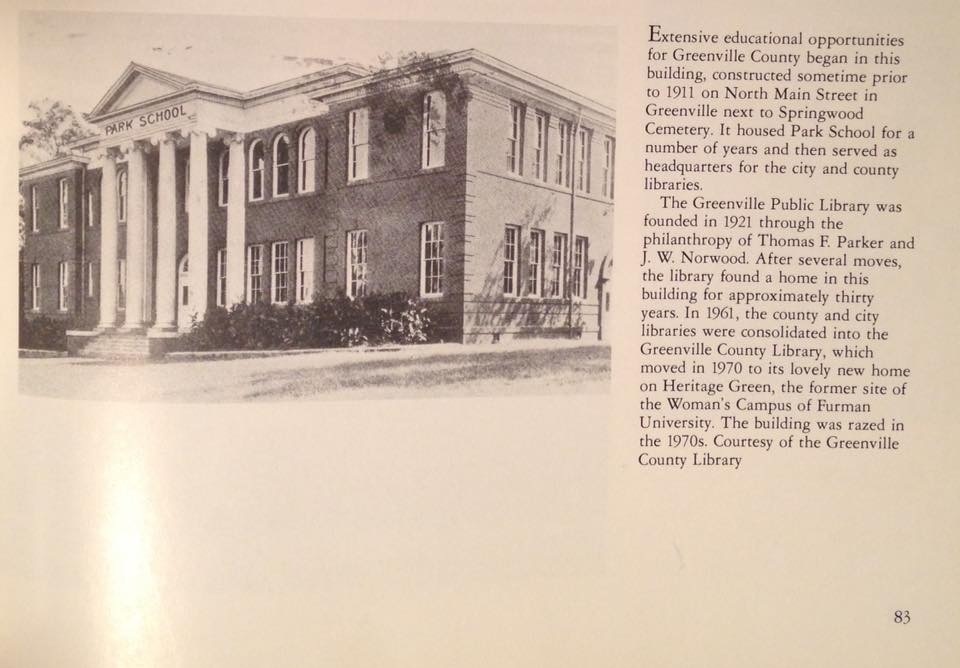 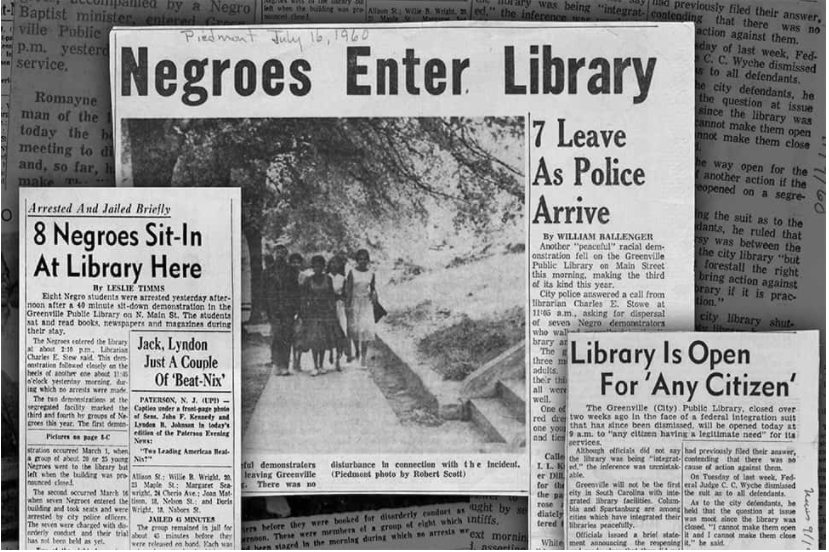 The massive and effective struggle for civil rights in the United States was one whose flames were fanned by a series of laws and policies designed specifically to target Black Americans. From federal policy to the Jim Crow era of laws, Black people in the United States were faced with a situation of being treated as second class citizens even after the end of American chattel slavery. These policies and laws included but were not limited to legal voter intimidation and discrimination (which goes on even still today) and the physical segregation of the races.

This cruel system led to an era of civil disobedience by brave demonstrators who hoped that by defying such societal expectations, they could bring about meaningful change in this country. And they were right. Heroes and leaders to many such as the Reverend Dr. Martin Luther King Jr. and Malcolm X were assassinated for their “outspoken” efforts to bring about change to the system, however they were not the only people involved in spurring the social changes that would come from the era. Many non-violent protestors throughout the country faced down arrest and even death to try to secure a better future for themselves and for posterity.

One common form of non-violent protest or civil disobedience was the sit-in where Black demonstrators would occupy spaces which under segregation were intended for use by whites only. The first of these sit-ins (associated with the Civil Rights Movement of the 60’s) occurred in Greensborough, NC at a Woolworth’s lunch counter, when a group of young Black students occupied a section intended for use by only white patrons. This particular sit-in had far-reaching results. It was after this sit-in that many more would follow, and this sit-in is often cited as the catalyst for what would become an era of civil disobedience that sparked social change.

Today in the United States, we know that libraries are spaces of learning and most importantly, spaces for all to enjoy and to use. This, however, was not always the case. During the Jim Crowe era, libraries too were segregated. The philosophy behind the laws were that facilities would be “separate, but equal” and one can clearly see the irony in such a philosophy that by nature of having separate facilities, equality simply could not be the case. This rings true for libraries where often people have the unique opportunity to learn from one another making separation by nature an unjust and unequal policy across the board. The American Library Association today states in their Library Bill of Rights article 5; “V. A person’s right to use a library should not be denied or abridged because of origin, age, background, or views.” Regardless of a person’s beliefs, background, or the color of their skin, patrons have a right to use the library.

The natural yet extremely innovative steps taken to end the segregation of public libraries married the sit-in model with the philosophy of access to all of library resources, and thus the Greenville, SC public library sit-in was born. On July 16, 1960, just one month after the Greensborough Woolworth’s sit-ins, eight brave young Black protestors walked into the Greenville, SC public library whites-only branch. Jesse Jackson, now a famous civil rights leader had returned home to Greenville, SC and during his stay at home had attempted to take a book out of the Greenville Public Library branch intended for use by Black patrons. The branch of the library did not have the book that he was looking for, but it was at the whites-only branch in town. Jackson later would organize the sit-in of the Greenville Eight, Jesse Jackson, Dorris Wright, Hattie Smith Wright, Elaine Means, Willie Joe Wright, Benjamin Downs, Margaree Seawright Crosby, and Joan Daniel.

The eight students entered the library on July 16, 1960 and knew that they faced arrest should they stay. Bravely they began to browse the shelves and do the normal things that one would in a library. They faced harassment from white patrons, all of whom reportedly left and after the eight were arrested, a social, legal, and moral battle would ensue to determine the future of library use for all people. This sit-in prompted the ultimate battle for the desegregation of the library in Greenville and indeed across the country. The Greenville News reported contemptuously that “The white people of Greenville are not going to pay additional taxes to support an expanded institution which is going to be subjected to constant harassment simply because the equal facilities happen to be segregated.” The Mayor of Greenville’s ultimate response was to close all branches of the library to all people but after a series of motions, the library was ordered reopened on September 19th “…for the benefit of any citizen having a legitimate need for the libraries and their facilities.”