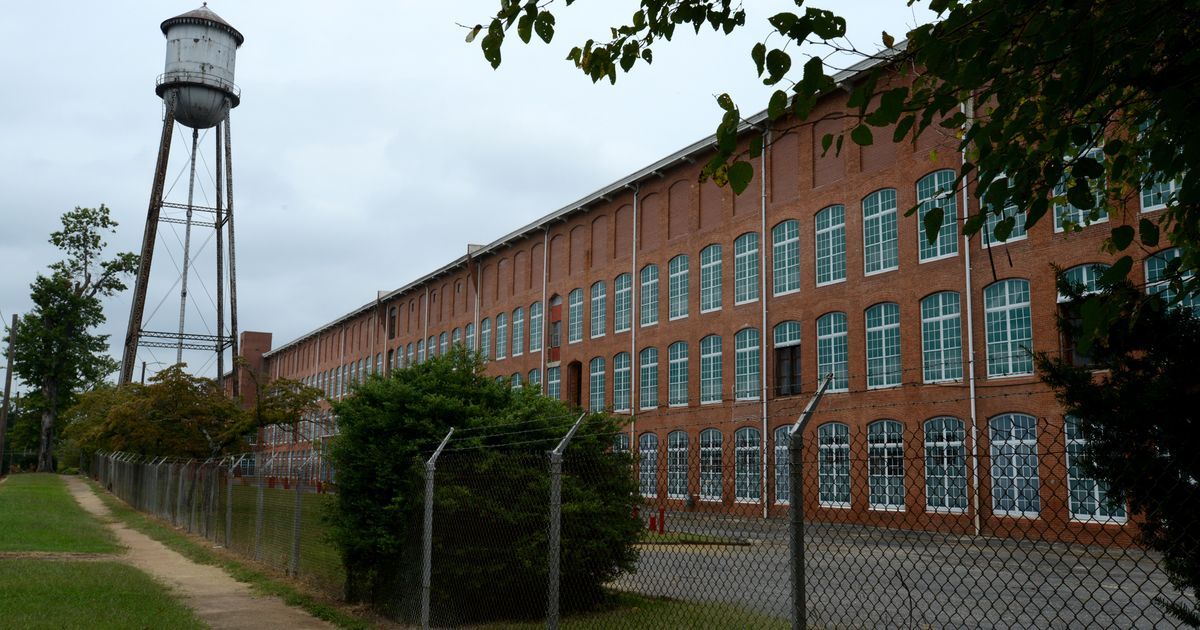 The Woodside Mill was the cornerstone of the business empire in Greenville, SC. This mill was built by John T. Woodside in the year 1902. Woodside Mill would continue to grow, becoming the largest complete cotton mill in the United States, at its biggest period of growth it would come to house over 120,000 spindles. It would grow to become a village of houses, baseball fields, and churches. It was listed on the National Register of Historic Places in 1987. 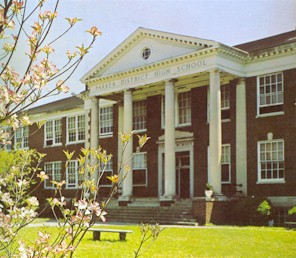 Founded in 1923, Parker High School was a significant turning point for higher education regarding students in the mill villages surrounding Greenville, SC. The school would grow to become a standard of excellence becoming named a Top 10 School in the Nation between the years of 1955-1971. During the 1930s the school gained an auditorium, which would later become a significant example of the Works Progress Administration. The auditorium was added the National Register of Historic Places in 1996.

The American Spinning Company Mill No. 2 building was constructed in 1902. The five-story brick structure housed textile manufacturing operations until 1990. The complex was listed on the National Register of Historic Places in 2016; in the same year, the property was sold to developers. There are plans by the new owners to rehabilitate the building into apartments or condominiums, like has been done successfully in some of the other brick behemoths in the region that once housed textile mills. State and federal tax credits have helped spur adaptive reuse in South Carolina, deemed by some as "mill madness." As one developer stated, where else are you going to find 18-foot-tall ceilings, 10-foot-tall windows, exposed brick, plus a piece of history? 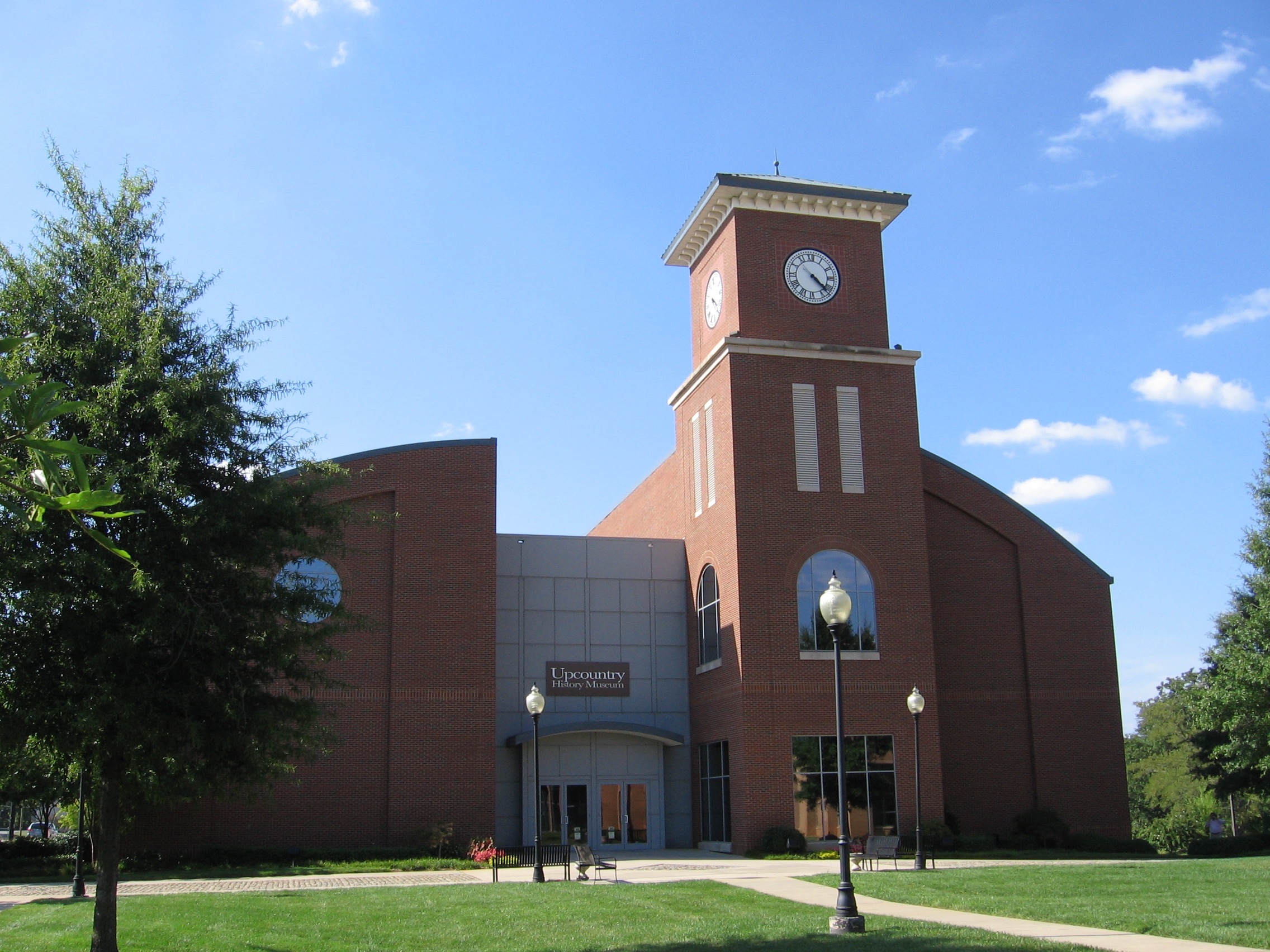 What was once an Indian Frontier is now the political and economical hub of upstate South Carolina. The Upcountry History Museum highlights the history of the this area, which ranges from its northern North Carolina border, along the Appalachian Mountains, to the Western part of the state bordering Georgia, and the central plains in between.

Considered the premier American art museum in the South, the GCMA is home to the world’s largest public collection of watercolors by iconic American artist Andrew Wyeth. The GCMA also has an impressive collection of paintings and prints by contemporary artist Jasper Johns. Ranging from Federal portraits to contemporary abstractions, the GCMA’s acclaimed Southern Collection invites viewers to survey American art history through works with ties to the South. Of particular note is the exhibition The Content of Our Character: From States Rights to Civil Rights. 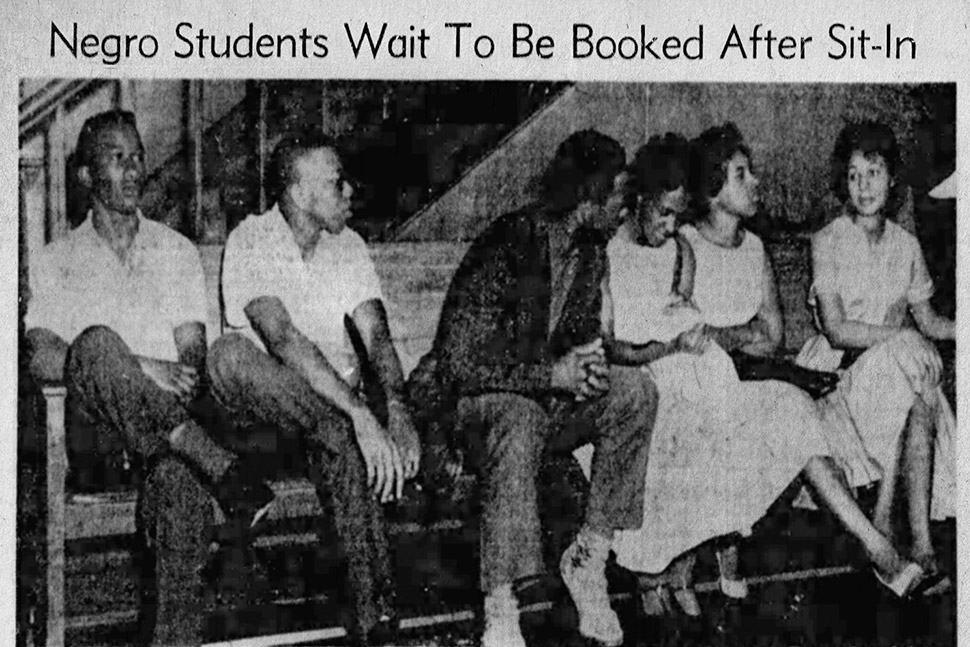 The Greenville Eight (site of the 1960 library sit-in)

The site that is now a parking lot next to the Municipal Court building in Greenville was once occupied by the Greenville Public Library. Like virtually public facilities in the South, the library was segregated, with the main branch on Main Street serving white patrons only. The "colored" branch was housed on East McBee Avenue and held a fraction of the books that the main branch had. In 1960, eight African American students (including Jesse Jackson) held a sit-in at the main branch and were arrested for disorderly conduct. Their actions led to the desegregation of Greenville's libraries later that year. 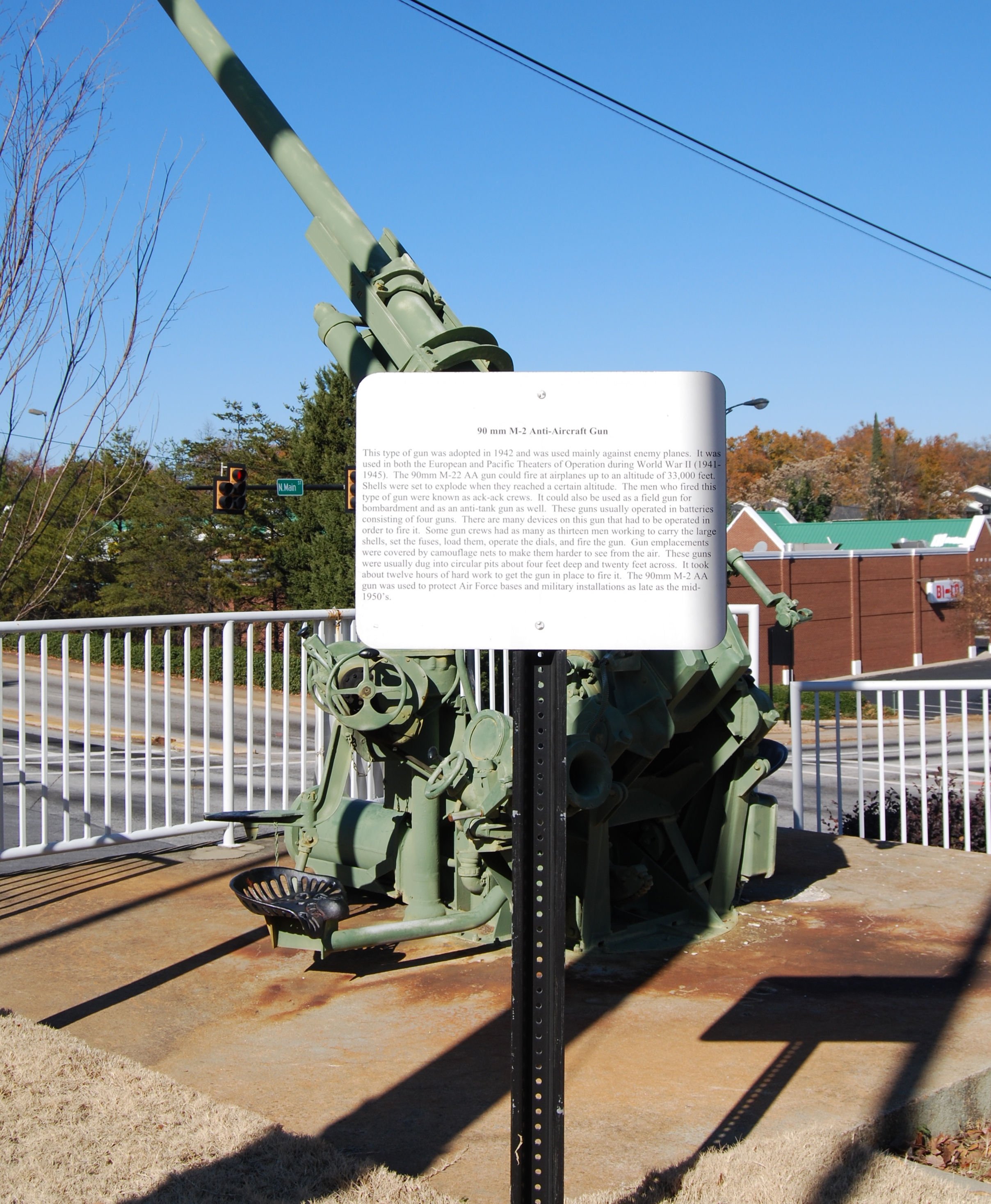 The Greenville American Legion includes a small museum inside the building along with static displays of military equipment such as a 90 mm M-1/2/3 Anti-Aircraft Gun that was used throughout WWII and Korean War. Inside the building, one can see historic uniforms, medals, weapons, and artifacts from the Civil War to current conflicts. 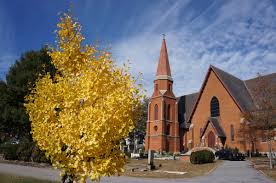 Originally built in 1825, Christ Church is the oldest church building in the city of Greenville,SC. In the year 1845, the church would be rebuilt due to the expanding congregation and have a courtyard added on to it. Throughout the years the church body continued to grow to 4,000 members and would charter a connecting school. The church is now currently listed under the National Register of Historical Places.

Constructed in 1897, this building was originally home to the Stradley & Barr Dry Goods Store. The mercantile business was established in Greensville in the era of Reconstruction and changed names in 1883 when one of the three partners retired and his share of the business was purchased by Stradley and Barr. The store offered a variety of goods, including clothing for men and women including an early advertisement for "the best 50 cent corset made." By 1904, Stradley and Barr had parted ways and operated competing dry goods stores a few blocks apart, with Barr's Dry Goods in this South Main building and C. D. Stradley & Co. two blocks north. Efird's Department Store occupied the ca. 1898 structure by 1919. This commercial building was listed in the National Register in 2008. 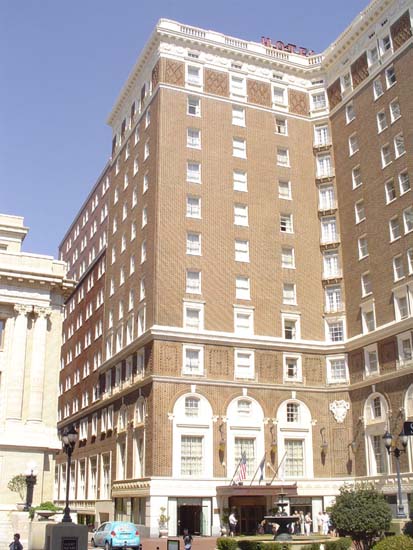 A skyscraper reaching 12 stories high, the Poinsett Hotel is every travelers dream. This famous hotel was built during the peak of Greenville's "building boom". It's interior and exterior feature magnificent woodwork and prestige construction. The hotel grew to become one of the most popular hotels of the 1940s-1950s in all of South Carolina. It hand many setbacks in the later years but it has now reopened and is better than ever. 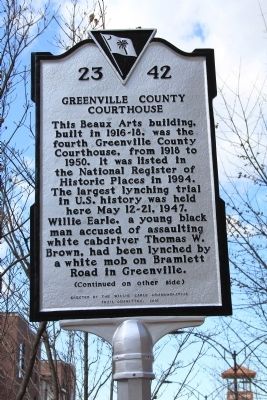 The Greenville County Courthouse was built in a Beaux Arts Style and completed in 1918. The Courthouse served as the headquarters of county government until 1950. Three years prior to the transition, this historic courthouse hosted one of the most controversial trials of the era. The trial involved charges against white men who had murdered Willie Earle in public. Thirty-one white men were charged in the murder, but despite clear evidence of their participation in Earle's lynching, the all-white jury found each of the defendants not guilty on all counts. The trial led to increased awareness of the difficulty in securing justice for African American victims of lynching. 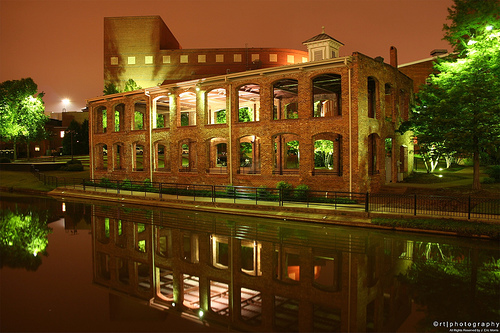 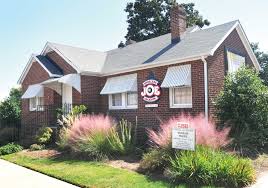 Opened in 2008, the "Shoeless" Joe Jackson museum is home to the famous baseball player Joe Jackson. Jackson is most famously known for his involvement with the "Black Sox' scandal of 1919. The museum is located in his original home in Greenville, SC where he lived and died. Inside the museum are an array of displays of artifacts, photographs, films, and other items associated Jackson's life and baseball career. This museum has been locally funded and volunteer operated since its opening. 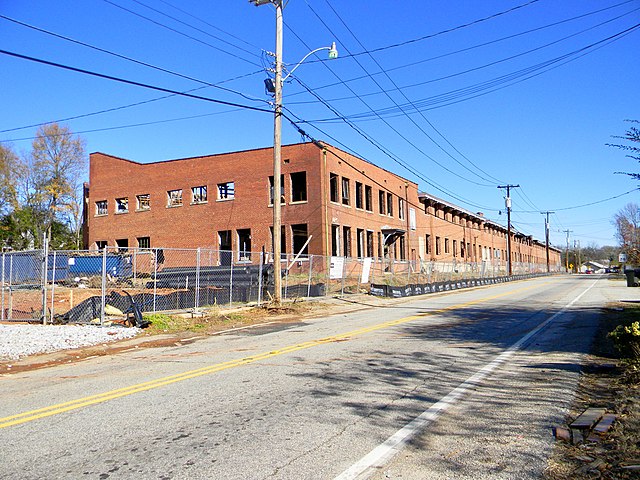 Edmund Warren Montgomery was a successful cotton merchant and broker in upstate South Carolina. His business, the E. W. Montgomery Company, became one of the largest cotton businesses in the country. The E. W. Montgomery Cotton Warehouse building in Greenville was purchased by Montgomery in 1933 and was converted into the company's headquarters. The company bought and sold cotton to send to textile mills across Eastern North America, Canada, and Europe. Montgomery operated from this office building/ warehouse until his death in 1962. The building was converted into multi-family housing in the 1980's and contained 74 apartments for about twenty years until it was abandoned. It was listed on the National Register in 2012 and is being gutted to create 60 new loft apartments, retaining the historic exterior.