The Moss Mansion was built in 1903 by Preston Moss and was designed by a famous designer named Henry Janeway Hardenbergh, who also designed the Waldorf Astoria and Plaza Hotels. The mansion was built for the prominent Moss family and was occupied by the family until the mid-1980s. The mansion is featured in a few films such as: Son of the Morning Star and Return to Lonesome. The mansion is listed in the National Register of Historical Places and is an ideal venue for any occasion. The mansion still contains all of the furnishings and personal artifacts that belonged to the Moss family. 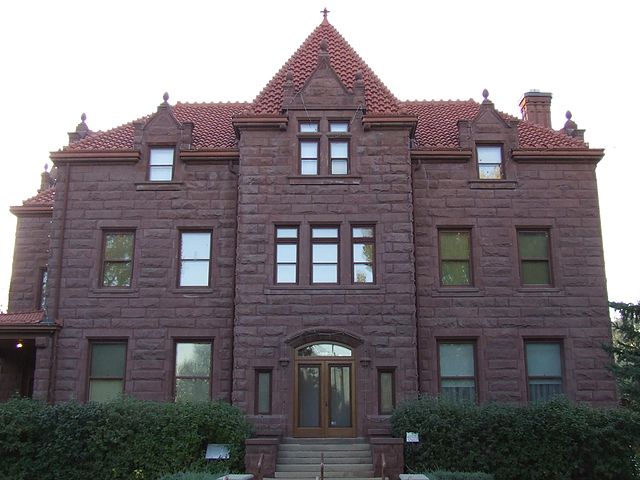 Another view from outside the Moss mansion 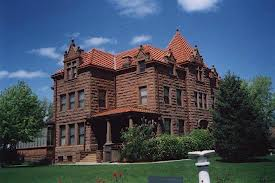 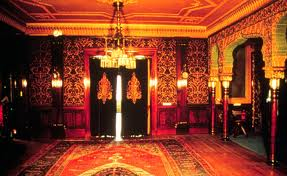 View of another room in the mansion 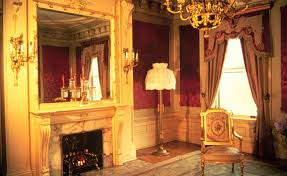 The Moss Mansion was built in 1903 by Preston Boyd Moss, and was designed by Henry Janeway Hardenbergh; who was also the designer of the original Waldorf Astoria and Plaza Hotels. This mansion is three stories tall, contains twenty- eight rooms, is on two acres of land, and costed $105,000 dollars to build and furnish. The twenty- eight rooms consist of: parlors, dining rooms, bathrooms, closets, libraries, sitting rooms, and garden rooms. There had to be plenty of room in this house for the large family, and their servants.

Mr. Moss was born in Paris, Missouri in 1863 during the time of the Civil War. He attended Kemper Military Academy in Booneville, Missouri for high school and junior college. After junior college, he attended Harvard for a year, and ended up finishing his education at Eastman Business College, which was in Poughkeepsie, New York. He worked for his father in a bank and soon learned the business. He used his knowledge in banking to create his own business, and purchased several lumber yards.

Mr. Moss met a woman named Martha Jackson, who was a college educated woman, and was thought to be talented in music and art. The two were married in Paris, Missouri on June 5, 1889. They had their first child, Woodson Jackson Moss on April 17, 1890, and their second child Kula on December 29, 1891. The Moss family moved to Billings, Montana in 1892, where Mr. Moss became a significant businessman. He created the first ever dial telephone company, and formed a newspaper which led to the establishing of the Billings Gazette. He also started a central heating plant, as well as the Billings Utility Company. Mr. Moss also became a leader in the Masons' Montana State Organization, and he served on the Billings School Board. He was known for making a difference in children’s lives by improving the public education that was offered.

Their children became: ranchers, mangers of the home, and workers of either a business of the family, or the railroad. Most of their children got married except for their daughter Melville. She became the caretaker of the Moss Mansion, and managed to get the home listed on the National Register of Historic Places. In 1982, the home was sold to the City of Billings, and is now overseen by the Montana Historical Society.

Today, the Moss Mansion is still listed in the National Register of Historical Places and has actually been on a couple movies such as: Son of the Morning Star, and Return to Lonesome Dove. All of the original fixtures, drapes, carpets, and furnishings still remain in the home, and each room still contains items which belonged to members of the family. Some of these items include: quilts, a harp, paintings, and many china patterns. Also, the wood paneling, gold threaded walls, hand painted walls, marble fireplaces, and elegant doorways are the same as when the Moss family left them. The call button system which was meant for the servants, is also still in the mansion and is an interesting piece of technology from that time period. Many events such as weddings, baby showers, tea parties, and private gatherings are held in the mansion; it is seen as the ideal venue for any occasion.