Stella at the Spring and A Young Native American

Two sculptures by Mischell Riley -- one depicting a young Native American man, and the other a young pioneer woman -- stand in front of the Roger T. Sermon Community Center. Nearby, a pioneer cabin and historical marker mark the location of an old spring used by both indigenous peoples and settlers. A Trail of Death memorial commemorates the forced removal of the Potawatomi (Neshnabe) people to this area in 1838. 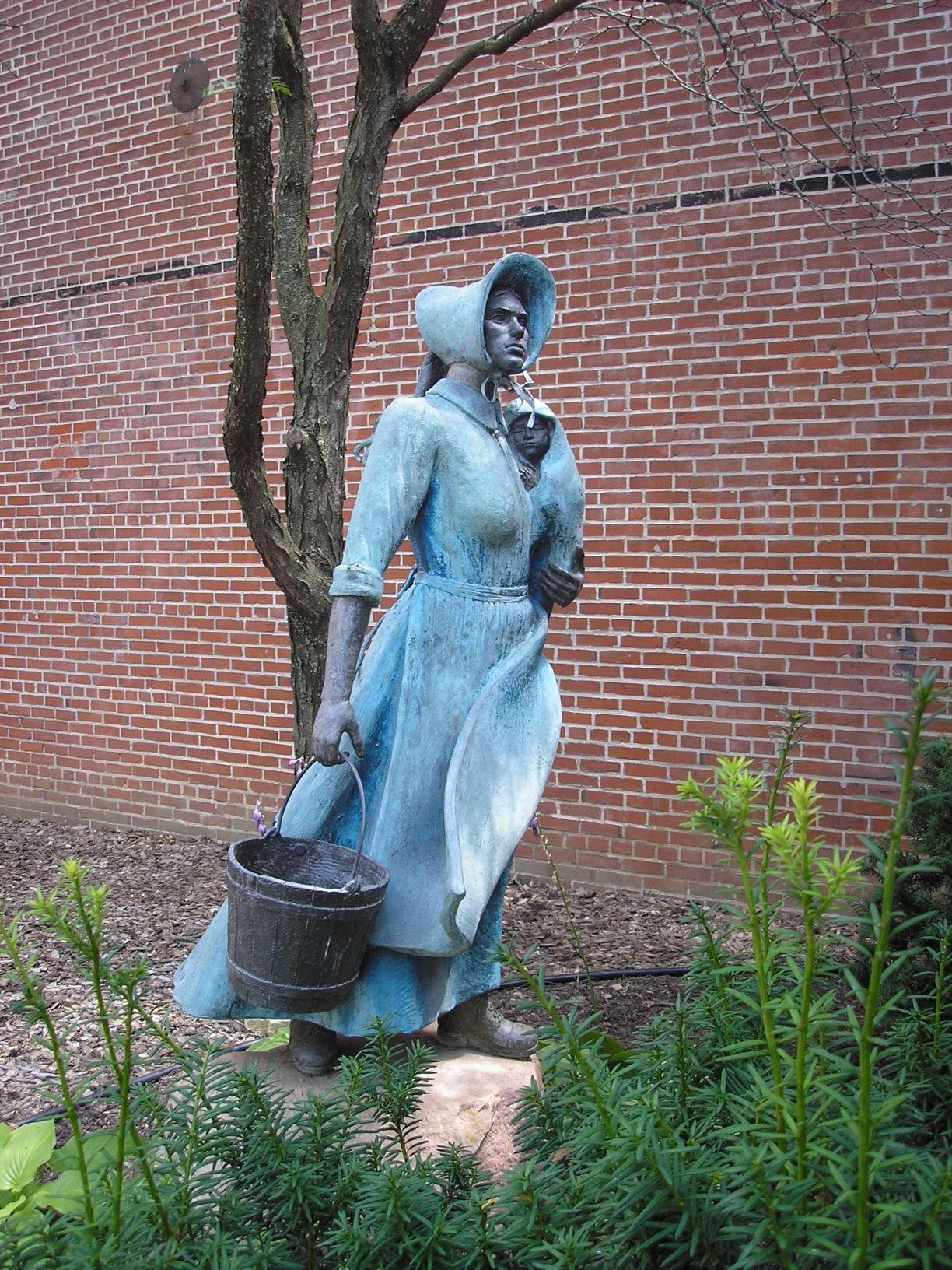