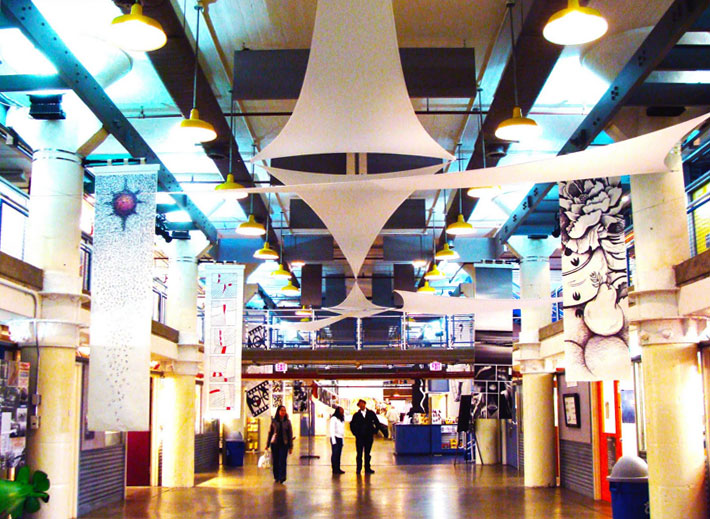 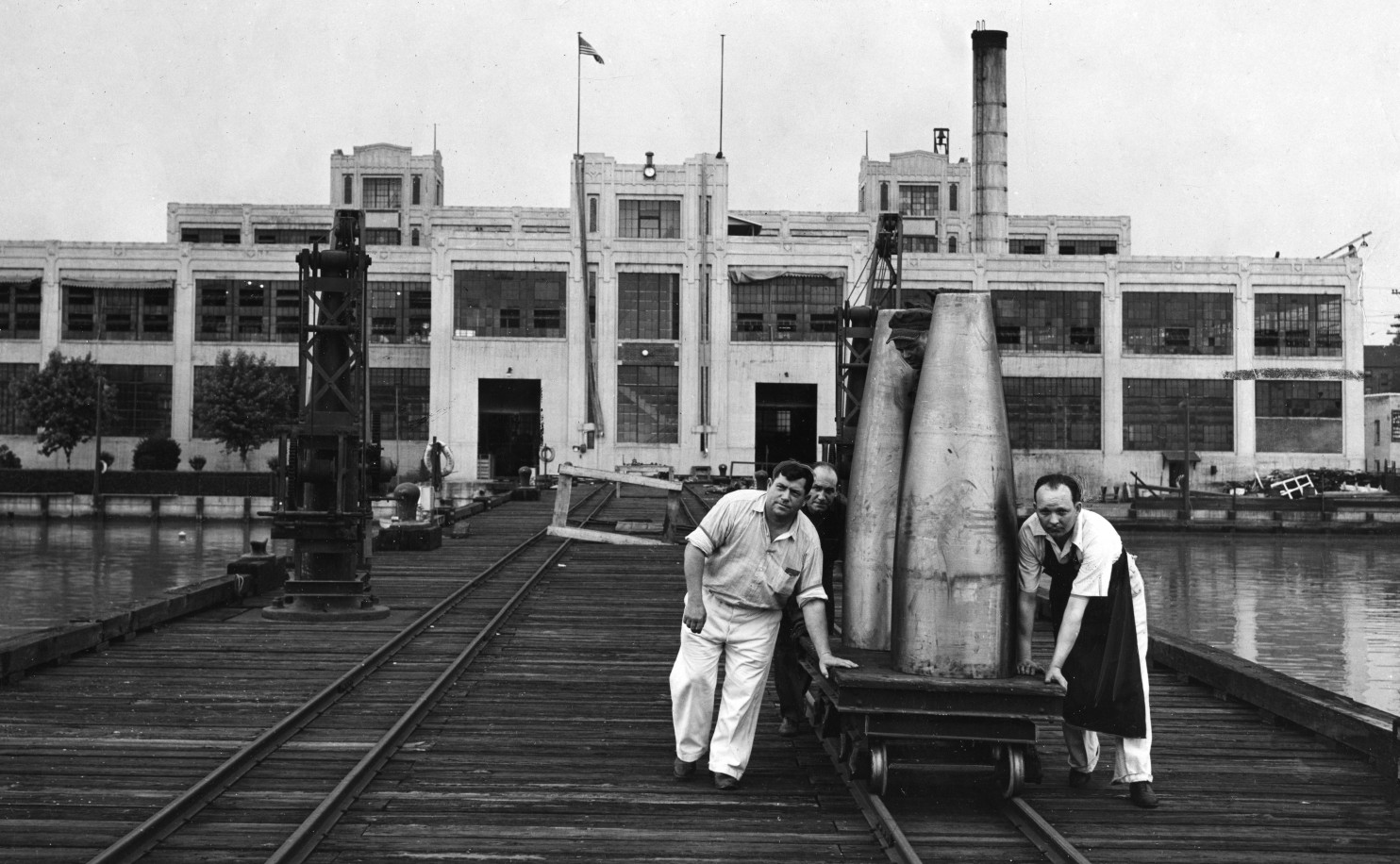 Aerial view of the NTS, circa 1920 (image from the Torpedo Factory Art Center) 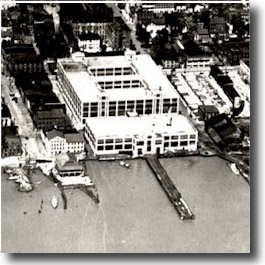 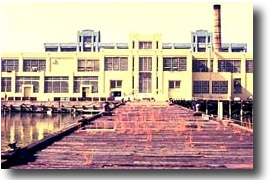 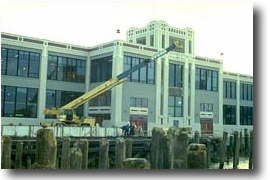 Just one day after the official end of World War I, on November 12, 1918, the United States Navy began construction on the U.S. Naval Torpedo Station (NTS) on the site of an old wharf on North Union Street. The NTS was classified as top secret and no photos of the facility were released until the end of World War II. The first run of munitions were 908 Mark III aircraft torpedoes manufactured between 1919 and 1923. During World War II, the factory expanded into a complex of 11 buildings, where Mark III's and bright green Mark XIV submarine torpedoes were constructed. The first of the Mark XIV torpedoes produced at the NTS was finished on April 1, 1941 and shipped out with the U.S.S. Gudgeon. Though the U.S. had yet to enter the war, the military was preparing for the possibility. In four years, the NTS produced 9,918 torpedoes (tested at Piney Point, Maryland), as well as airplane-mounted rocket motors. 1,451 enemy ships were sunk or damaged with NTS-constructed munitions.

An employee newsletter, The Torp, was published monthly, running news about the war (especially workers who had gone overseas), bond drives, employee poetry, and worker events such as talent shows, bowling competitions, and basketball games. A set of 150 wooden duplexes, called Chinquapin Village, was constructed three miles from the plant to house workers, who were bussed to and from the factory each day.

After the end of the war in 1945, the plant became a storage facility for dinosaur bones, Smithsonian art, Congressional documents, and German war films and records. The City of Alexandria purchased the complex in 1969, and Art League President Marian Van Landingham, backed by the Alexandria Bicentennial Commission, proposed to utilize the buildings for studio space for artists. The Torpedo Factory Artists’ Association was formed, and Van Landingham became the first Art Director.

Renovations began in May of 1974. Volunteers and city workers  removed 40 truckloads of debris, built new walls, re-worked the electricity and plumbing, and painted the exterior. Studio walls were built, electricity and plumbing expanded; all by July of the same year. The Torpedo Factory Art Center opened its doors to the public on September 15, 1974. After extensive remodeling, a grand re-opening was held in 1983.

Now, the art center offers access to 82 studios and two workshops (fiberworks and printmakers), seven galleries, art classes, a cafe, and the Alexandria Archaeology Museum, which offers rotating exhibits on local archaeology, public archaeology "Dig Days" and "Adventure Lessons" with hands-on activities, and the permanent exhibit, "A Community Digs Its Past: The Lee Street Site" which presents a one-block "microcosm" of the city [1], from the 18th and 19th centuries, including wharves, homes, shops, industries, and military facilities.