Constructed originally as a bank in 1852, the Athenaeum is a building with a history of serving many purposes. Though it is currently the home of the North Virginia Fine Arts Association, it has been used as a bank, office space, and a base of operations for a pharmacy business. Today, the Athenaeum houses many different forms of art, allowing visitors to enjoy a wide variety of artistic exhibits and performances.

A view of the Athenaeum. 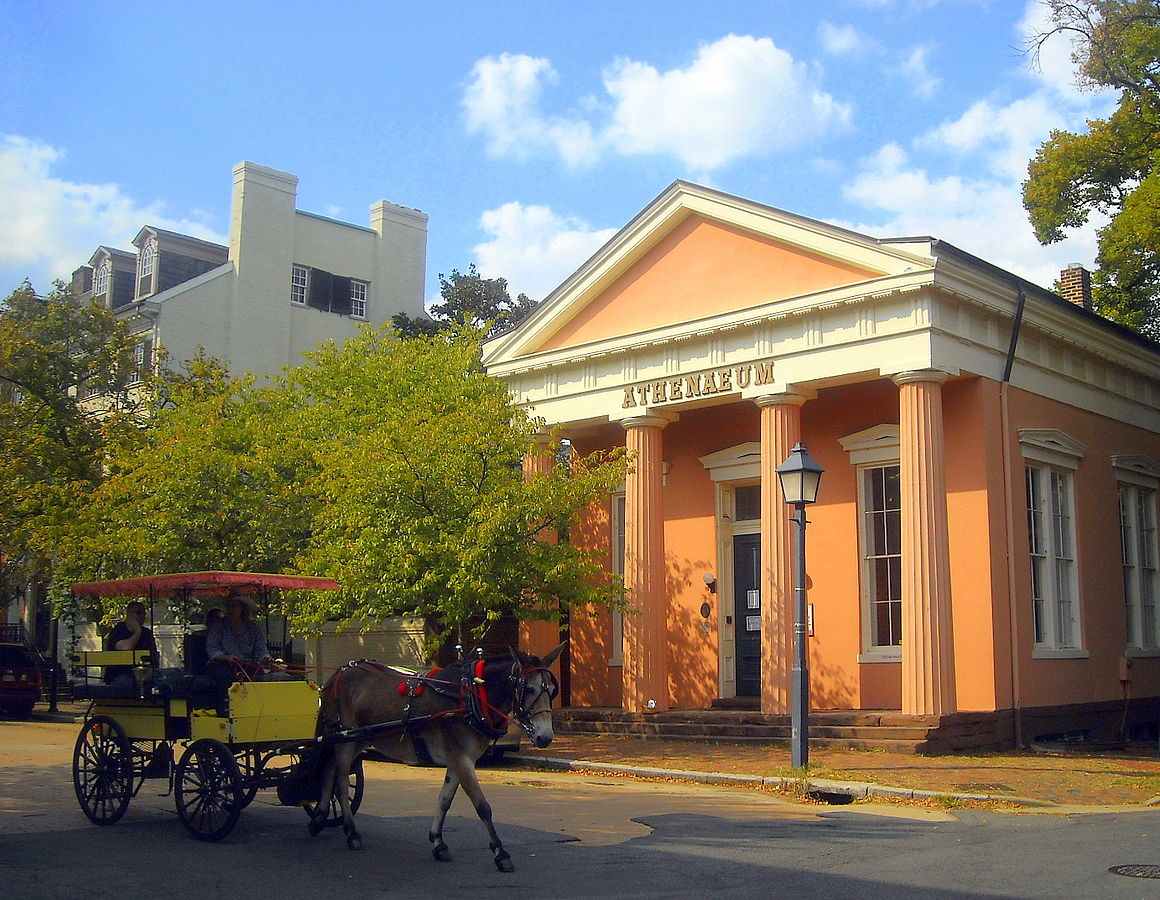 Surveyed by President George Washington, the Athenaeum was built originally as the Bank of the Old Dominion. The bank was open to a wide variety of clients in the area, and it remained active until the beginning of the American Civil War. When the Union overtook Alexandria, the Bank was repurposed into the Chief Commissary Office of the U.S. Commissary Quartermaster. This was short-lived, however, and the Bank building was shut down in 1862. The Bank remained inactive until 1870, when it was repurposed as the First Virginia Bank.

In 1907, the Bank was purchased by the firm Leadbeater and Sons, and was used as the building which they based their pharmacy business out of until 1925, when the building was used as a place of worship for the Free Methodist Church of North America. The Church retained use of the building until 1964, when the building was purchased by the Northern Virginia Fine Arts Association. The Association restored the building and named it the Athenaeum, becoming a center for the perpetuation and preservation of fine arts of all kinds. The Athenaeum continues to serve this purpose today, and has found its place in the National Register of Historic Places.

Thursday, Friday and Sunday from 12–4 pm and Saturdays from 1–4 pm.