On May 28, 1963, Tougaloo College students Pearlena Lewis, Anne Moody, Trumpauer Mulholland, and Memphis Norman, along with their sociology professor, John Salter, sat at the whites-only lunch counter to challenge segregation. For three hours, the group endured insults and attacks by an increasingly violent white mob. Memphis Norman was physically thrown from his seat and kicked in the head as he lay on the floor. The rest of the white mob slapped the protesters, hit them with items from the lunch counter, and even burned cigarettes on their skin. Others dumped drinks on the protesters or laughed as others covered them in sugar, mustard, and ketchup. Jackson Daily News photographer Fred Blackwell took the now iconic photo of the sit-in that depicted the anger of the white mob.

This iconic image of the Jackson Woolworth sit-in has come to symbolize the modern civil rights movement. At left sits John R. Salter, Jr. (a Native American who would change his name to Hunter Gray), Joan Trumpauer (later Joan Mulholland) one of two whit 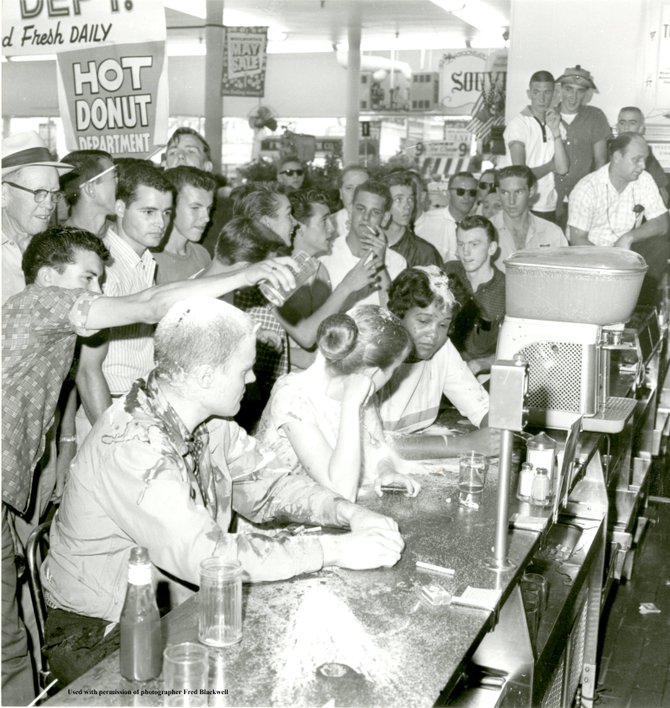 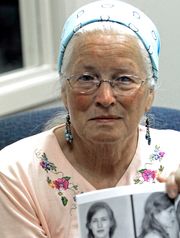 The historic marker was placed near the location of the downtown Woolworth, Photo by Bruce Guthrie 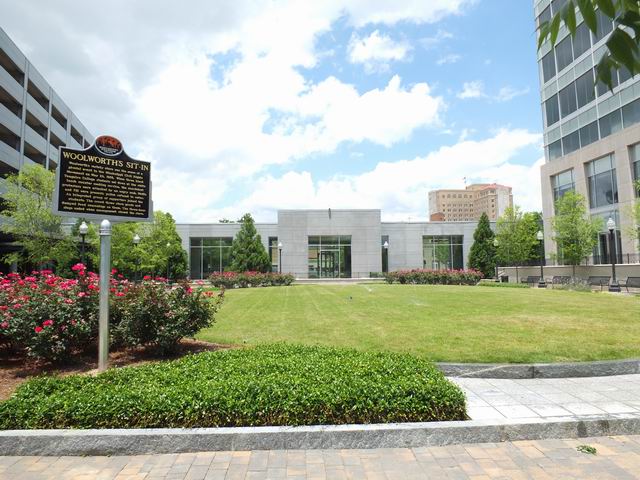 Anne Moody later published the best-selling book "Coming of Age in Mississippi" based on her experiences. Joan Trumpauer Mulholland worked for Tougaloo College and attended the dedication of the historical marker in 2013. "Segregation was unfair," she recalled believing in 1963. "It was wrong, morally, religiously. As a Southerner—a white Southerner—I felt that we should do what we could to make the South better and to rid ourselves of this evil. While much work is still to be done, I am glad that we are at a point in history when we can come together to honor these past efforts."

John Salter was the head of the Jackson MS NAACP Youth Council and a sociology professor at Tougaloo College. An oral history interview of his experiences in the movement and beyond appears below.