Cathedral of the Sacred Heart

The Cathedral of the Sacred Heart in Richmond, Virginia is the seat of the Roman Catholic Diocese of Richmond. Consecrated in 1906, this is the only cathedral at the time whose construction is known to be entirely financed by the exclusive patronage of a single family. This cathedral is considered to be Virginia's finest ecclesiastical example of Italian Renaissance Revival style. Today, it continues to serve the Richmond parish as a place of worship, community, and ministry. 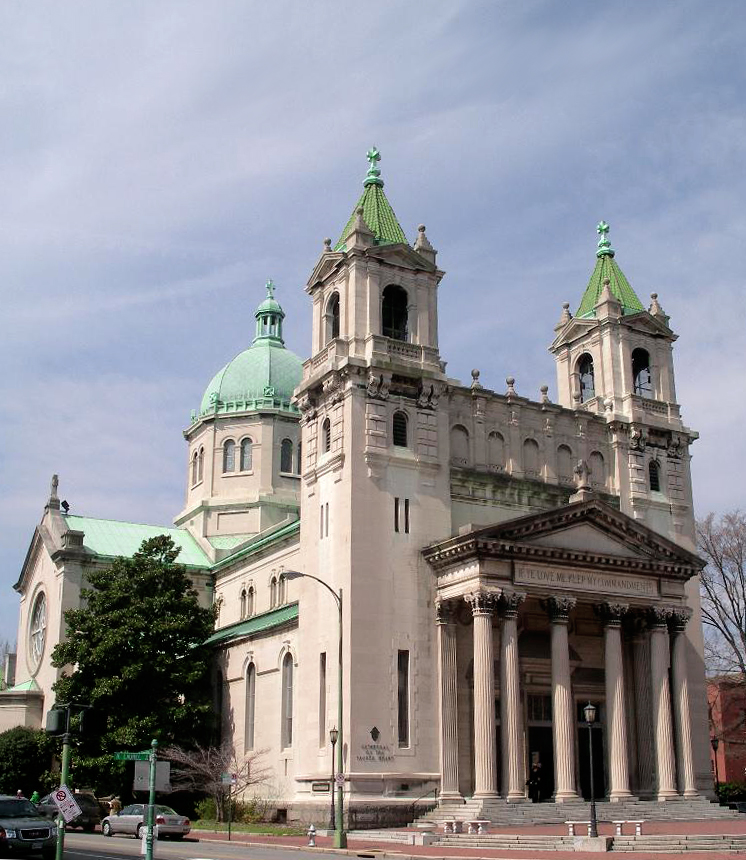 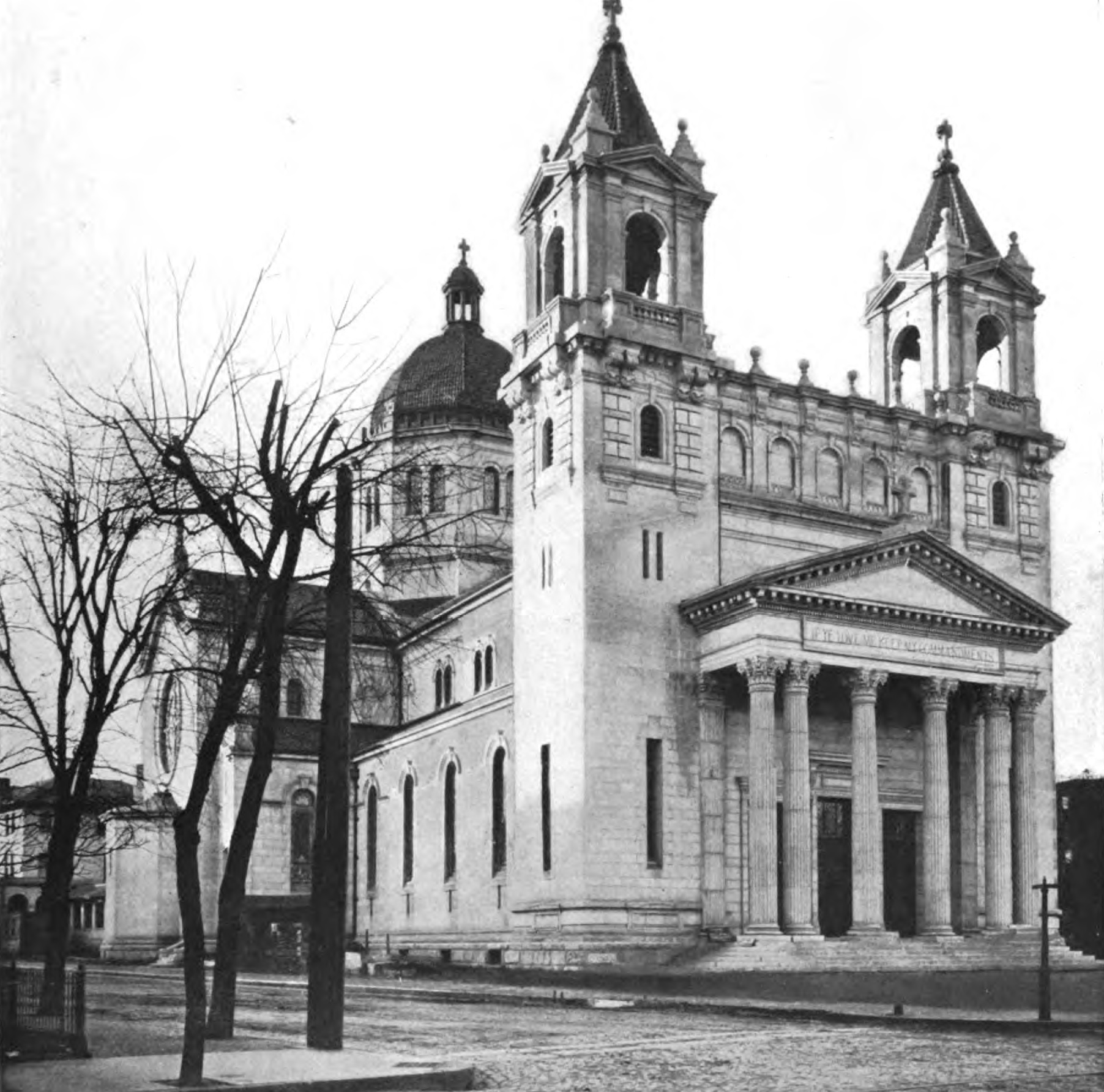 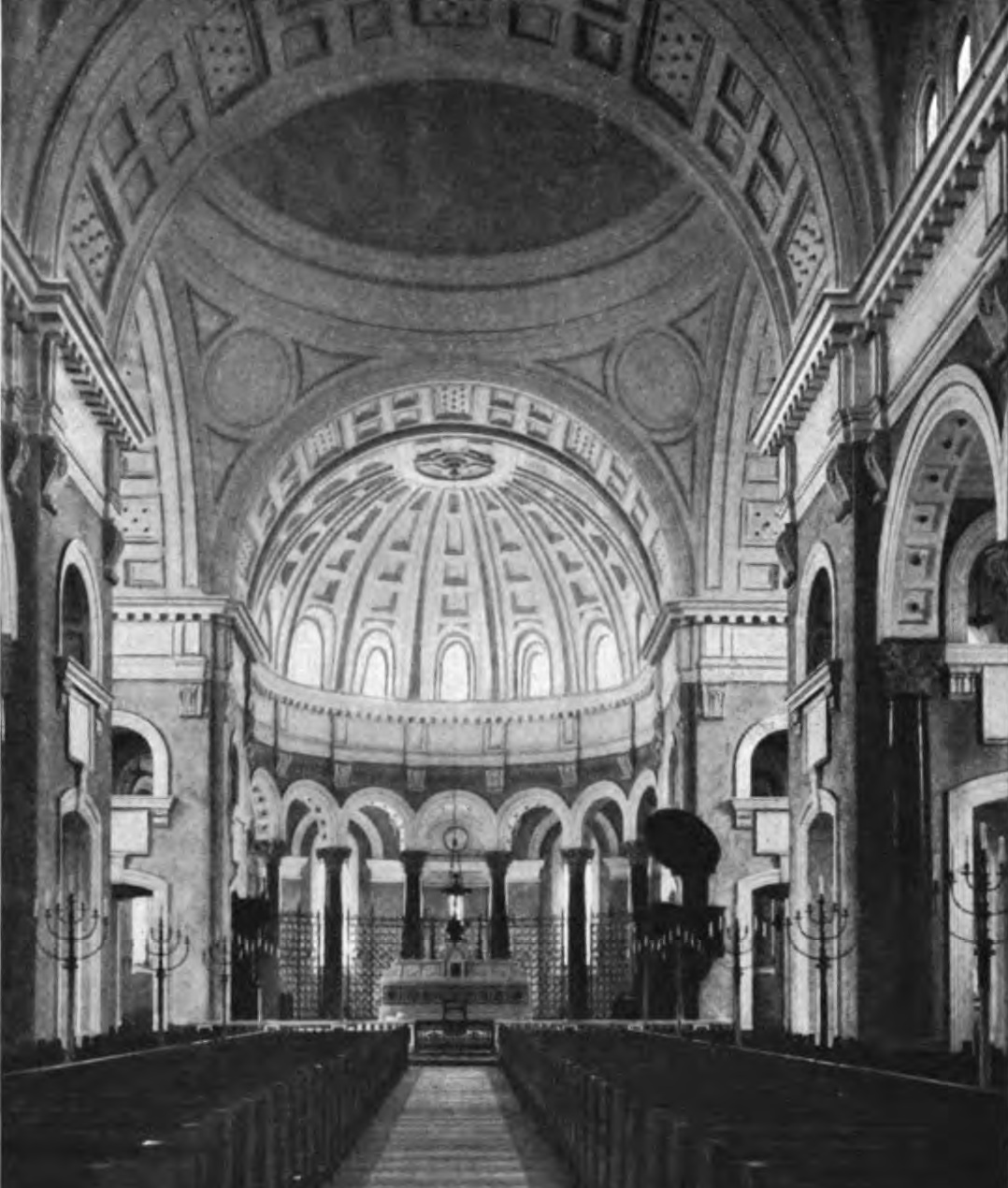 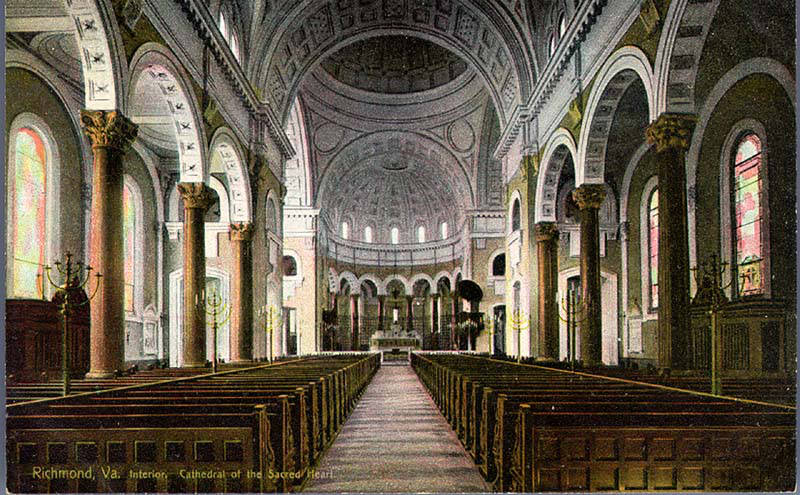 The first Catholic Cathedral in Richmond, Virginia was constructed on 800 East Grace Street in 1834. At the time, Richmond had a modest population of only 16,000 people. In 1867, following the Civil War, the growing population prompted Bishop John McGill to purchase property in the far west end of the town. A lack of funds, however, prevented further action.

In 1884, a substantial monetary contribution from entrepreneur Thomas Fortune Ryan and his wife, the philanthropist Ida Mary Ryan, allowed work to proceed on the project. The funds permitted the purchase of additional property on the block and for construction to begin. The Cathedral of the Sacred Heart, built from 1903 to 1905, would allow local worshipers to attend services without crossing the James River. This is the only cathedral at the time whose development is known to be entirely financed by the exclusive munificence of a single family. The consecration ceremonies, held on Thanksgiving Day in 1906, were attended by numerous eminent Catholic dignitaries from across the country.

The Ryans chose Joseph Hubert McGuire as the church architect. The cathedral and its accompanying structures—which include cloisters, diocesan gardens, and the episcopal residences—span the entirety of the block. Architecturally, it is considered to be the the finest example of ecclesiastical Italian Renaissance Revival style in the State of Virginia. The exterior is constructed from local granite and limestone from Indiana. The roofing is composed of ceramic tiles and is topped with a 188-foot-wide copper-jacketed dome. Of particular note are the fireproof tiles that line the underside of the pediment—the work of the Spanish builder Rafael Guastavino. Two towers flank the basilica, rising 90 feet into the air.

Contemporary accounts reflect the quality of McGuire's work. Thomas Ryan so admired the design, he agreed to provide additional funds to construct the ornate edifice. Additionally, Mrs. Ryan donated the interior furnishings, also designed by McGuire. Since its consecration, several changes to the interior have been made, including the addition of the Limoges stained-glass windows visible today. The 61-bell Cathedral Carillon, manufactured by Van Bergen Foundries, Inc., was installed in 1995. Shortly after the consecration ceremonies, one Protestant laymen stated of the impressive cathedral:

Not alone as a church will the Cathedral of the Sacred  Heart be a power, for its beauty and artistic conception will stimulate and encourage the love of beauty of all buildings, whether secular or or[sic] churchly. The Cathedral will give Richmond an unchallenged precedence...and will further serve to make Richmond the capital and metropolis of this and adjoining States.1

Today, the Cathedral of the Sacred Heart continues to serve the community as the Mother Church of the Diocese of Richmond and as a local parish for its congregation. It is a Virginia Historic Landmark (designated 1981), listed on the National Register of Historic Places (listed 1982), and is a contributing property to the Monroe Park Historic District (designated 1984).

"About Us." Cathedral of the Sacred Heart. Accessed December 20, 2016. http://www.richmondcathedral.org/about-us.html.