Situated on a bluff overlooking the Schuylkill River, Laurel Hill Mansion is a two-story Georgian home constructed primarily of brick. It was built in 1767, most likely at the behest of Rebecca Rawle. It had additions added in the first half of the 18th century and was owned by prominent Philadelphia lawyer, William Rawle, beginning in 1819. It was also known as Randolph House after it was acquired by Dr. Jacob Randolph and his wife Sarah, in 1837. It was purchased by the city, along with other estates, in 1869 when Fairmount Park was established. It is now a historic home museum and was added to the National Register of Historic Places in 1972.

Laurel Hill Mansion originally consisted of just the center, two-story section. The north and south wings were added during the first half of the 19th century. 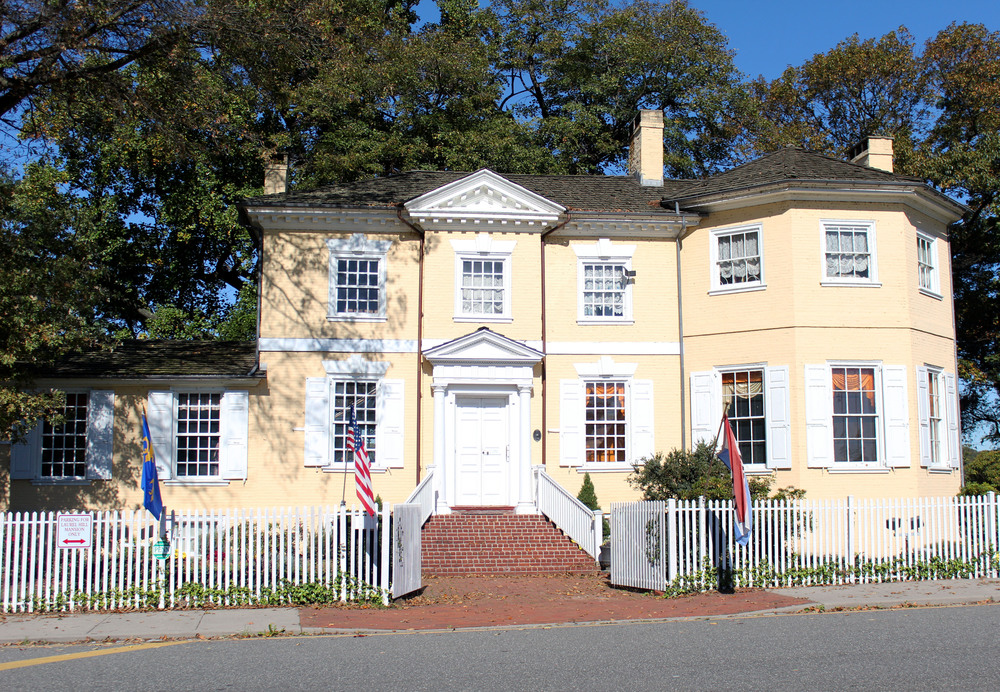 The view of the Schuylkill River from the grounds of Laurel Hill. 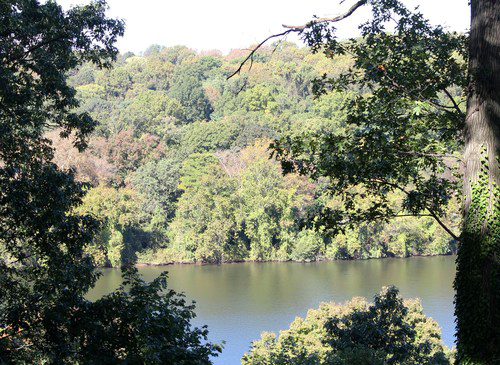 Laurel Hill's 1808 pianoforte, or early piano, sits in the mansion's music room which has hosted its Concerts by Candlelight since the 1970s. 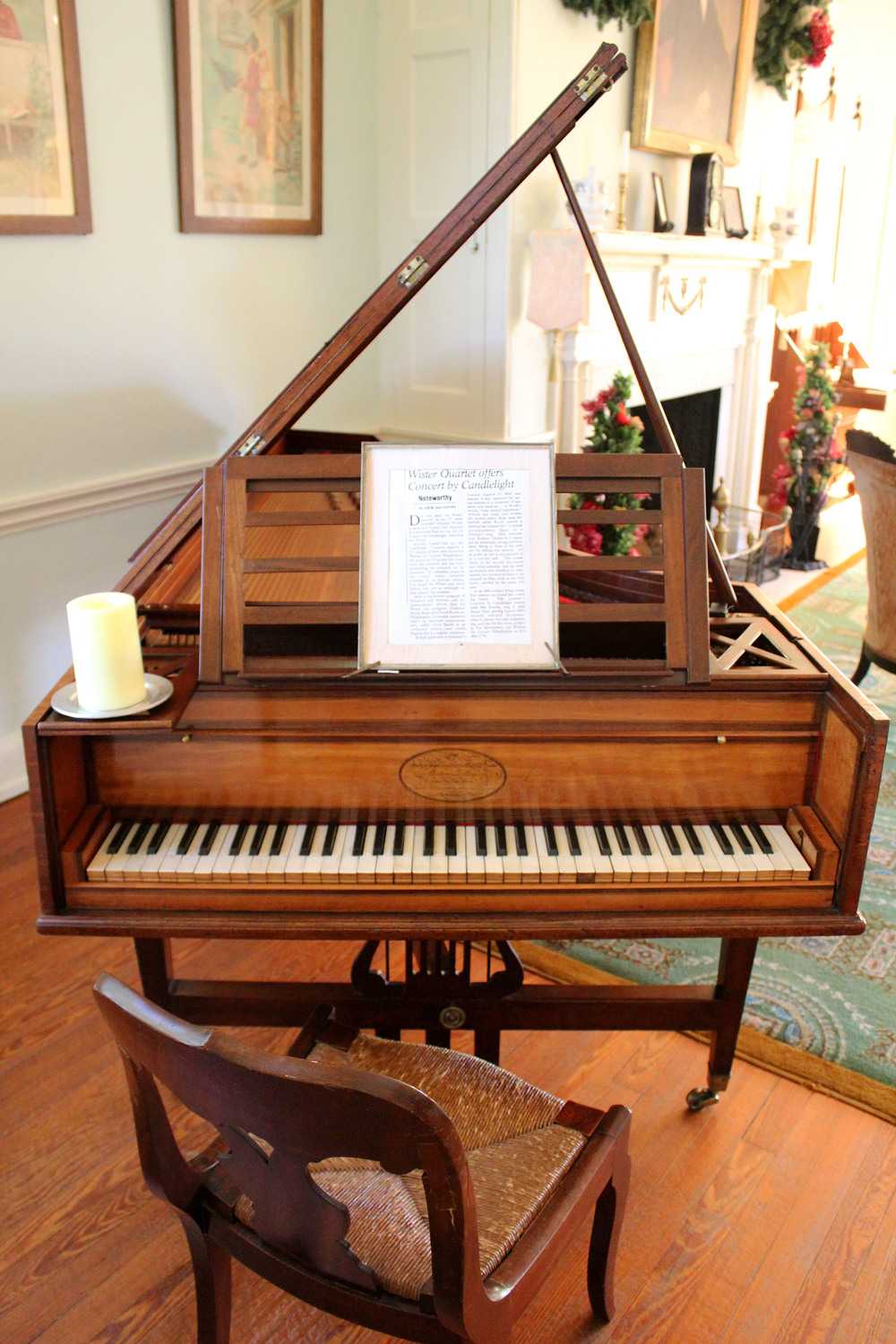 The mansion's kitchen, or north wing, was a very early 19th century addition. 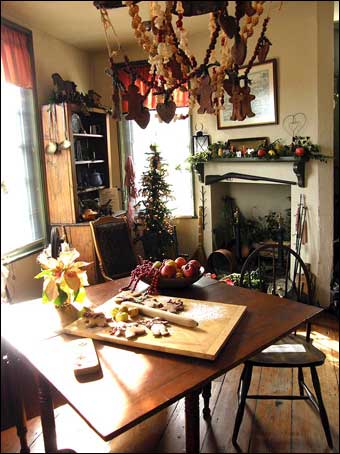 This bridal gown was shown during the mansion's Victorian Wedding exhibit. 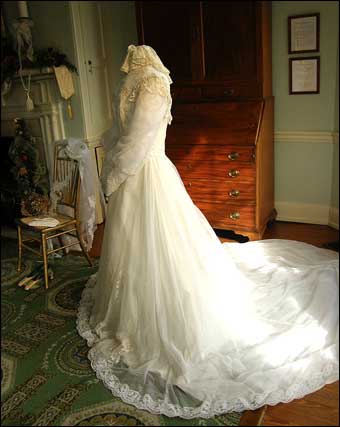 The land that is now home to Laurel Hill was purchased by Francis Rawle in 1760.  Unfortunately, he died in a hunting accident the following year.  His widow then remarried Samuel Shoemaker in 1767, the same year Laurel Hill was built.  Shoemaker held numerous municipal positions within the city, to include treasurer and mayor from 1769-1771.  After the British abandoned Philadelphia during the Revolutionary War, the American government found Shoemaker guilty of treason (he remained loyal to the British) and seized his land holdings.  Parts of the family, to include Rebecca, then fled to New York.  Samuel, his son and step-son eventually continued to England.  Rebecca managed to repurchase Laurel Hill after the war.

Rebecca’s son, William Rawle, inherited Laurel Hill in 1819.  This prolific Philadelphia resident held many offices, to include U.S. District Attorney, Trustee of the University of Pennsylvania, president of the Pennsylvania Abolitionist Society, president of the Historical Society of Pennsylvania and attorney and counsel for the First Bank of the United States.  He also wrote and published his “View of the U.S. Constitution” in 1825, one of the earliest documents on Constitutional law.  Lastly, he was the first chancellor of the Philadelphia Bar Association and the co-founder of Rawle and Henderson, the oldest active law firm in the United States.

William sold Laurel Hill to another Philadelphia leader, the “Father of American Surgery,” Dr. Philip Physick.  The good doctor passed in 1837 and Laurel Hill passed to his daughter and son-in-law, Sally and Dr. Jacob Randolph.  The estate was known as Randolph House until the name reverted back to Laurel Hill in 1976.  The Estate was eventually purchased by the city in 1869 and the land became one of the foundations for East Fairmount Park.

The historic estate is now maintained by the Women for Greater Philadelphia, a women’s nonprofit that was established in 1973 as the Women for the Bicentennial.  Their first major project, and major success, was the restoration of Laurel Hill.  It is now a historic home museum that has been restored to a style popular in the late 18th century.  Among its more impressive holdings are an 18th century Chippendale mahogany highboy gifted to the estate by the Rawle family in 1993 and an 1808 English Broadhead pianoforte.

The Women for Greater Philadelphia sponsor various special events at Laurel Hill, to include a holiday house tour, a masquerade party, and its Rooms in Bloom festivities.  However, Laurel Hill’s most popular event series is its Concerts by Candlelight program which has been running continually for over 40 years.