When it was completed in 1907, the former Davenport Hotel was regarded as one of the finest hotels in the Mississippi River Valley. Designed in the Renaissance Revival style, it features six-story towers surrounding a two-story main entrance, which resembles a portico. It also features decorative panels at the tower corners. The hotel boasted modern amenities including elevators, a dining room, private bathrooms, fireproof construction, and sample rooms for traveling businessmen. Its construction signaled the beginning of a period when other tall buildings and hotels were erected in the city. Today the old hotel is now an apartment building and also houses a community theater called the Mockingbird on Main.

Built in 1907, the former Davenport Hotel was considered one of the finest hotels in the region. It is now an apartment building and also houses a local community theater. 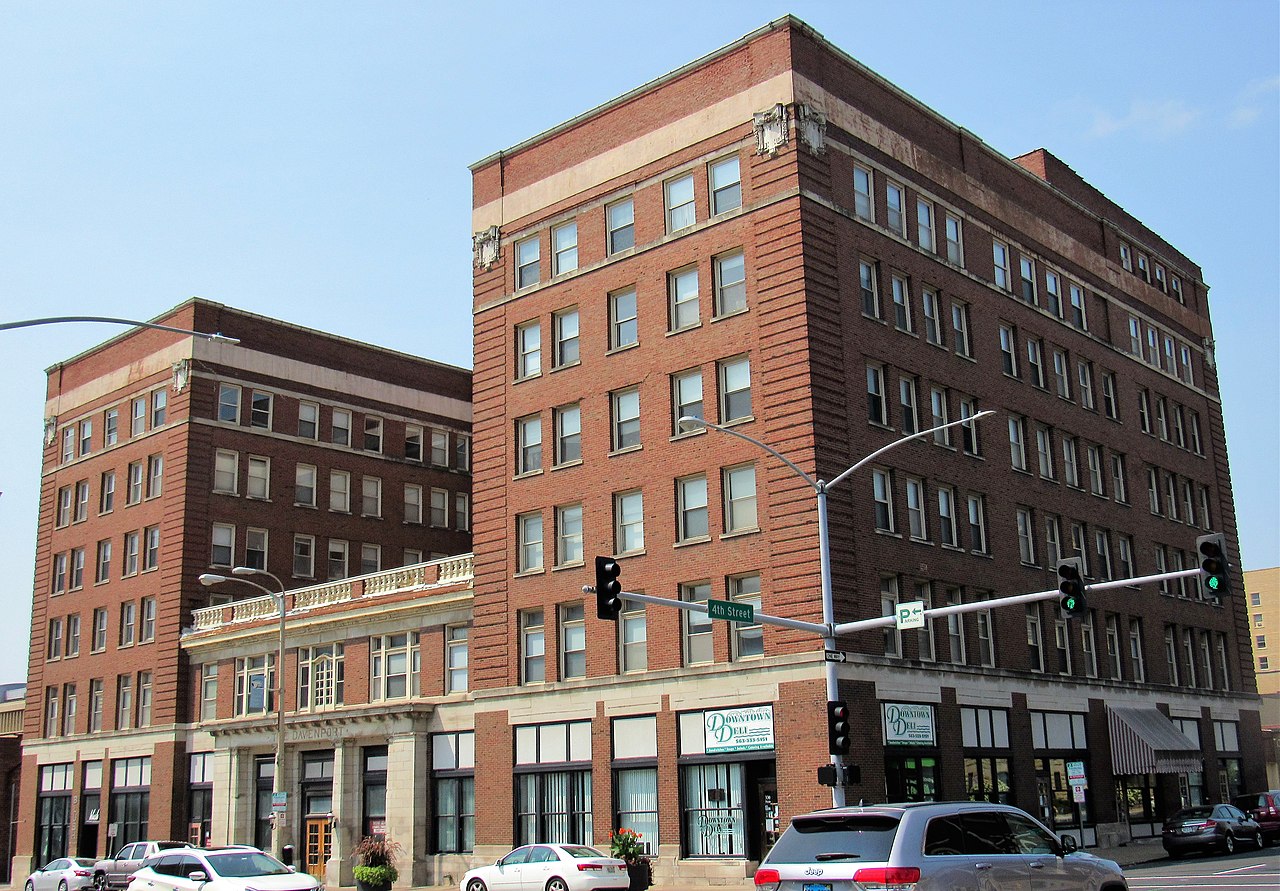 A group of stockholders formed the Davenport Hotel Company in 1905 to build a hotel that was situated halfway between two passenger train depots. In this way, the Davenport Hotel was also associated with the city's railroads. While the Davenport was an immediate upgrade to older hotels in the city, its success only lasted until 1915 when the more luxurious Blackhawk Hotel was built. In 1916, the company that owned the Blackhawk Hotel bought the Davenport, which continued to operate until the 1960s. It was converted into an apartment building and then renovated in the mid-1980s. The Davenport originally had a cornice but this was apparently lost when a fire damaged the building in 1939.