The largest stateside disaster of World War II occurred at this location on July 17, 1944. Port Chicago was a munitions base where Black seamen under the watch of white officers loaded munitions onto ships before they traveled to ships and munitions depots throughout the Pacific. The seamen were not always provided with adequate training or time to complete the dangerous work, and on that fateful day, an explosion aboard two cost the lives of a total of 320 men. 202 of those who died were African American enlisted men tasked with loading ships while the 118 white men were sailors aboard the ships and officers tasked with supervising the Black sailors in an era of racial segregation. An additional 390 men were seriously wounded in what became the worst homefront disaster in World War II. The Black seamen were ordered to continue loading ships shortly after the disaster. Citing the need for a review of loading procedures to prevent future accidents, the 328 Black seamen who survived the disaster decided to refuse their orders until greater safety procedures were in place. In response, the US Navy charged and convicted fifty of those men of mutiny as a "lesson" to any other Black men who might refuse their orders. The incident exposed the unequal and often unsafe conditions that resulted from segregation and revealed a gulf in the way white and Black Americans interpreted the incident. It also led to the largest trial for mutiny in the history of the US Navy. 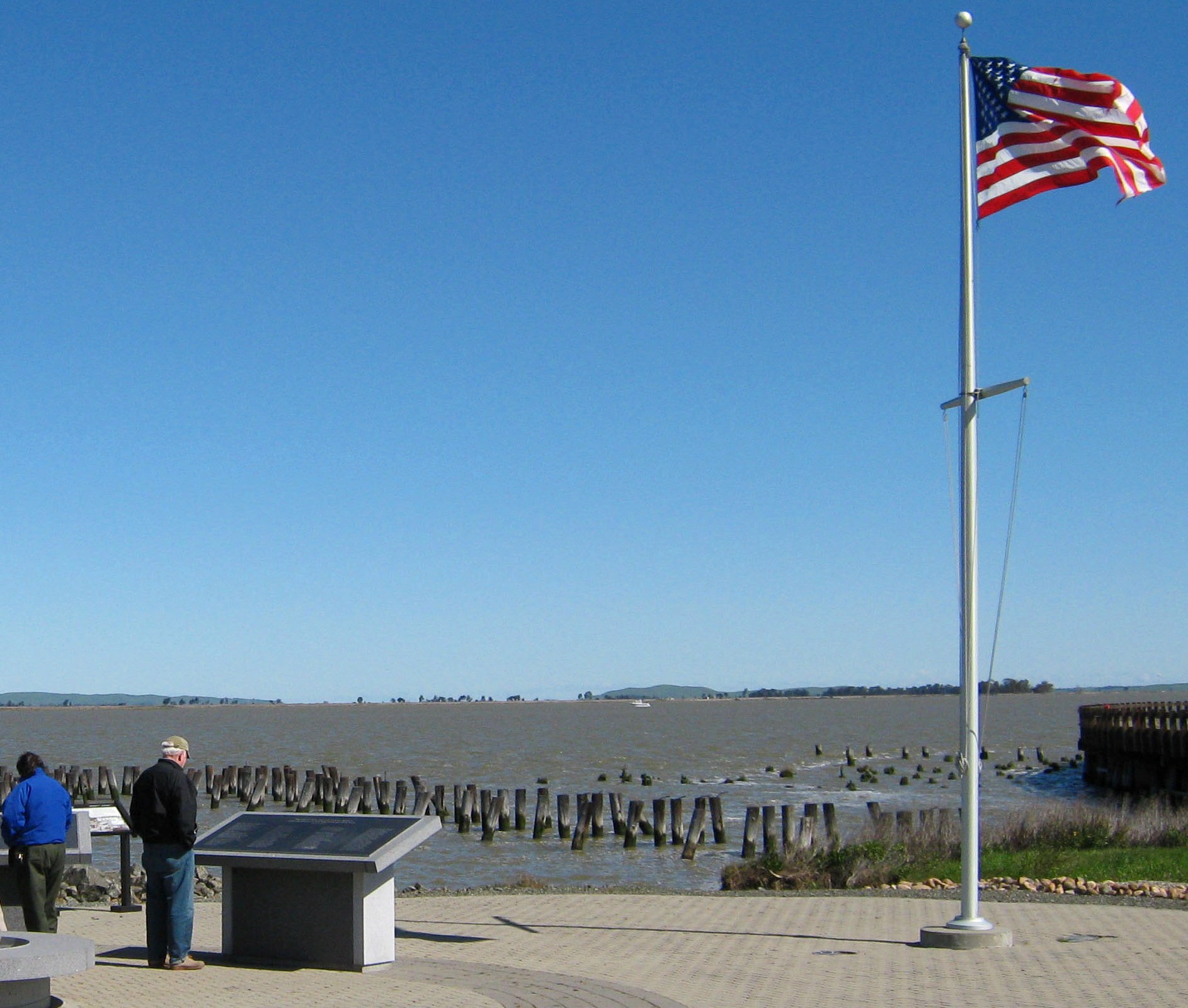 A photo of some of the fifty men who were tried and convicted of mutiny after refusing to load more munitions. They were known as the Port Chicago 50. 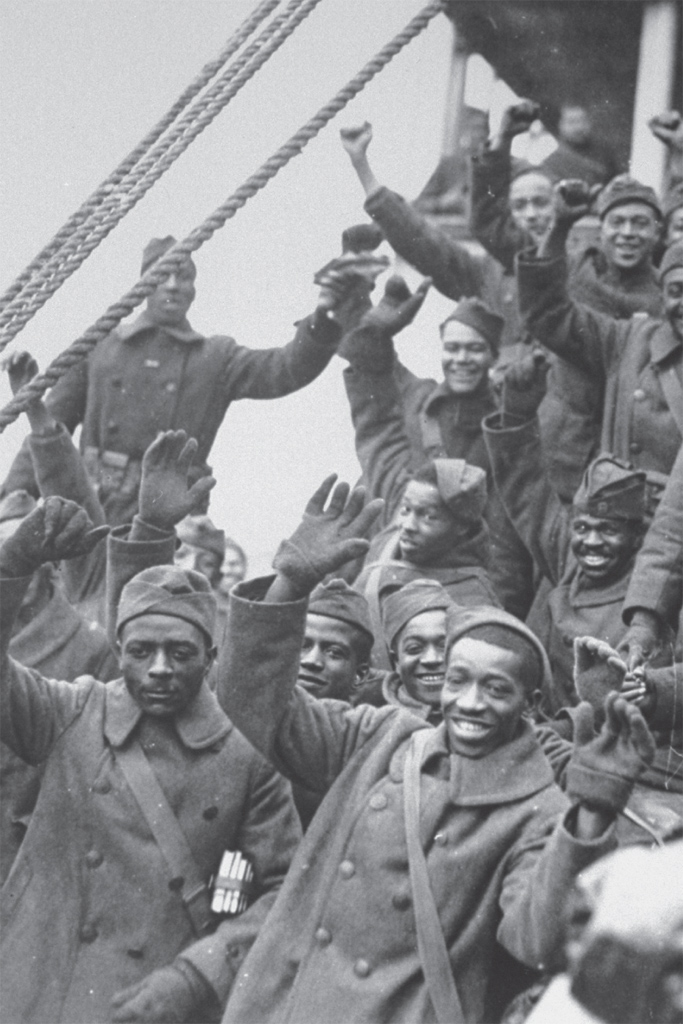 Aftermath of the explosion 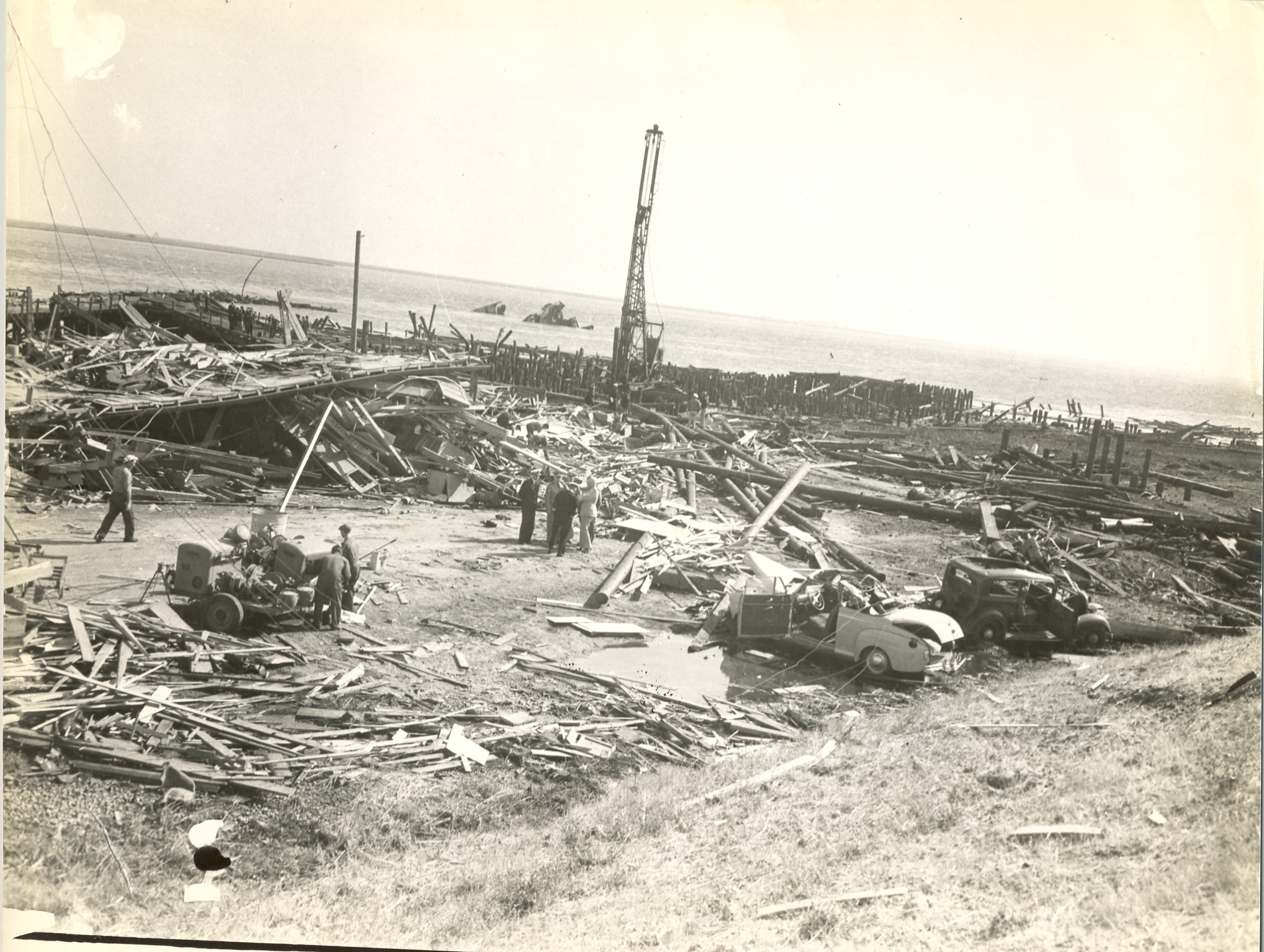 A white officer supervises African American enlisted men as they load munitions onto a vessel at Port Chicago. 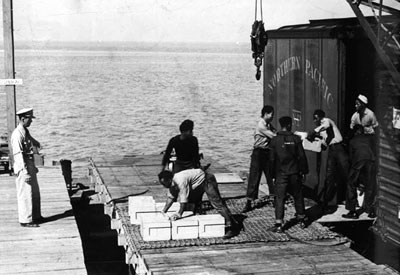 The explosion aboard two ships resulted in the instant death of all 320 of the men on duty at the pier that day. In addition, 390 civilians and military personnel near the pier were injured. Among the dead were all five Coast Guard personnel posted aboard the fire barge and all of the sailors aboard the two vessels. This included 202 African Americans who were loading the ships on the pier. An additional 233 African Americans were injured. This single incident accounted for 15% of all African American casualties in the US Navy during World War II.

Naval personnel worked quickly to contain the fires and to prevent other explosions. Injuries were treated, those seriously injured were hospitalized, and uninjured servicemen were evacuated to nearby stations. After the fires had been contained, there remained the gruesome task of cleaning up, including picking up body parts and corpses that littered the bay and port.

Of the 320 dead, only 51 could be identified by their remains. Most of the uninjured sailors volunteered to help clean up and rebuild the base. Divisions Two, Four and Eight—reinforced with replacement sailors fresh from training at NSGL—were taken to Mare Island Navy Yard and ordered to man the ammunition depot and loading piers. On August 8, 1944, the USS Sangay docked to be loaded with naval mines and other munitions. 328 survivors of the Port Chicago disaster were ordered to resume the dangerous task of ammunition loading without any review or changes to the loading procedure. Until changes were made to improve safety, each of the 328 men refused the order and asked that there be a review of the officers and conditions that led to the accident.

On August 11, 1944, the Black servicemen were marched to a nearby sports field and lectured by Admiral Wright. Rather than acknowledge the legitimacy of their concerns, Wright lectured them about the need for ammunition in the South Pacific. If they did not immediately start loading the munitions, they would be considered guilty of mutinous conduct, the Admiral explained, a charge that could include the death penalty in times of war. Wright, who had seen nearly 400 of his men killed in 1942 in the Battle of Tassafaronga, said that although loading ammunition was risky, death by firing squad was the greater hazard.

The men continued to press their demands for a review of their officers and safer conditions, including more time for breaks to reduce the physical demand of loading heavy boxes and likely contributed to the accident. The majority of the men were court marshaled and given a dishonorable discharge. The 50 remaining men—soon to be known as the "Port Chicago 50"—were formally charged of mutiny in early September 1944. These men were accused of disobeying orders and making a mutiny "with a deliberate purpose and intent to override superior military authority." If convicted, the men could be punished by death since the United States was at war.

On October 24, 1944, Admiral Osterhaus and the other six members of the court deliberated for 80 minutes and found all 50 defendants guilty of mutiny. Each man was reduced in rank to Seaman Apprentice and sentenced to fifteen years of hard labor to be followed by dishonorable discharge.  Outside of the courtroom, Thurgood Masrall connected the tragic incident and its aftermath to the discrimination that African Americans faced within a segregated military. “This is not 50 men on trial for mutiny,” Marshall explained, "this is the Navy on trial for its whole vicious policy toward Negroes.”

The Port Chicago 50 were released from their labor prison camp conditions at the end of the war. Meanwhile, the tragic incident and aftermath drew attention in the press and led to some reforms, including greater safety measures and assigning both white and Black units to the task of loading munitions.