The Dents Run Covered Bridge was constructed in 1889 by W. A. Loar and William and Joseph Mercer. It is one of the smallest extant covered bridges in West Virginia and the only extant covered bridge in Monongalia County. The bridge has been modified slightly over the years and no longer serves vehicle traffic. The lasting construction and unique architecture both serve to make Dents Run Covered Bridge a significant structure. 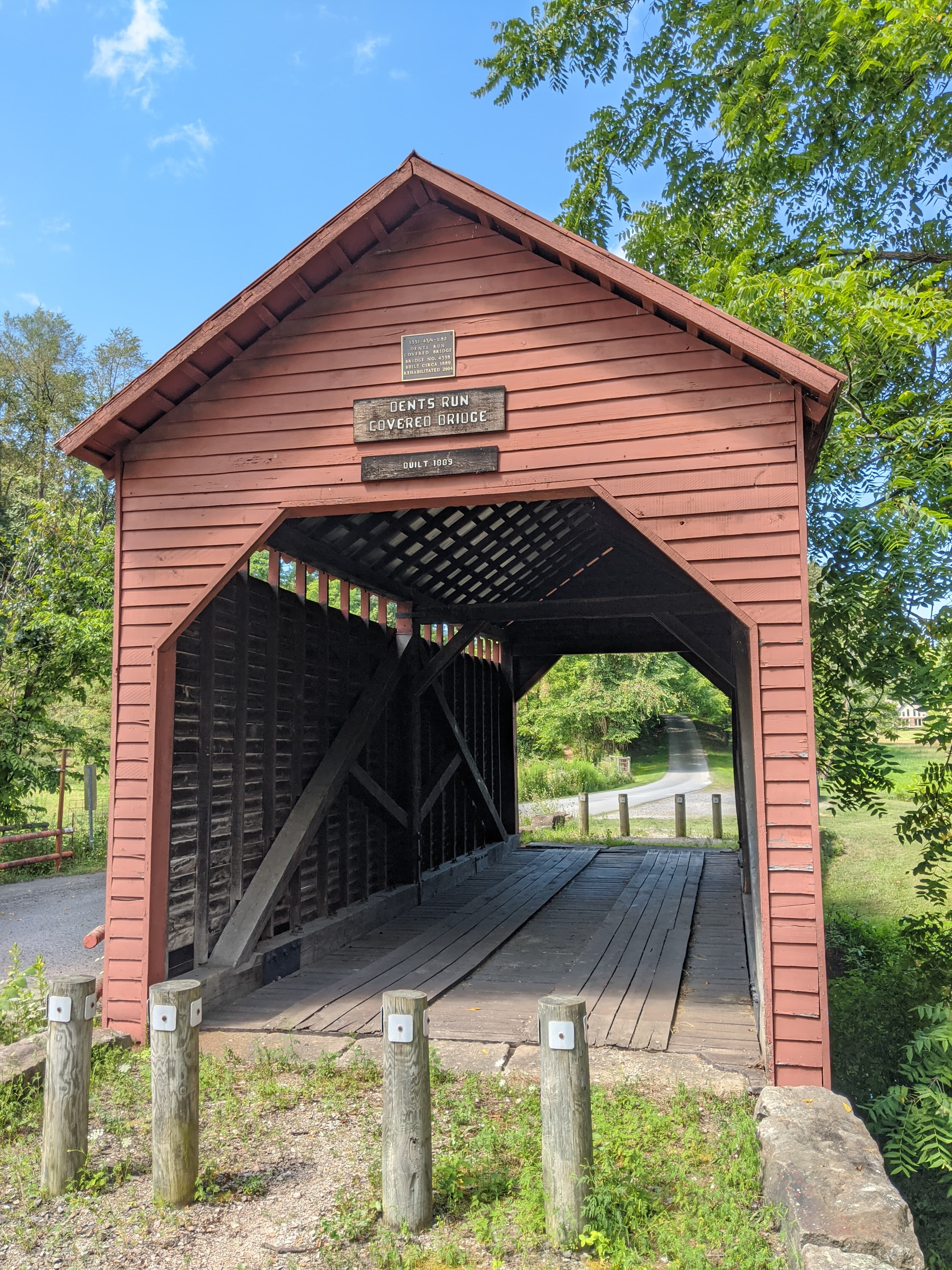 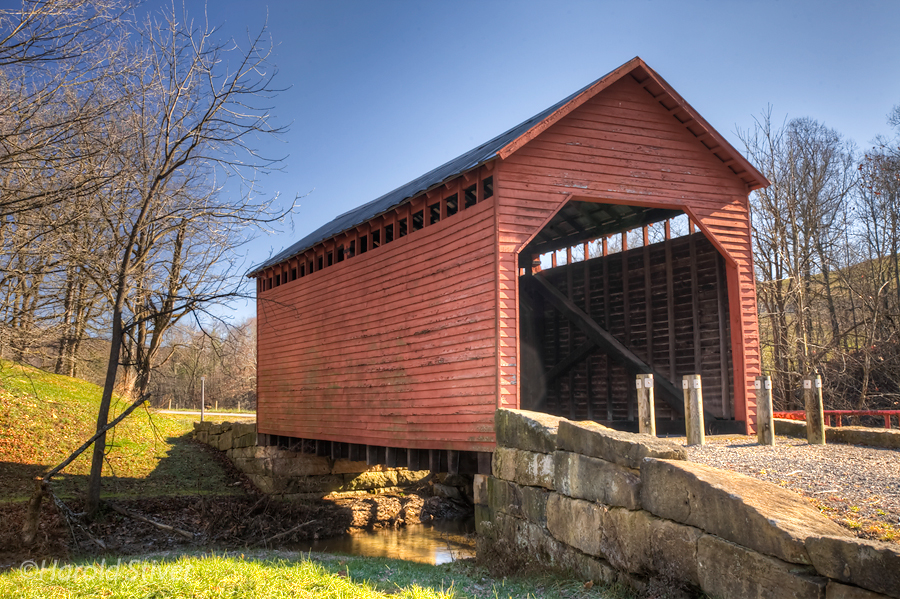 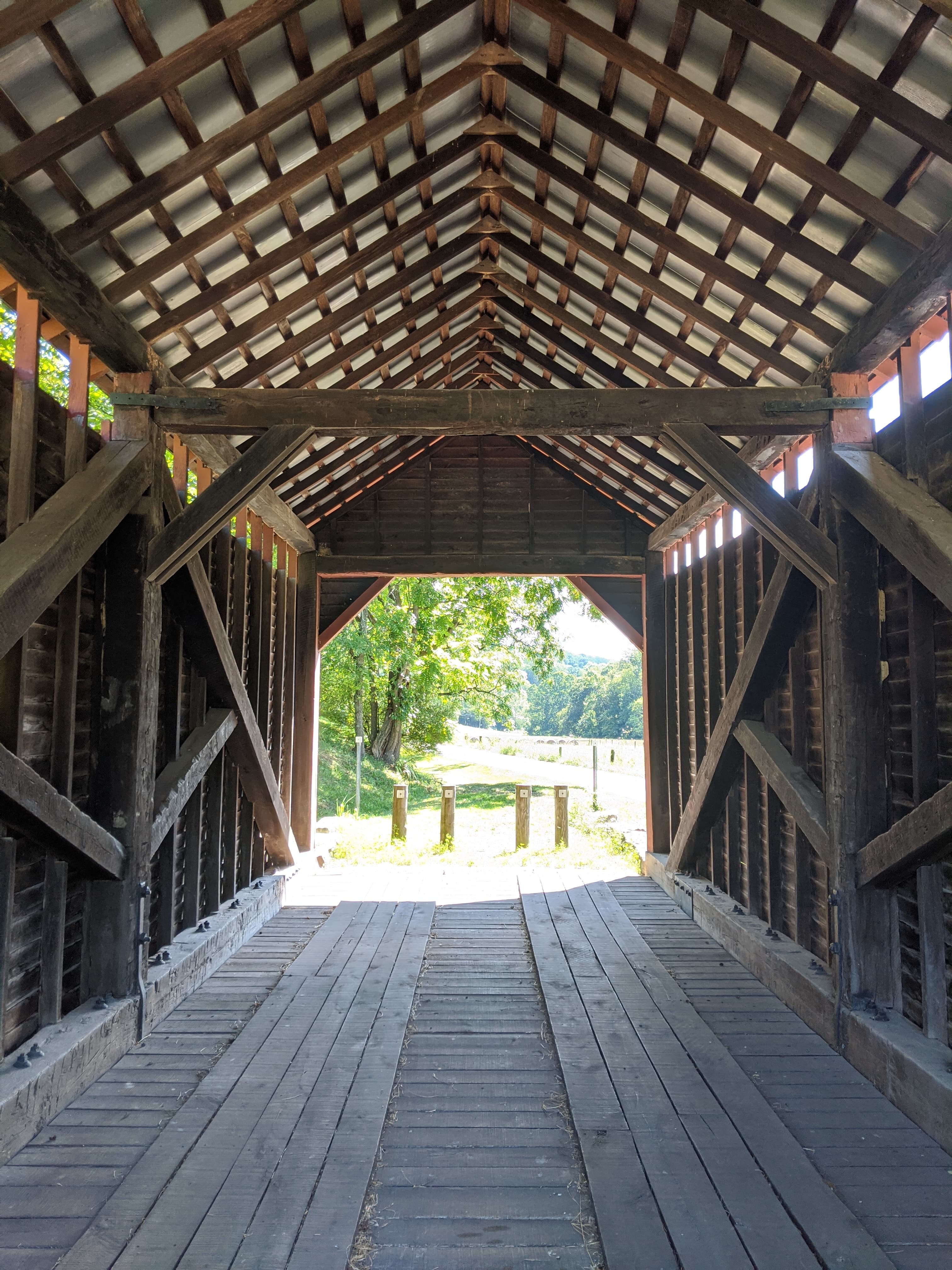 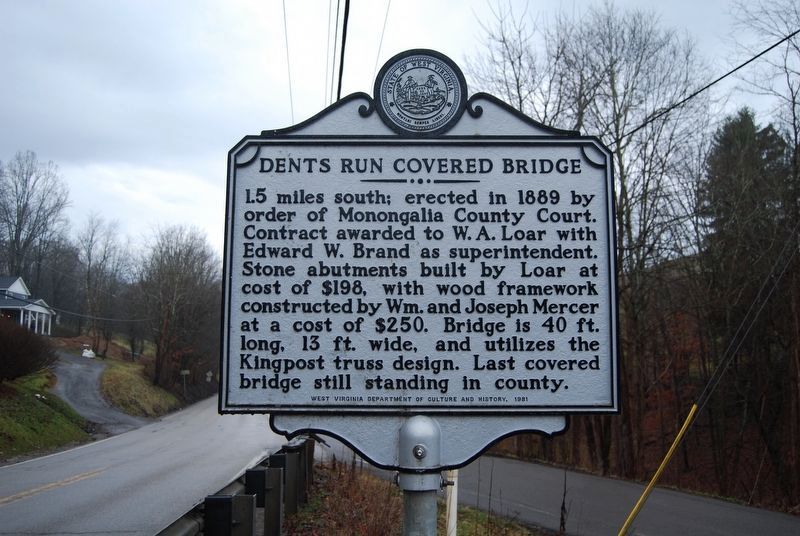 In 1889, the Dents Run Covered Bridge was built by the Monongalia County Court in response to a petition by Martin P. Fox and others. Edward W. Brand was appointed to oversee the project, as he both lived adjacent to the proposed building site and was a member of the court. Brand procured a contract with W. A. Loar within three months of his appointment. Totaling 448 dollars – a little over 10,000 dollars in today’s money – the contract allotted 198 dollars for stonework and 250 dollars for woodwork. The contract was approved and Brand was designated as superintendent. Loar constructed the stone abutments that support the bridge while William and Joseph Mercer erected the bridge itself. Construction was finished by early December of 1889.

At some point prior to 1970, the West Virginia Department of Highways added steel I-beams under the Dents Run Covered Bridge to help support traffic. Despite this, a controversy arose in 1972, when the Dippel and Dippel Coal Company expressed interest in using the bridge to transport coal. Local residents fought against this use and the company was forced to build an adjacent concrete bridge instead. These days, the bridge supports no vehicle traffic and exists solely as a historical foot traffic structure.

A plaque on the Dents Run Covered Bridge states that it was rehabilitated in 2004, though it is unclear what this encompassed. Additionally, a 185,684 dollar contract to repair the trusses, floor beams, and deck has been given to Hoke Brothers Contracting, but there is no timeline available for this project. The bridge is largely in good shape, although the paint is peeling and there appears to be a carpenter bee infestation in the beams. In addition the bridge itself, there is a 1981 historical marker at the intersection of Fairmont Road and Sugar Grove Road. Dents Run Covered Bridge is significant for its enduring structure and unique architectural features.