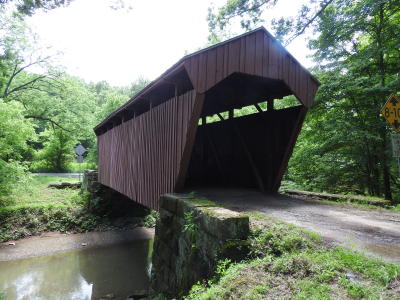 Interior view of the bridge. Note the multiple kingpost trusses on the sides 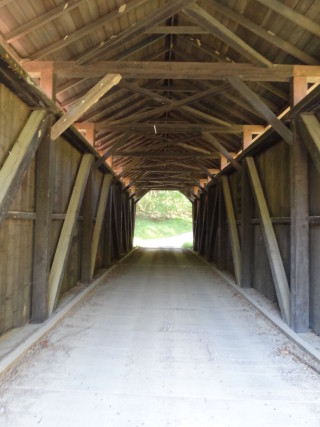 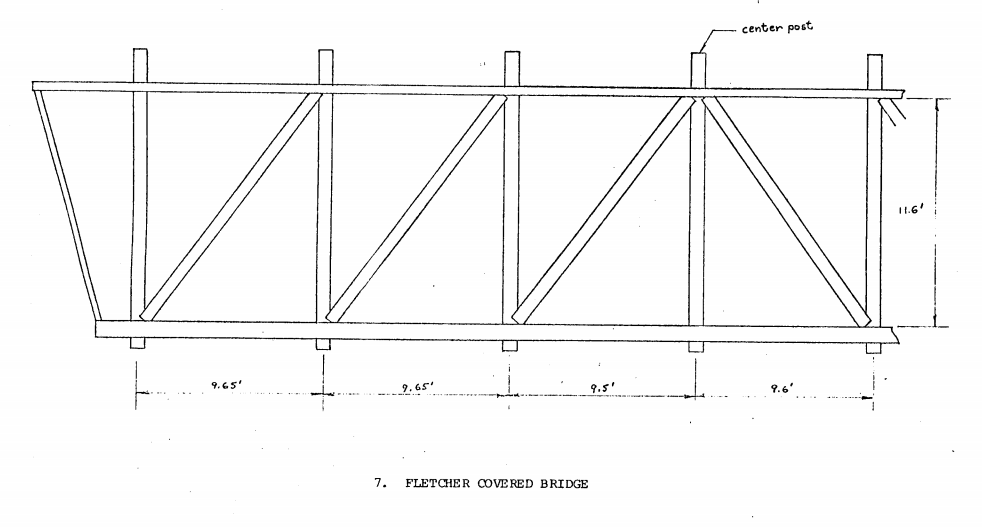 In 1890, John C. Rogers petitioned the Harrison County Court for a new bridge crossing Ten Mile Creek. The court appointed William N. Edgell, Elias Swiger, and R. M. Rogers to locate a site for the bridge and create a report detailing necessary specifications and possible cost. John T. Williams was appointed as special commissioner in 1891 and tasked with receiving bids for the construction of the Fletcher Covered Bridge. The same year, L. E. Sturm was given the contract for the abutments and Soloman Swiger was awarded the superstructure contract. Though Genius Payne was initially appointed as superintendent of construction, he declined the position, so W. J. Williams was appointed instead. By December, the bridge was finished at a total cost of $1372.46 – approximately $40,000 in today’s money.

The Fletcher Covered Bridge measures roughly twelve feet wide and fifty-eight feet long. It was constructed using multiple kingpost trusses. These trusses consist of vertical posts connected by diagonal beams which angle towards the center of the bridge. Red board-and-batten siding encloses the structure. The roof is a primarily asphalt composition. The bridge has remained almost completely devoid of modern reinforcement since its initial construction.

In 2002, Allegheny Restorations & Bldrs, Inc. restored the Fletcher Covered Bridge for $375,964. This project involved repairing minor wear and tear to the trusses, deck, siding, and roof. The bridge remains in remarkably good shape for its age. It is significant as it is one of the few extant covered bridges in West Virginia that continues to accommodate vehicle traffic and also has not been structurally modified. The Fletcher Covered Bridge is one of only two covered bridges left in Harrison County; the other being Simpson Creek Covered Bridge.