Constructed between 1881-1882, the Jewelers Building at 15-17 S. Wabash Ave. remains the only surviving example of Dankmar Adler and Louis Sullivan's early work in Chicago's Loop District. Martin Ryerson, Chicago businessman and real estate investor, commissioned Adler & Sullivan to construct this building, which he rented to the Samuel A. Maxwell Company. Sullivan, often regarded as the "father of the skyscraper," provided his unique stylized floral, ornamental style to the building. During the early-20th-century, the building became known as the Little Jewelers Building, likely to differentiate between the larger Jewelers Building constructed on Wacker Street. The Little Jewelers Building was added to the National Register of Historic Places on August 7, 1974 and designated a Chicago Landmark on December 18, 1981.

By Harold Allen, Photographer via WikiMedia 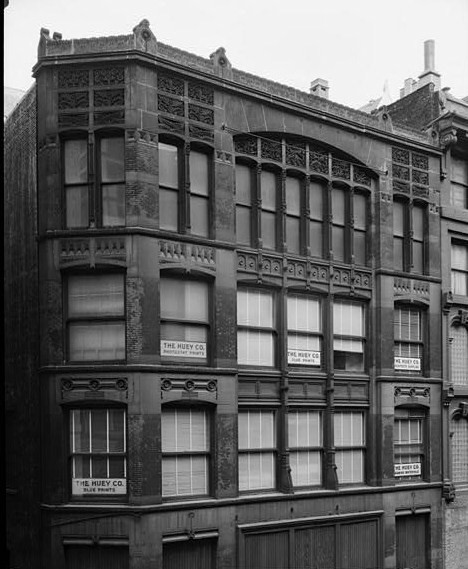 A current photograph of the building 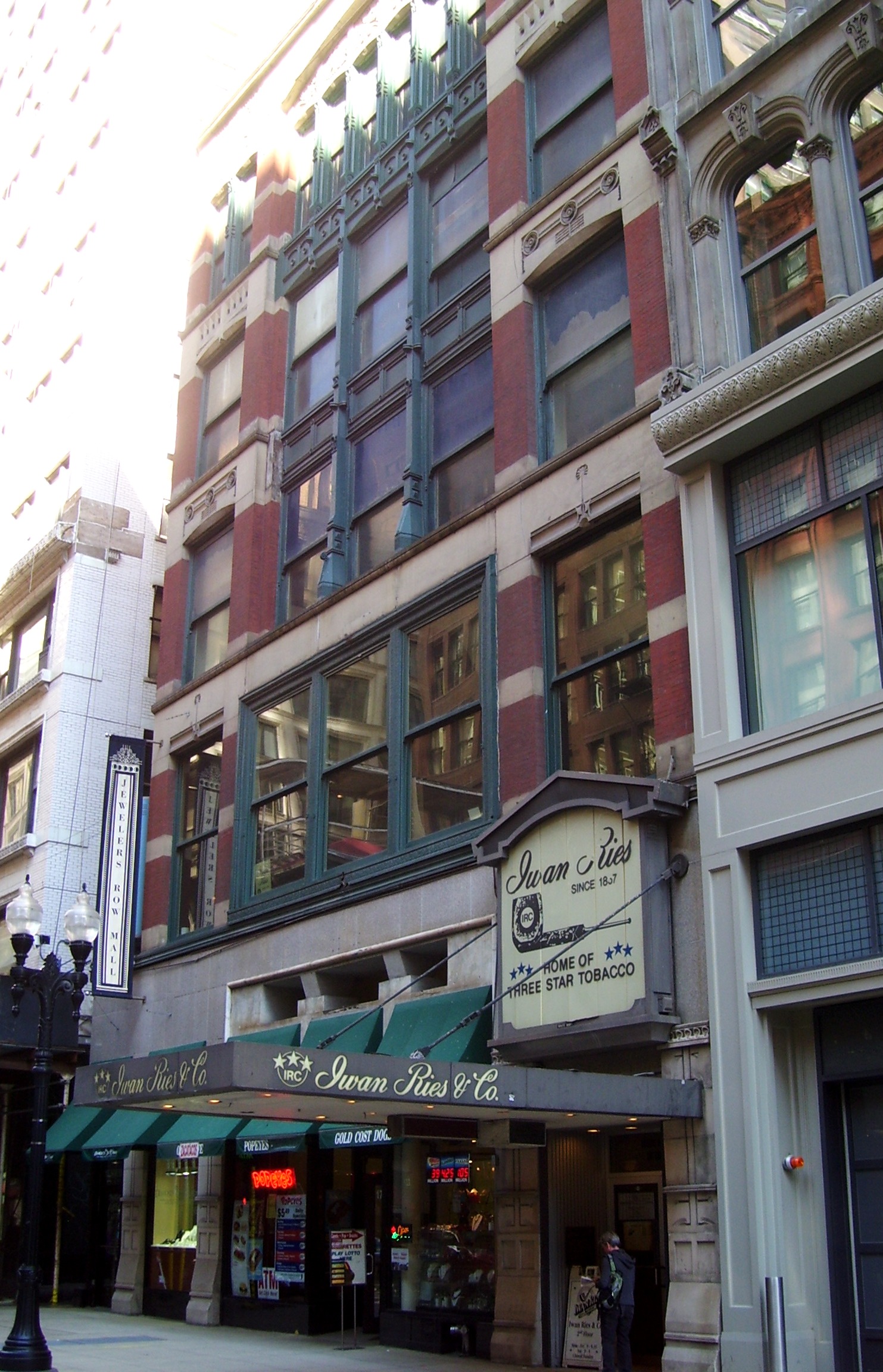 To look at the Jewelers Building, is to gaze into the intersection of several Chicago histories. During the 1880s, when advancements in engineering and architecture, notably in the wake of the city's great 1871 fire, skyscraper architecture boomed -- the development of the famous Chicago School of Architecture arose. The Jewelers Building was designed by Louis Sullivan and Dankmar Adler, both of whom enjoy their own distinct and historical stories, notably Sullivan. Meanwhile, the building itself represents the booming jewelers district, hence the need for the building.

An integral figure in the Chicago School of Architecture, his partnership with Dankmar Adler began in 1879, and their first important project was the Central Music Hall in Chicago. The success of the Music Hall and buildings such as the Jewelers Building helped provide substantial success for the two partners. At the Chicago World's Fair of 1893 (a.k.a. World's Columbian Exposition), Sullivan's Transportation Building, with its shimmering gold-leafed entrance, not only won awards, but clearly showed his disapproval of the famed "White City," built by rival (and no friend)  Daniel Burnham.

Sullivan was also a mentor to Frank Lloyd Wright and influenced the eventual development of the Prairie School of architecture. However, The national depression of the 1890s profoundly affected Adler and Sullivan's firm, resulting in the end of their partnership by 1895. Trend in architecture, notably the dominance of the Beaux-Arts architectural style for which Burnham helped create, led to the end of Sullivan's significant influence, but he continued to design buildings and he wrote  The Autobiography of an Idea before his death in 1924.