October 2014 artifact from the Brockenbrough collection. Written by Lt. Gen. Jubal A. Early to his men after they lost the 1864 Battle of Cedar Creek because the Confederate soldiers looted the federals' camp instead of ensuring its destruction. 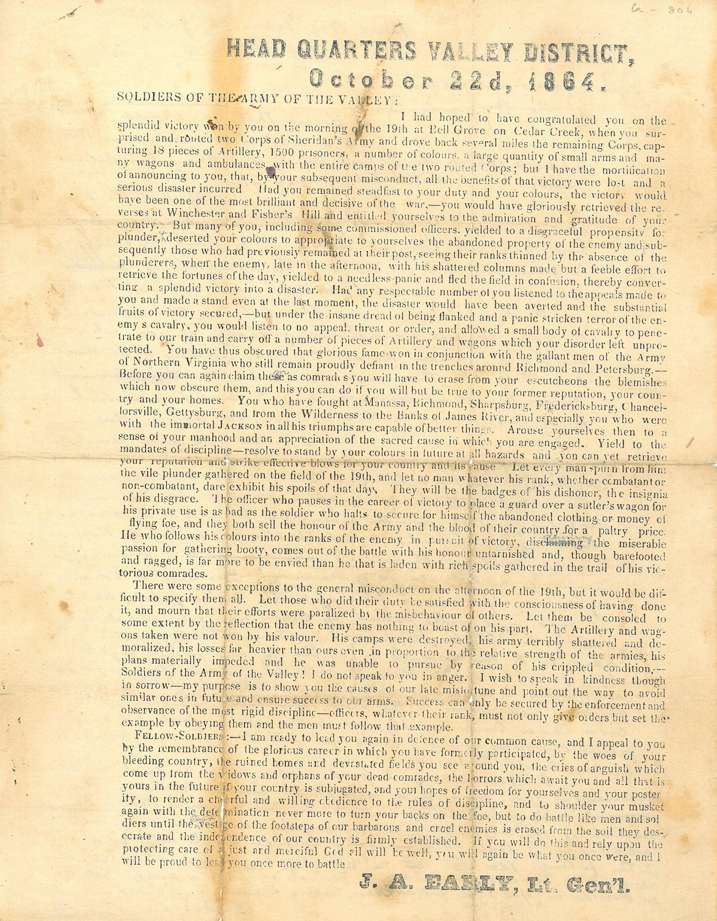 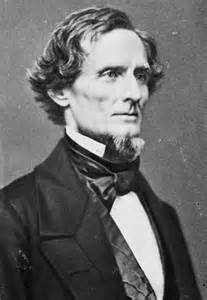 Confederate White House in 1865. Soldiers within the frame are Confederate guards for Jefferson Davis and the house. It is not known exactly when this photo was taken in 1865. 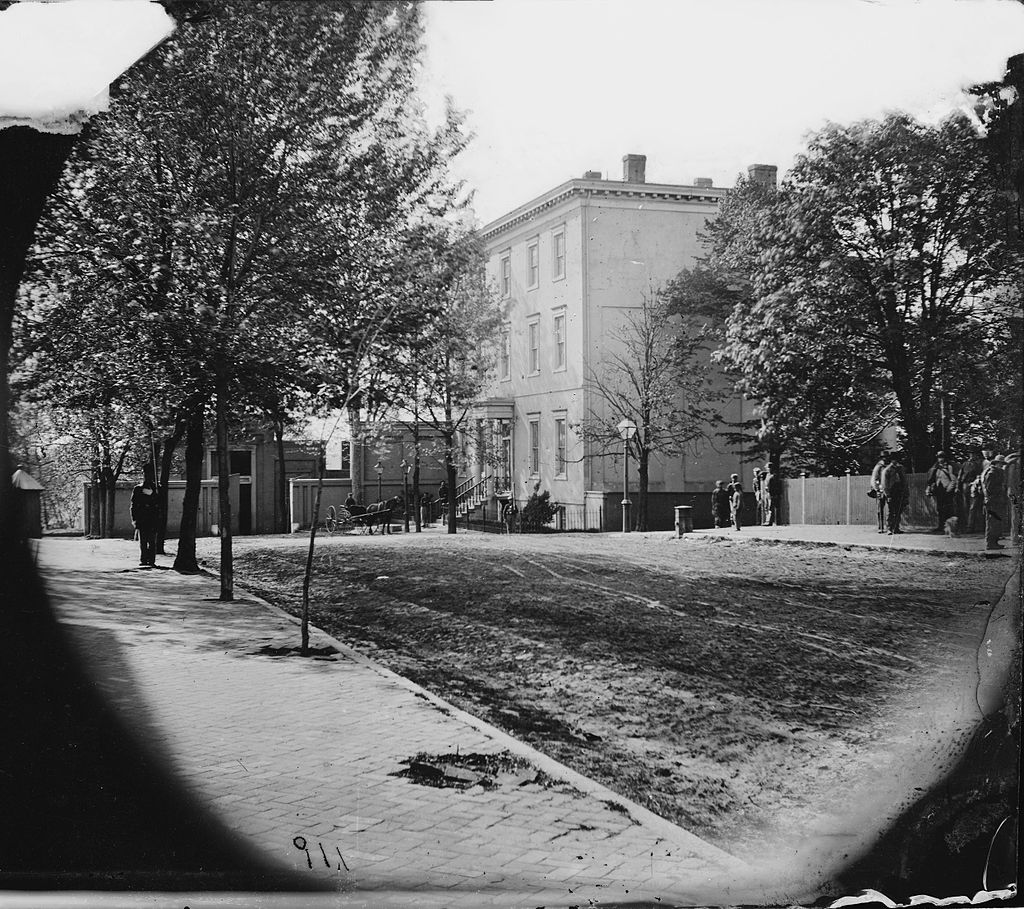 Taken a number of years after the war, this is a photo of the former Confederate White House serving as a museum 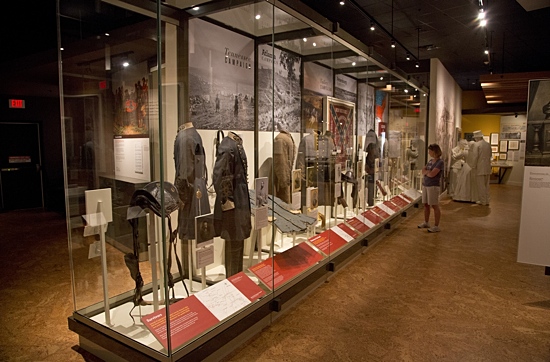 Entrance to the new museum 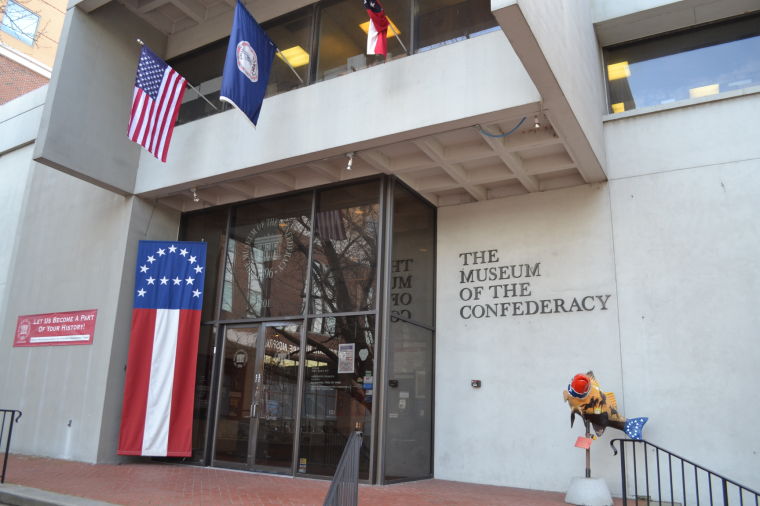 Portion of one of the collections found within. 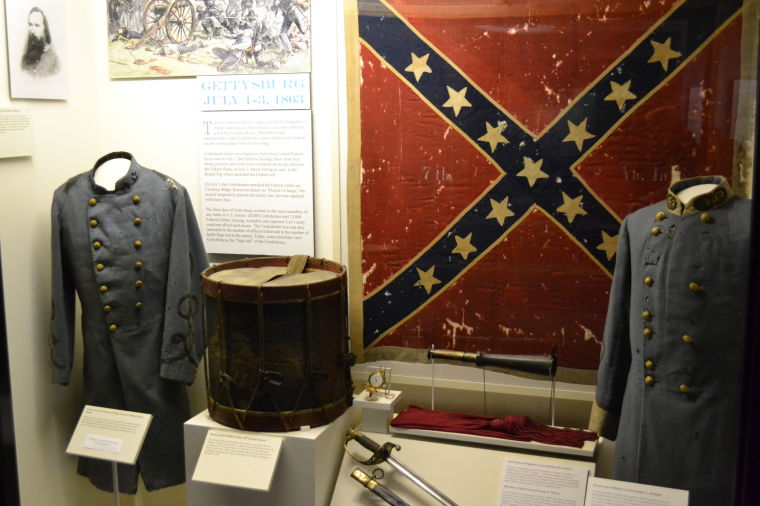 Jefferson Davis was born in Kentucky and later raised in Mississippi. He attended Transylvania College in Kentucky and shortly thereafter joined the Military Academy at West Point in New York in 1824. After West Point, Davis was under the command of Colonel Zachary Taylor, later 12thPresident of the United States, in 1835. Davis married Taylor’s daughter Sarah Knox Taylor against her father’s wishes. The newlyweds came down with malaria three months after the wedding and Sarah Davis succumbed to the disease. Devastated, Davis moved to Davis Bend, Mississippi afterward and lived alone for eight years while tending his cotton plantation.

In 1847, after the Mexican-American War during which Davis excelled as a commander, he declined a Brigadier General position in favor of taking a Senator’s seat in Mississippi. On January 21, 1861, Davis resigned as Senator while the state was seceding from the Union. One month after his resignation, Davis was appointed as the provisional President of the Confederacy for a six-year term. Davis’ appointment was a compromise among the Confederate leaders and a compromise for Davis, he sought a military command position. Davis first led the new Confederate government in a wood-framed house in Montgomery, Alabama from February to August of 1861. When the Confederate government relocated its capital to Richmond, Virginia during that year, a new executive mansion would have to be found.

Situated on the crest of a hill overlooking the Shockoe Valley sat a stately Neoclassical house. Completed in 1818 by Robert Mills, architect of the nearby Monumental Church and a previous draftsman for White House architect James Hoban, the two-story, gray stucco house was constructed for Dr. John Brockenborough. Known as the Brockenborough Mansion, the house became one of the finest examples of Classical Revival architecture in Richmond. The Brockenborough family possessed the house until 1844, after which it was sold multiple times and gained a third story which shifted its appearance to the current Victorian-era Italianate. The City of Richmond came into ownership of the Brockenborough House and subsequently leased it to the Confederate government for its executive mansion.

On August 1, 1861, Jefferson Davis, his pregnant wife Varina, and their three children moved into the Confederate White House. During the course of the war, the Davises welcomed the birth of two children and suffered the loss of one while living in the White House. After the fall of Richmond on April 2, 1865, Davis was forced to flee to south into the Lower Confederacy, his family fled south the month prior. He was captured by Union soldiers in Irwinville, Georgia on May 10, 1865 and served two years in prison at Fort Monroe, Virginia, refusing any pardon for his crimes so that he might return to the Mississippi Senate. Jefferson Davis lived the rest of his life quietly in Mississippi and published a large book in 1881 called The Rise and Fall of the Confederate Government.

The end of the Civil War resulted in the controversial Reconstruction of the South. During this time, occupying federal troops used the Confederate White House as headquarters for Military District No. 1. Reconstruction in Virginia lasted only five years, and at the end the federal government returned the house to Richmond in 1870. For the next twenty-three years, the house served as one of Richmond’s first public schools, Richmond Center School. Then in 1890, the city announced its plan to demolish the house in order to construct a more modern school. During that same year, the ladies of Richmond’s high society formed the Confederate Memorial Literary Society in order to save the Confederate White House. The Society acquired the house in 1893 and officially opened the Confederate Museum in 1896, becoming the nation’s premiere repository for Confederate artifacts.

The White House and the Museum of the Confederacy. The American Civil War Museum. May 26, 2016. https://acwm.org/about-us/our-story/museum-white-house-confederacy.

The White House of the Confederacy. The Cultural Landscape Foundation. April 24, 2019. https://tclf.org/landscapes/white-house-confederacy.

Curran, Colleen. After 122 years on Clay Street in downtown Richmond, the Museum of the Confederacy is closing its doors and moving. Richmond Times-Dispatch. September 26, 2018. April 24, 2019. https://www.richmond.com/entertainment/museums/after-years-on-clay-street-in-downtown-richmond-the-museum/article_8e0a7775-8e71-504f-929b-83a45be4a9ba.html.

The White House of the Confederacy. The American Civil War Museum. April 24, 2019. https://acwm.org/about-us/our-story/museum-white-house-confederacy.