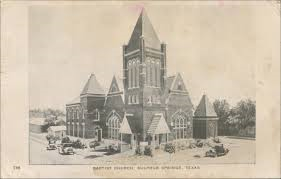 Progression of Integration in West Virginia, fall of 1954 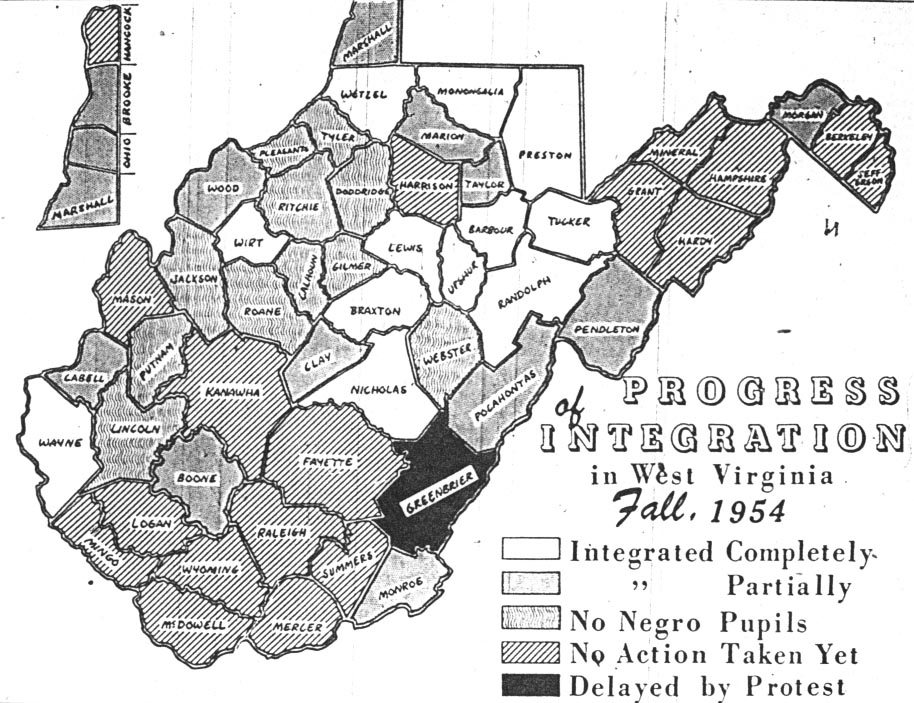 Following the law that allowed integration in West Virginia schools, there was much outrage throughout Greenbrier County. This was especially true in White Sulphur Springs. At the high school, crudely painted signs stated “No Negroes Wanted in Our Schhols.” On Monday, 300 of the 440 students of White Sulphur Spring went to school. The African American children were threatened with bodily harm if they came back to the “white” classrooms. As a result, Greenbier’s Board of Education called off partial integration and declared all students return to the schools the attended the previous year.

The superintendent, Trent, refused to interact. Trent stated, “…At the present time boards are free to act. I shall take no action.” And as you can see in the photo of the progression of integration of West Virginia in 1954, Greenbrier County is the only county in all Black. This means that it was the only county that was delayed by protest.

During the meeting, white protesters shut off the lights and fired guns outside the church. A U.S. Supreme Court decision the following month placed more pressure on school systems which resisted desegregation. Consequently, all counties in West Virginia, including Greenbrier, began integrating schools by January 1956. However, White Sulphur Springs students voted to hold their prom in December instead of May to prevent African Americans from attending the annual affair held at The Greenbrier. Despite such incidents, the desegregation of West Virginia's public schools was less turbulent than most other southern states.