The bridge at this location was deliberately burned by Confederates during the last battle of the Civil War on April 26, 1866. It was initially designed to be a booby trap for Union Soldiers invading Columbus. But the Confederates got too eager and the bridge burned without injury to any Union soldiers. The bridge was a covered wooden bridge. It was built by Horace King. 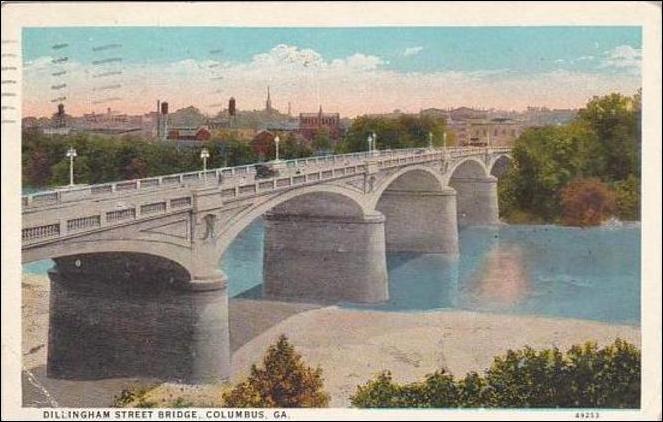 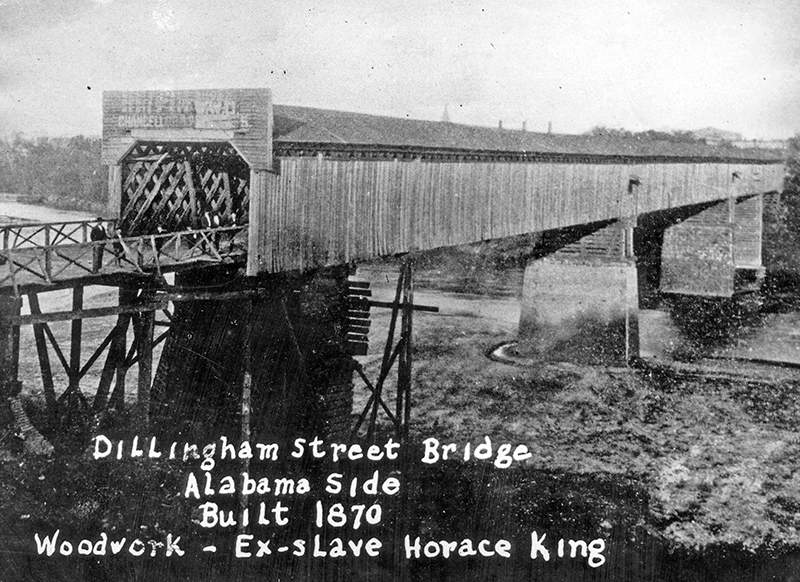