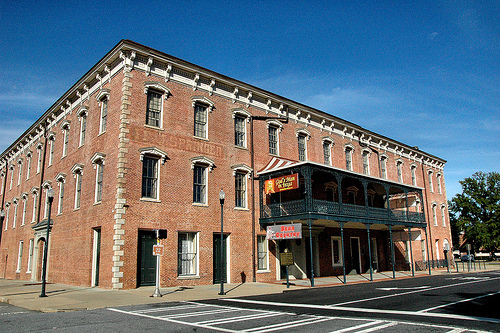 The theater began showing movies once the Great Depression hit and continued doing so until they ended for good in 1959. By this time the building was in bad shape and it was close to being torn down. However, efforts to save and renovate it prevented this from happening. It was renovated in 1964 and opened. A more extensive renovation took place in 1988. Former President (then Governor), Jimmy Carter declared it as the state's official theater in 1971.