The Alpha Delta Pi Sorority House on the campus of the University at Urbana-Champaign is a historic chapter house constructed in 1926. The house represents the flourishing of the Greek Letter Society movement at the Urbana-Champaign campus of the University of Illinois in the 1920s. It was designed in the French Eclectic style by the Clare-Alben W. Coen Company from Berwyn, Illinois. Notable former residents include Agnes White Tizard, who portrayed Betty Crocker on the radio in the 1920s and 30s, and Tiera Farow, the first female lawyer to sit as a judge. 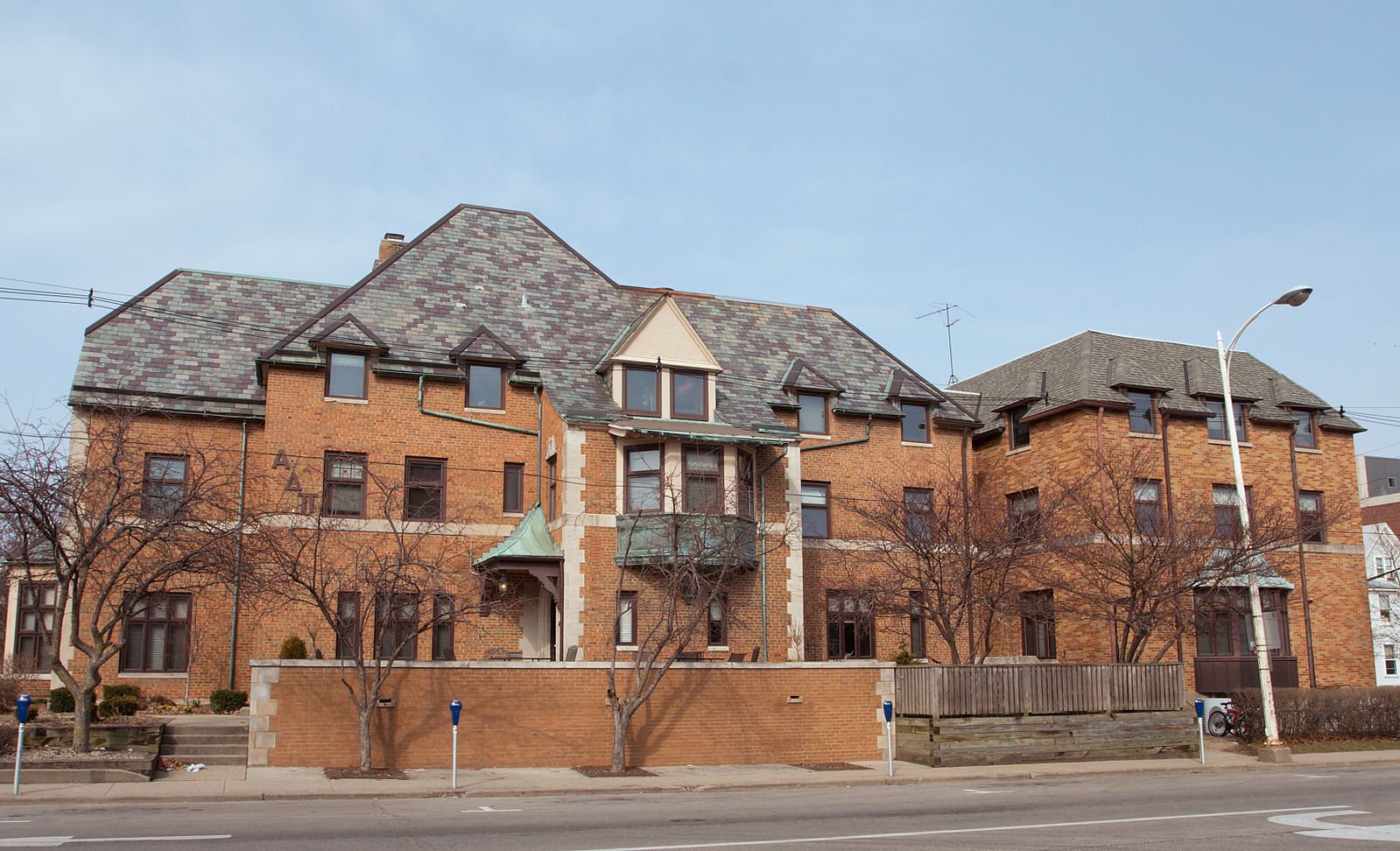 The Alpha Delta Pi house is one of 27 chapter houses built during a second wave of construction between 1926 and 1930, following an initial wave of building from 1906 to 1917.

Architectural Features:
The architecture of chapter houses was seen as a way of educating students by exposing them to classical design. On the Urbana-Champaign campus, the majority of chapter houses were built by local architects in revival styles (e.g. Classical Revival, Gothic Revival, etc.) The Alpha Delta Pi house was designed in the French Eclectic style as a means of setting it apart from other chapter houses in Urbana: The sorority's newsletter, The Signagram, notes that "The house will be of typical French chateau style, unlike any fraternity or sorority house on the campus at the present time." It was designed by the Clare-Alben W. Coen Company from Berwyn, Illinois. This firm also designed the Delta Delta Delta sorority house built from 1928-1929.

The French Eclectic style is based on French domestic architecture, particularly that of northern France, and is closely related to Tudor Revival style. The style became particularly popular in the United States after World War One exposed Americans to the elements of French design. Exterior features include a steeply pitched roof, asymmetrical structure, Bedford stone quoins, and a large, round front door.

Notable alumni include the nurse Gladys Kilpatrick; the radio personality Agnes White, who provided the voice of Betty Crocker in the 1920s and 30s; and Tiera Farrow, the first female lawyer to sit as a judge in the United States.