The Alpha Rho Chi Fraternity House on the campus of the University at Urbana-Champaign is a historic chapter house. It was constructed in 1928 based on the design of Joseph Royer, a noted local architect. The plan of the house represents a blend of the French Eclectic style and Arts and Crafts, an English architectural movement of the 19th century. The house represents the flourishing of the Greek Letter Society movement at the Urbana-Champaign campus of the University of Illinois in the 1920s and 30s. It is the residence of one of the two founding chapters of the Alpha Rho Chi fraternity, a national society for students of architecture. The residence has been home to many prominent architects including the academic Clinton Cowgill and George Keck, a pioneer in the use of solar heating technology. 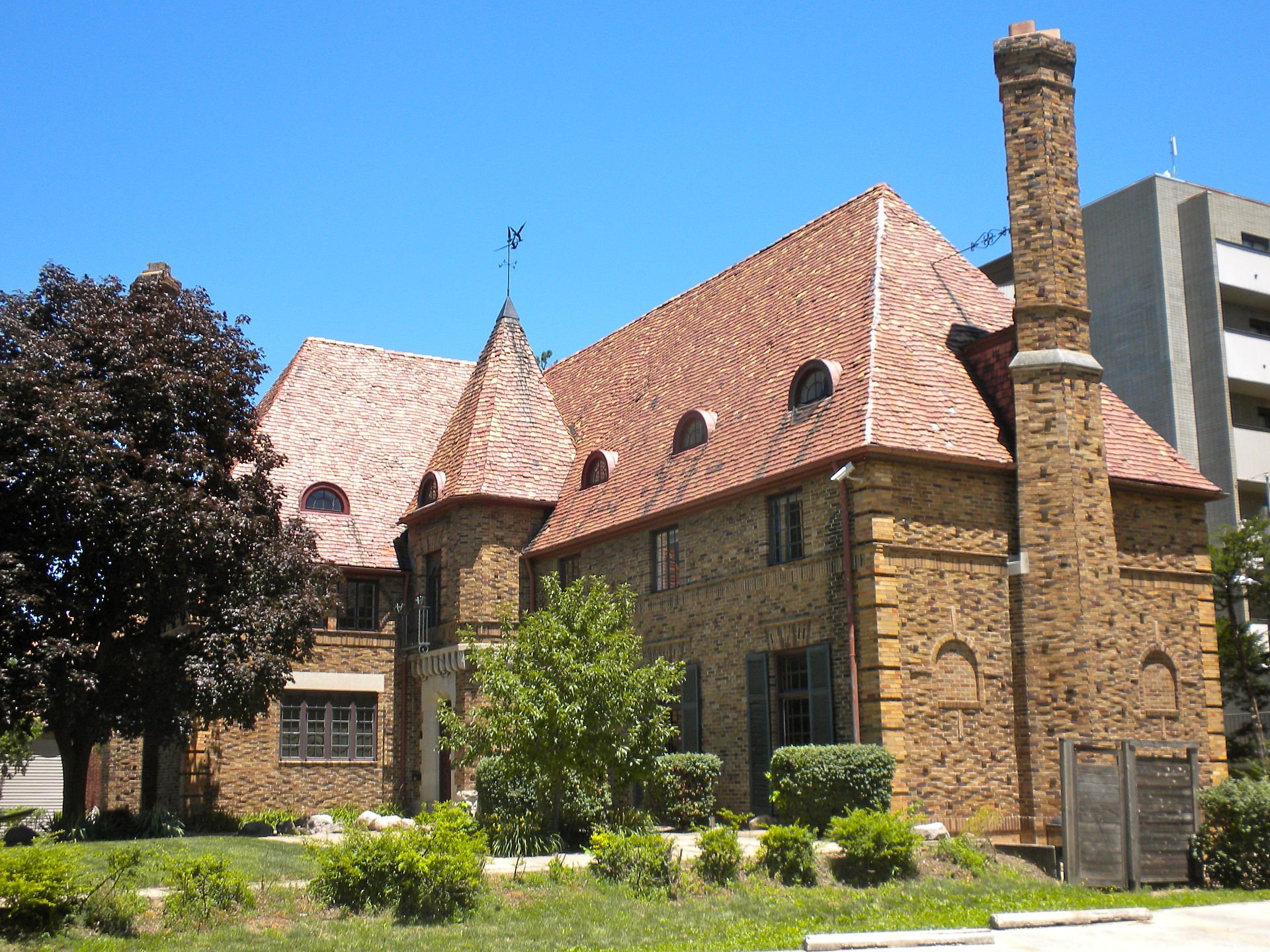 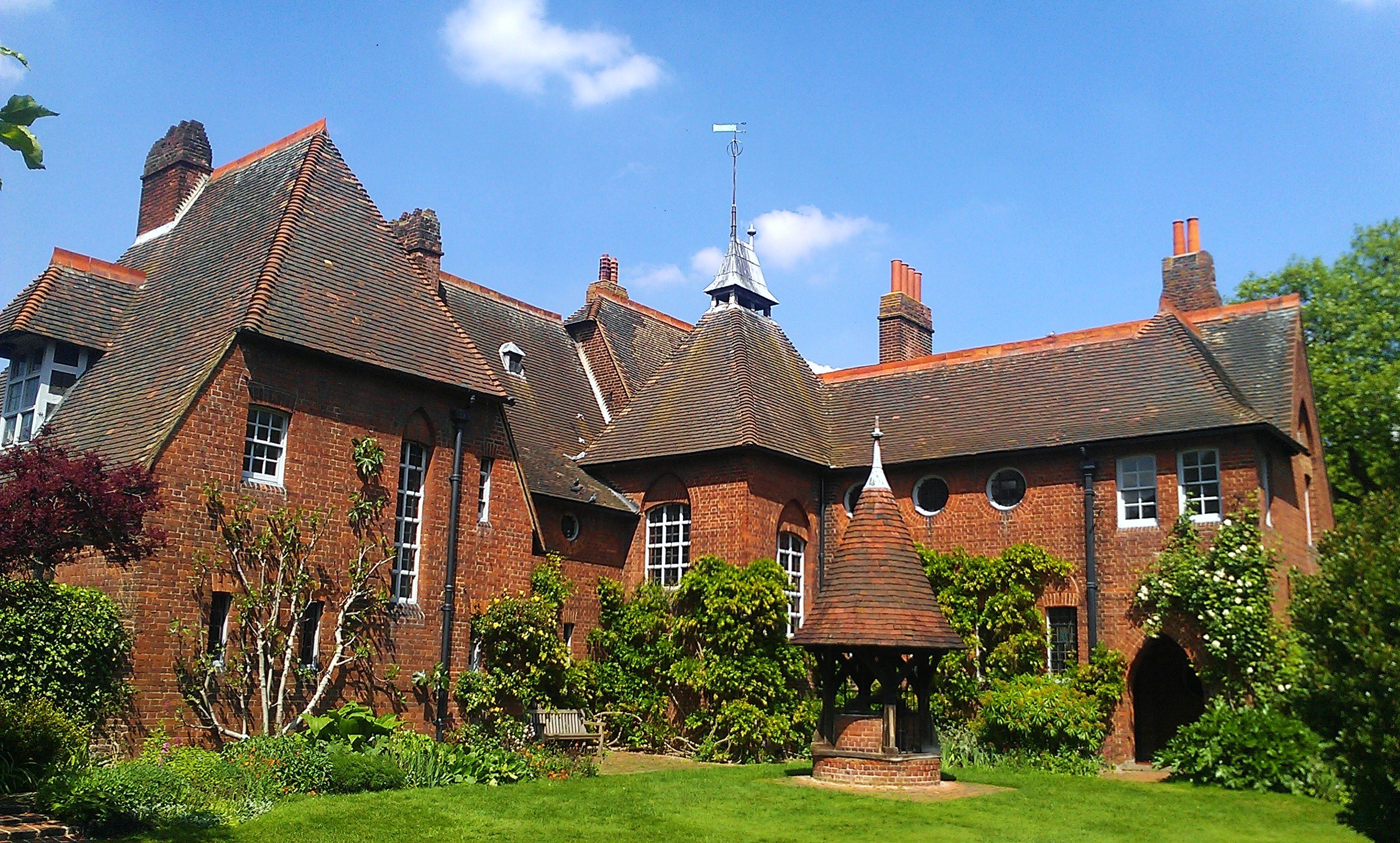 The Alpha Rho Chi Fraternity at Urbana Champaign
The Alpha Rho Chi Fraternity was founded on April 11, 1914 at the Hotel Sherman in Chicago as a national society for students of architecture. The society was created by the joining of two already existing societies: Sigma Upsilon of the University of Michigan (est. 1912) and the Arcus Society of the University of Illinois (est. 1911). The Arcus Society became the Anthemios Chapter of Alpha Rho Chi, named after the sixth-century Greek architect who designed the Hagia Sophia in Constantinople for Emperor Justinian.

Dr. Nathan Ricker played a prominent role in the early life of the chapter as faculty advisor. Notably, it was at his suggestion that the society was named after the first three letters of the Greek word for architecture, ἀρχιτεκτονική. Ricker was named as the first Master Architect in 1914. Ricker was also responsible for the construction of several buildings on the campus of the University of Illinois including Altgeld Hall.

The Alpha Rho Chi house is one of 27 chapter houses built during a second wave of construction between 1926 and 1930, following an initial wave of building from 1906 to 1917. It was constructed in 1928 based on a plan by Joseph Royer, a prominent architect who designed numerous buildings in the Urbana-Champaign area including many courthouses and high schools as well as the chapter house of Alpha Xi Delta in Urbana.

The house's design blends features of the French Eclectic style modeling itself on medieval French architecture with those of the Arts and Crafts movement from England which drew on traditional forms as a rejection of industrialization. French Eclectic elements on the exterior include the pitched roof, casement windows, and French doors. Likewise, the corner entrance tower mimics the appearance of a Norman manor house. At the same time, the home bears many features in common with William Morris' Red House, a notable work of the Arts and Crafts Movement in England. Common characteristics include the asymmetrical plan, steeply pitched roof, large brick chimneys, and corner tower with a weathervane on top.

Notable Residents:
Over the course of its existence, the Alpha Chi Rho house has been home to many future architects during their time in Urbana-Champaign. Two of the most notable are Clinton Cowgill and George Keck.

Clinton Cowgill was a professor of archiecture who established the Department of Architectural Engineering at Virginia Polytechnic Institute in 1928. He was head of the department there for 28 years, in addition to serving as president of the Virginia State Board of Examination and Certification of Professional Engineers, Architects and Land Surveyors (1934-7) and chairman of the National Council of Architectural Registration Boards (1942-9).

George Keck was an important architect working in the International Style. His designs were featured at the Century of Progress International Exposition from 1933 to 1934. In 1940, he built a residence in Glenville, Illinois for the developer Howard Sloan which was known as "Solar House" on account of its use of solar energy for heating.