The Creative Arts Center under construction. 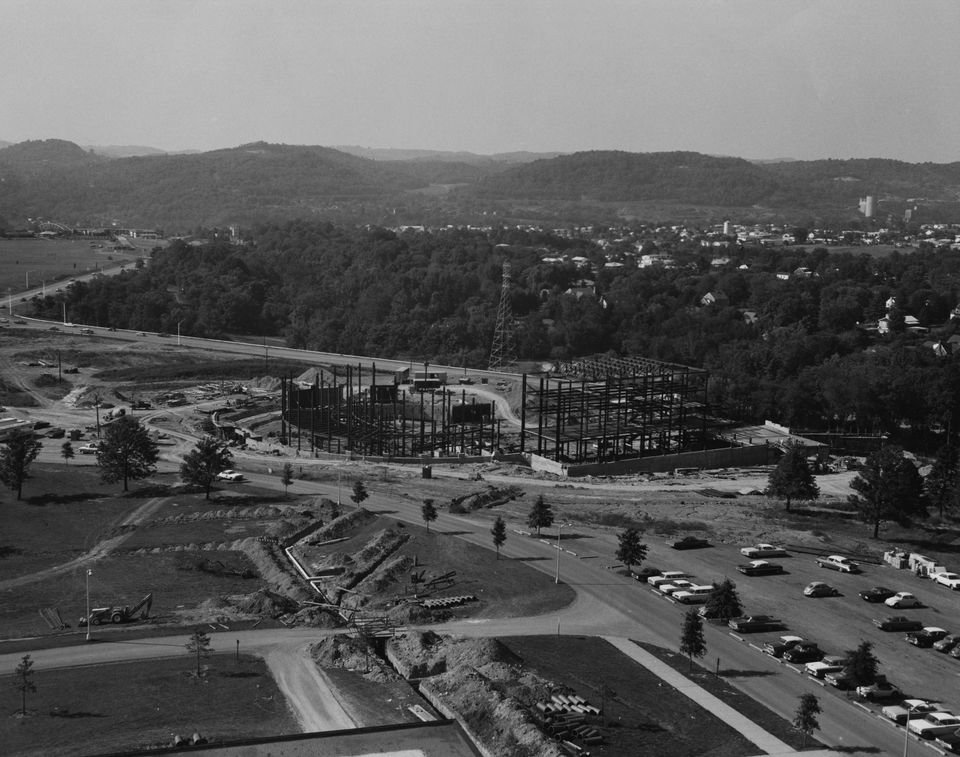 The CAC completed in the foreground while the Coliseum is being built in the background. 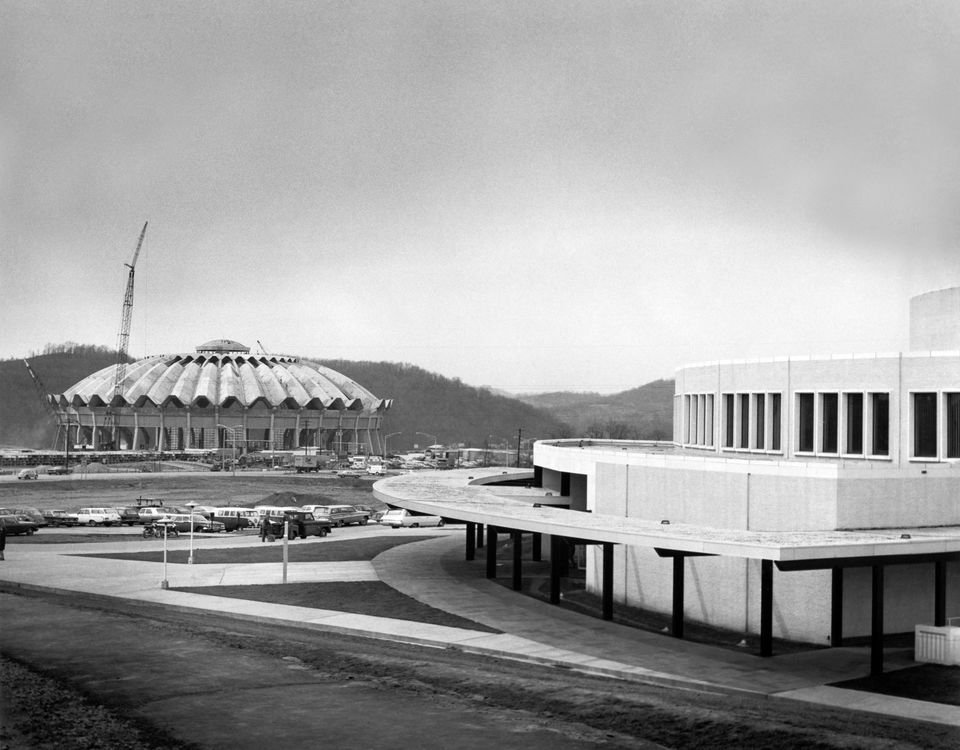 Located in the lobby is the sculpture "Interior Terrain" created by Alison Helm, the Director of the WVU School of Art and Design. Professor Helm describes the sculpture as a "composition of organic and geometric opposites existing parallel to each other." The piece exhibits both positive and negative shapes, creating the interior spaces of the 3 main bodies of the sculpture described by Helm as creating "one voice of unity." She further describes the piece as a representation of the human spirit, gradually disappearing at the end of our lives.

Hidden on both sides of the expansive lobby to the Creative Arts Center, are two pairs of massive porcelain vases and cylinders, depicting the long history of the various Chinese dynasties that have existed, all in a striking off white and blue color that is unique to Chinese porcelain. The vases were acquired in 2012 during a regional symposium held at the Museum Education Center, which all dates back to a twenty-three year exchange program with the Chinese town that invented porcelain over 1000 years ago, Jingdezhen. A former student who started an import export business donated one pair, and the other pair was purchased. As a pair, these pairs tell a folk history of the Spring and Autumn period in China, a time where mystical heroes rise again, as well as depicting the heroes of Daoism. In China, these pairs are used in entryways in banks and various buildings in order to create a welcoming presence. The striking cobalt blue was overlaid onto the porcelain using a rice paper transfer, where the drawings are placed on rice paper, soaked in water and then placed on the porcelain to dry. These majestic pieces will hopefully welcome visitors to the Creative Arts Center for years to come.