Stuart Hinds, Curator of the Gay and Lesbian Archives of Mid-America, shares the significance of this marker

This historical marker commemorates the 50th anniversary of the first National Planning Conference of Homophile Organizations. Dedicated on October 12, 2016, at the corner of 12th and Wyandotte in Kansas City, the marker shares the history of one of the early LGBT civil right organizations in Kansas City, Missouri, The Phoenix Society for Individual Freedom, and its founder, Drew Shafer. The marker was created with the help of community members, historians, activists, and the Gay and Lesbian Archive of Mid-America, which is housed at the Miller Nichols Library at the University of Missouri - Kansas City.

The historical marker commemorating the 50th anniversary of the first National Planning Conference of Homophile Organizations. 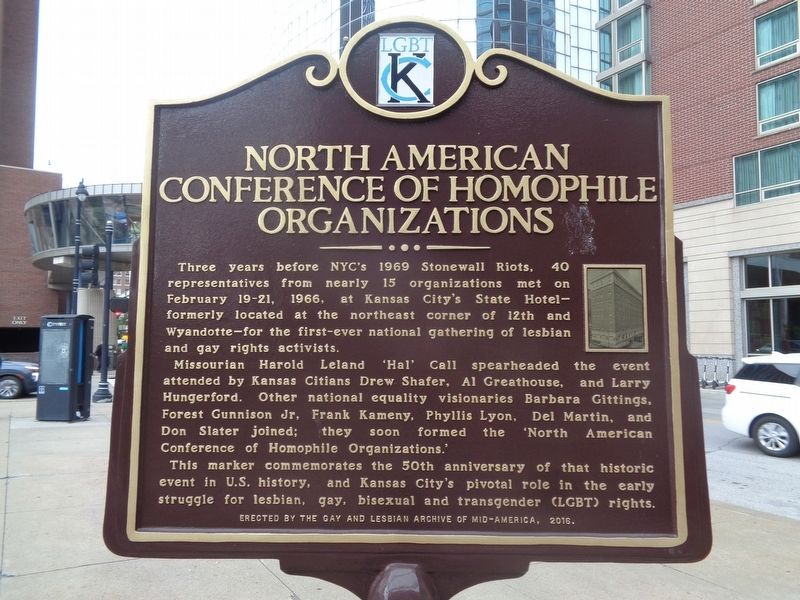 The historical marker commemorating the 50th anniversary of the first National Planning Conference of Homophile Organizations. 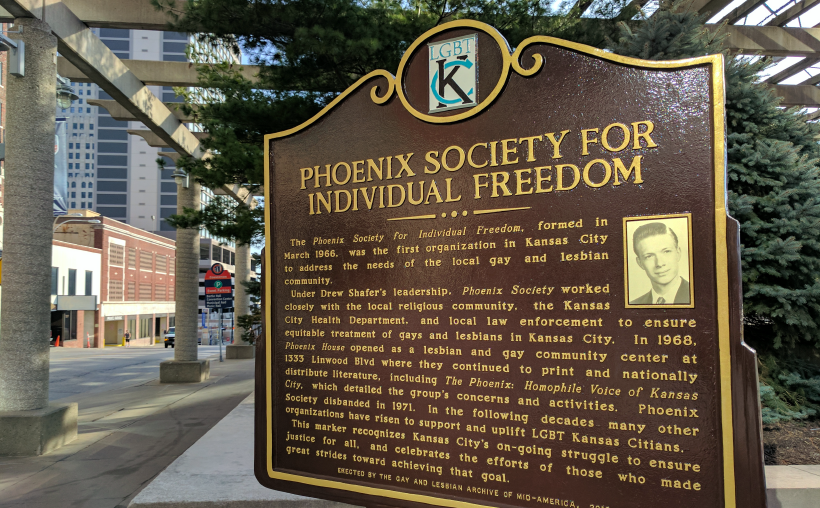 Drew Shafer, founder and president of the Phoenix Society. 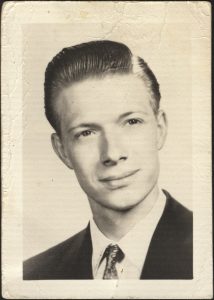 The cover of one edition of The Phoenix magazine, with a photo of the Phoenix House on the cover. 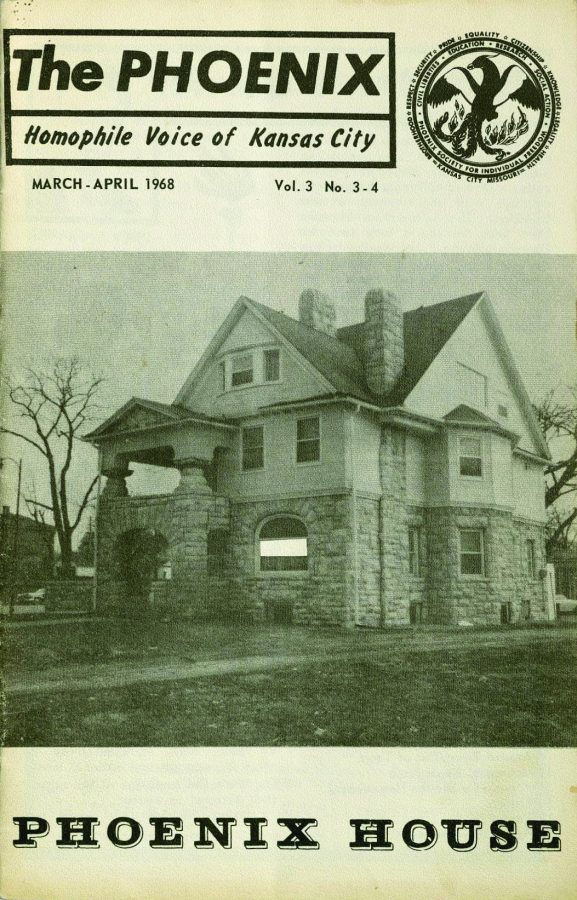 Following World War II, gay men and lesbians in communities throughout North America began organizing as part of an effort they referred to as the Homophile Movement. Believing that gay men and lesbians could and should form communities and work to counter the discrimination they faced, the Homophile Movement was an important step within the larger history of gay rights that occurred in an era when many needed to continue to "wear the mask," a phrase of the early and mid-20th century referring to the need to keep one's sexual orientation private. The movement at this time explored ways to emphasize their common humanity and reduce attention away from the sexual aspect of their identities as a way of countering negative images and replacing those stereotypes with more accurate portrayals of life. Emphasizing basic human rights, community, and safety through unity, the movement of the 1950s and 1960s took on what may appear to be a conformist approach. The meetings that occurred in Kansas City were inspired by the Modern Civil Rights Movement led by Black Communities, but also demonstrate continuity with the post-war efforts to create community while working to counter negative images and discriminatory laws in an era when most gay Americans still had to hide their sexual orientation for fear of losing their livelihood or enduring violence.

Across the country, homophile movements were created in the 1950s and 1960s. Individual organizations worked within their own communities until February 1966, when fifteen different homophile organizations sent out representatives to meet for two days in Kansas City, Missouri. The meeting included the creation of a national defense fund and plans for demonstrations for equal rights. This meeting also included the creation of a national organization known as the North American Conference of Homophile Organizations (NACHO).

Following the National Planning Conference of Homophile Organizations (NPCHO), another homophile organization that began in Kansas City in March of 1966 called The Phoenix Society for Individual Freedom. The organization was founded by Drew Shafer, an openly gay man who served as the organization’s first president. He made it the organization’s goal to improve gay men and lesbians' status in the economic, legal, and social spheres.

Alongside this activism, they were also known for creating a magazine entitled The Phoenix (the first LGBT magazine in the Midwest) thanks to Shafer’s access to his father’s printing press. In 1968, the Phoenix Society opened the first LGBT community center in Kansas City. As other organizations that mirrored their goals increased membership, the Phoenix Society of Individual Freedom officially disbanded in 1971 but its creation and the 1966 meetings in Kansas City commemorated by this marker remain an important milestone in the history of civil rights.