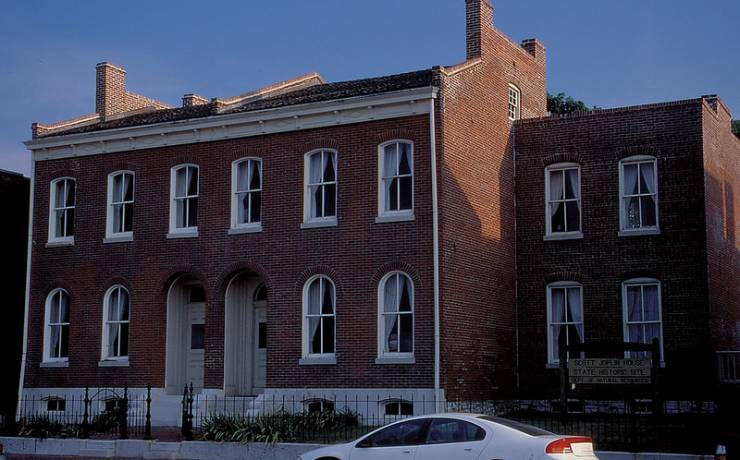 Edward A. Berlin, King of Ragtime: Scott Joplin and His Era-Click the link below for more information 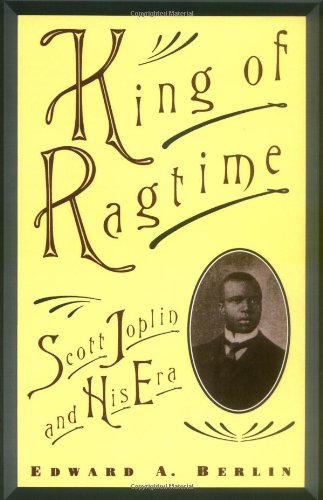 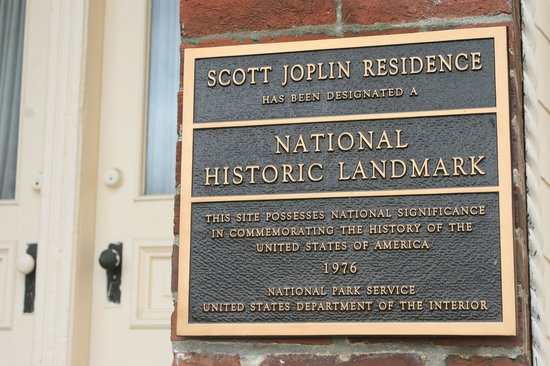 It is not known when the modest two-story brick row house was built, but it was probably constructed sometime during or shortly after the Civil War, as the structure was already listed in an 1874 reference source. The neighborhood developed from common agricultural fields belonging to the French settlement of St. Louis. German immigrants in the 1850s occupied the region known as the "Old North Area" of St. Louis, and it soon attracted other immigrant populations including Irish, Italian, Polish and Jewish groups. It began to become a predominantly Black neighborhood around the years in the very early 20th Century in which Joplin lived there.

Scott Joplin was born in 1868 near Marshall, Texas. The young musician exhibited talent from an early age. As a student at George R. Smith College in Sedalia, Missouri, a Black college established by the AME Church, he studied classical music and the liberal arts. Mastering both the formal structure of classical music and the free-flowing, improvisational expression of area folk musicians, he was able to produce and record the music he and other Black musicians were creating throughout the South. His talent, ambition and education enabled him to become the foremost composer of the new musical genre that became known as "ragtime." His first published ragtime work, "Original Rags," was released in Kansas City in 1899 and in the same year, the Stark Music Company of Sedalia published Joplin's "Maple Leaf Rag." This composition ultimately sold over half-a-million copies by 1909, so the man who moved into the modest house on Morgan Street was already famous. Although he was but one of many composers perfecting the new syncopated sound, his ability to compose such popular music led to his becoming known as "The King of Ragtime." (It should be noted that Joplin referred to himself only as "The King of Ragtime Writers," a title that acknowledged that he was only one of many talented musicians.) In addition to his many popular ragtime tunes published by his own sheet music company, Joplin composed an opera, a musical, a symphony, and a piano concerto.

Because of the deterioration of the surrounding Old North neighborhood in the 1970s, Jeff-Vander-Lou, Inc., an African American neighborhood development nonprofit corporation led by local housing activist Macler Shepard, purchased the property. The corporation sought both private and public funding for the restoration work, with the goal of converting the house into a museum, as the cornerstone for an inner-city cultural center. It was clear, however, by the early 1980s that the corporation would not be able to raise enough money to complete the project, and in 1983, it donated the property to the State of Missouri. The Missouri Department of Natural Resources (MDNR) assumed responsibility for completing the restoration and establishing an interpretive center.

To the dismay of the African-American community that had supported the restoration, exhibits were installed at the Scott Joplin House that celebrated the composer and his music, but communicated little about the urban milieu that nourished his talents, the origins of African-American music or his legacy on modern composers. Local residents were excluded from exhibit programming, so such programming appealed overwhelmingly to white, middle-class music lovers. Around the turn of the 21st Century, a community-based history project, the Scott Joplin Heritage Project, was initiated. The project sought to empower citizens to make decisions about all aspects of the project by linking historical research and interpretation to neighborhood revitalization goals.

Among the issues that faced the Scott Joplin Heritage Project was how best to deal with aspects of Joplin's legacy that still make many people, including those within the Black community, uncomfortable, including violent racial relations, prostitution (Joplin frequently performed in the city's red-light district) and venereal disease (Joplin died of complications from syphilis). With the historical and archaeological evidence from this project, a more comprehensive interpretation of the neighborhood and of Joplin’s tragedy may be necessary to paint a clearer picture of the man whose compositions changed the face of American music.

On the death of Macler Shepard in 2005, he was remembered and honored in print for his contribution towards the preservation of the Scott Joplin House. According to one commentator, "One of Missouri’s historical jewels would have been lost if not for Mr. Shepard and Jeff-Vander-Lou, Inc."