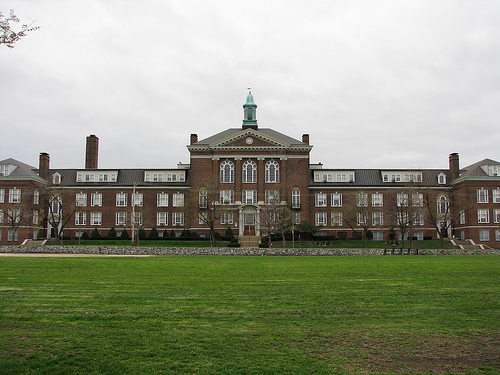 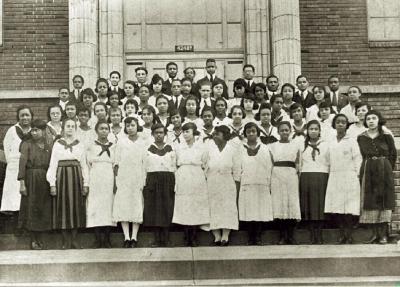 Sumner High School in St. Louis, Missouri, who’s namesake was Charles Sumner, the famous abolitionist senator who became famous for an antislavery speech that lead to his being beaten on the senate floor by a pro slavery senator, was opened at the beginning of the Reconstruction Era of American history that began with the end of the Civil War.1 The high school was the very first high school west of the Mississippi River established for African American students, and it opened its doors in 1875 following the adoption of the Constitution of 1865 in Missouri. The new Constitution, which ratified the 13th Amendment of the US Constitution in the state and was in effect until 1875 when it was amended once again, mandated that all regional school boards in Missouri support the education of Black students.2

Sumner High School was originally located at 11th and Spruce Streets in St. Louis, but it was moved to 15th and Walnuts streets in the 1880s after parents of the students attending the school successfully lobbied to have it relocated in order to avoid making their children walk past gallows and the city morgue on their journey to and from school.3 The school was moved once again in the 1890s due to successful lobbying by the parents of children at the school, except this time they wanted the location to be moved to avoid having their children go to school in a neighborhood full of saloons and pool houses.3 Sumner High School was finally moved to its current location in the building designed by William B. Ittner on Cottage Street in 1908.4

As the public school systems began to desegregate in Missouri during the mid -950s, many students opted to leave the school in order to attend the nearby Soldan-Blewett High School, which was actually much closer for many students who had previously been forced to travel further for school solely because of their race.5 Today, Sumner High School is still functioning as a (fully desegregated) St. Louis high school for over five hundred students in the surrounding area, making it one of the oldest schools in the area that is still operating in the form of an educational institution.

Call for a Tour