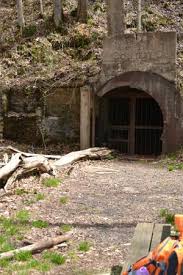 In 1880 the West Virginia militia was used for the first time to stop a coal mine strike. The clashing of union and nonunion workers in the Coal Valley and Hawks Nest mines led the unionized works to halt work. After the strikers threatened violence to workers in neighboring mines, Governor Henry Matthews called in the state militia to arrest miners and break up the strike. The events at Hawks Nest and Coal Valley set a president for the handling of future mine strikes. The Hawks Nest Rail Trail offers a view of the Mill Creek Colliery Mine which was involved in the strike. 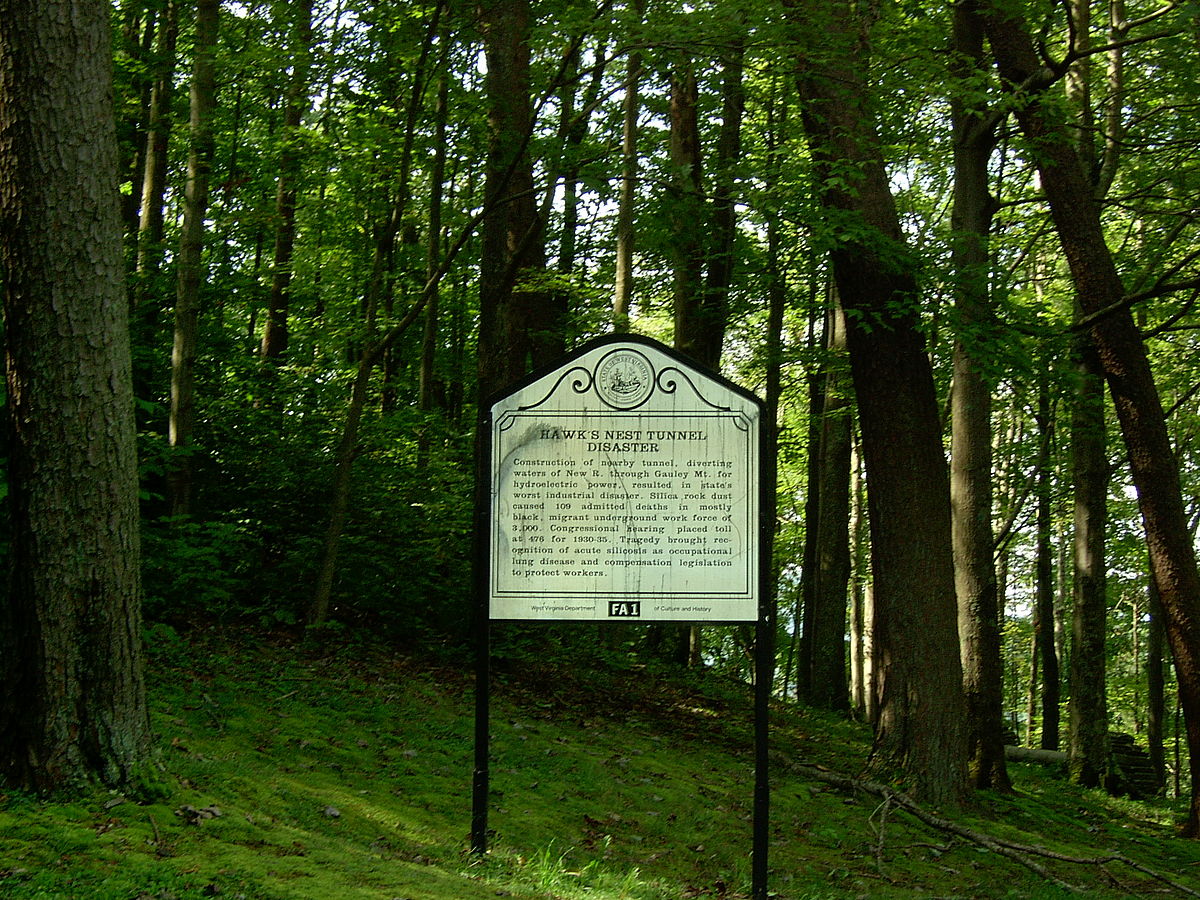 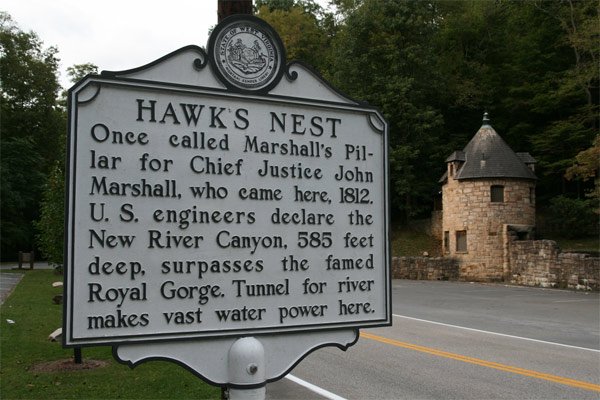 First established as a State Park in 1935, the importance of Hawks Nest dates back to well before West Virginia became a state. Taking its name from the ospreys (also known as “fish hawks”) that are a common sight on nearby cliffs, the area was first called Marshall’s Pillar when it was frequented in the early 1800s by John Marshall, then fourth Chief Justice of the U.S. Supreme Court. Decades later, the area bore witness to several Civil War skirmishes involving Confederate Generals Robert E. Lee and Henry Wise. In the 1920s, a nearby tunnel and dam were built to supply power for corporate chemical giant Union Carbide’s plant in Alloy. Finally in 1935, the state of West Virginia bought the surrounding land to build a state park. The Civilian Conservation Corps built several of the structures in the park including a scenic overlook and museum, which draw thousands of visitors annually to this day.

Hawk's Nest Overlook was built during the Great Depression as part of the Civilian Conservation Corps (CCC) construction projects. Chief Justice John Marshall explored this section of Virginia (now West Virginia) in 1812 and was so impressed by the view of the New River valley that this area was often referred to as "Marshall's Pillar." During the 1930s, young men were employed by the CCC to create what is now Hawks Nest State Park. The area is best-known for another construction project, the creation of a tunnel with hydroelectric equipment that generated power as the water of the New River travelled through Gauley Mountain. The government failed to provide protective equipment for the workforce, composed mostly of African American laborers. A Congressional investigation ruled that the failure to provide protective equipment led to the deaths of 476 men whose inhaled silica rock dust while they built the tunnel. Today, Hawks Nest offers a variety of outdoor recreation opportunities, historic markers, and a hotel and gift shop. 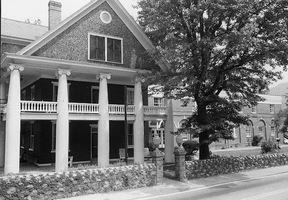 A stately inn originally built in 1839 for stagecoach and river travelers, its position along the crucial Kanawha and James River Turnpike guaranteed a large share of notable visitors and events at Glen Ferris It has served as a family residence, Civil War Army quartermaster’s depot, coal mining operation headquarters, and four presidents have stayed under its roof at different times throughout history. Though it has not always served as an Inn for its nearly 200 years, it has since returned to its original function and welcomes visitors to lodge year-round in its historic rooms. 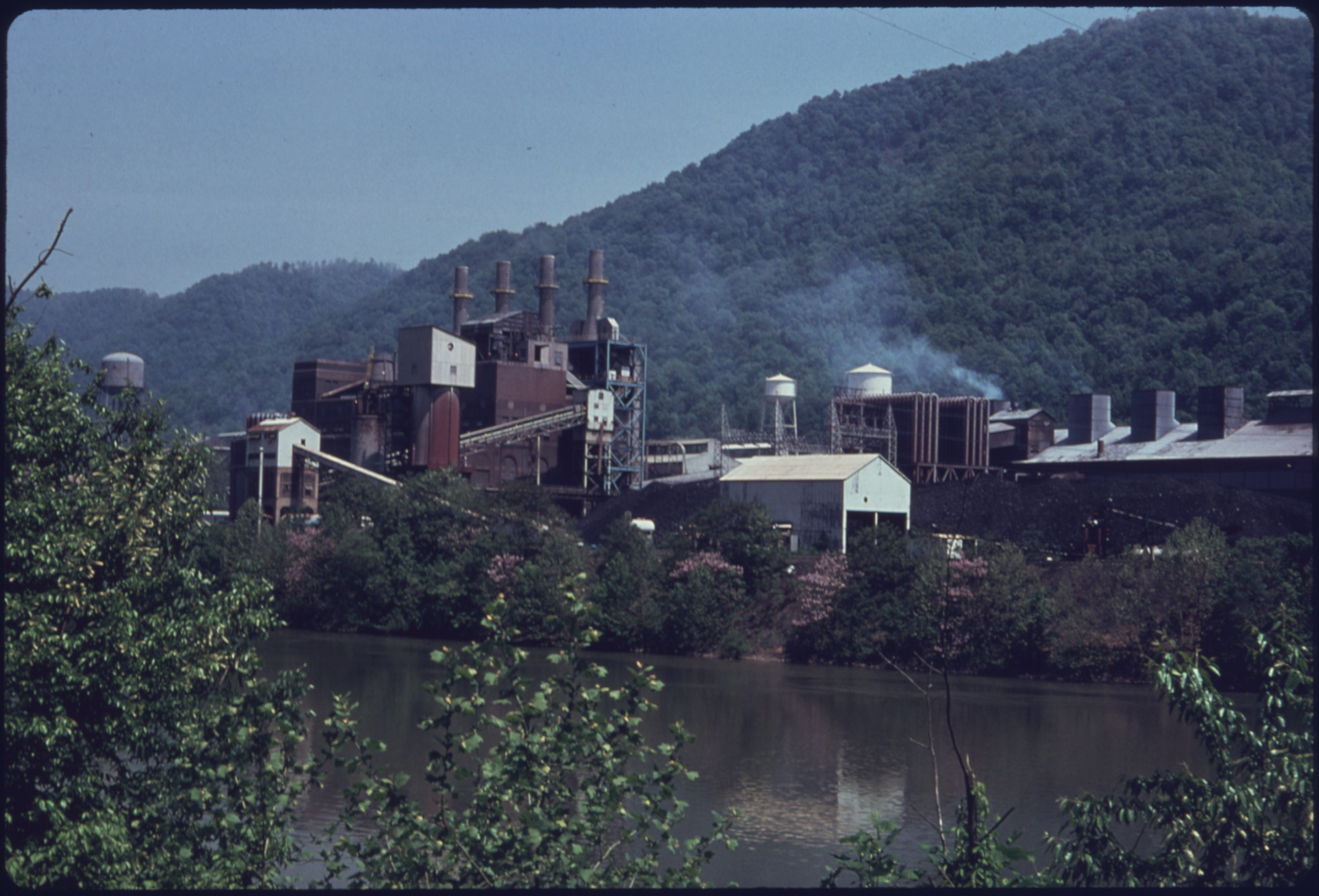 Built in the 1930s by Union Carbide company, this electrometallurgical plant was, in many ways, the cause of the deadly Hawks Nest Tunnel disaster: the tunnel, dam, and powerhouse at Hawks Nest were built to supply power to this facility. The plant was originally owned by Union Carbide and is currently owned by Globe in conjunction with Dow Corning. Also throughout the years, the types of production at the plant has changed. It is now known as WVA Manufacturing. 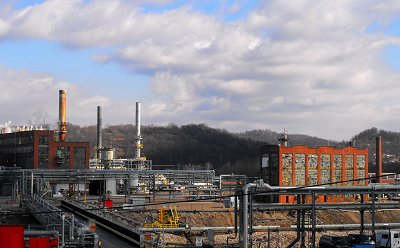