One of the oldest and most distinctive buildings in Cazenovia is the Presbyterian Church on Albany Street. Designed by architect John Hooker and built by master builder Nathan Smith of New Woodstock in 1805, the church served at Cazenovia’s first public meeting and events hall. Despite its status as an Albany Street landmark, the church was not originally located on this plot. At the time of its construction, the village fathers assumed the center of village life would be directed north toward the lake, and so planned for the church to be located just north of the village green, on present day Emory Street. It faced directly south to Hurd Street and was flanked by cemeteries on the east and west. In 1811 the eastern cemetery was abandoned and many of the early occupants were reinterred at Evergreen Cemetery, on Fenner Street when it was opened in 1814. A number of Cazenovia’s first settlers may yet rest at the site of the original graveyard on Emory Street however. Once it was realized that village and commercial life would center on Albany Street, the Presbyterian church was lifted and moved to its present location in 1826. In 1869 the church underwent a remodel, dramatically changing the cornices, windows and doors. A surrounding balcony was removed from within the church and the vaulted ceiling was altered to its present state. Within the attic of the church, however, evidence of the original design can still be seen. Perhaps the most distinctive feature of the church, the towering steeple, is original to the building, and has stood as an unswerving example of faithfulness throughout the 200 plus years of the church’s existence. 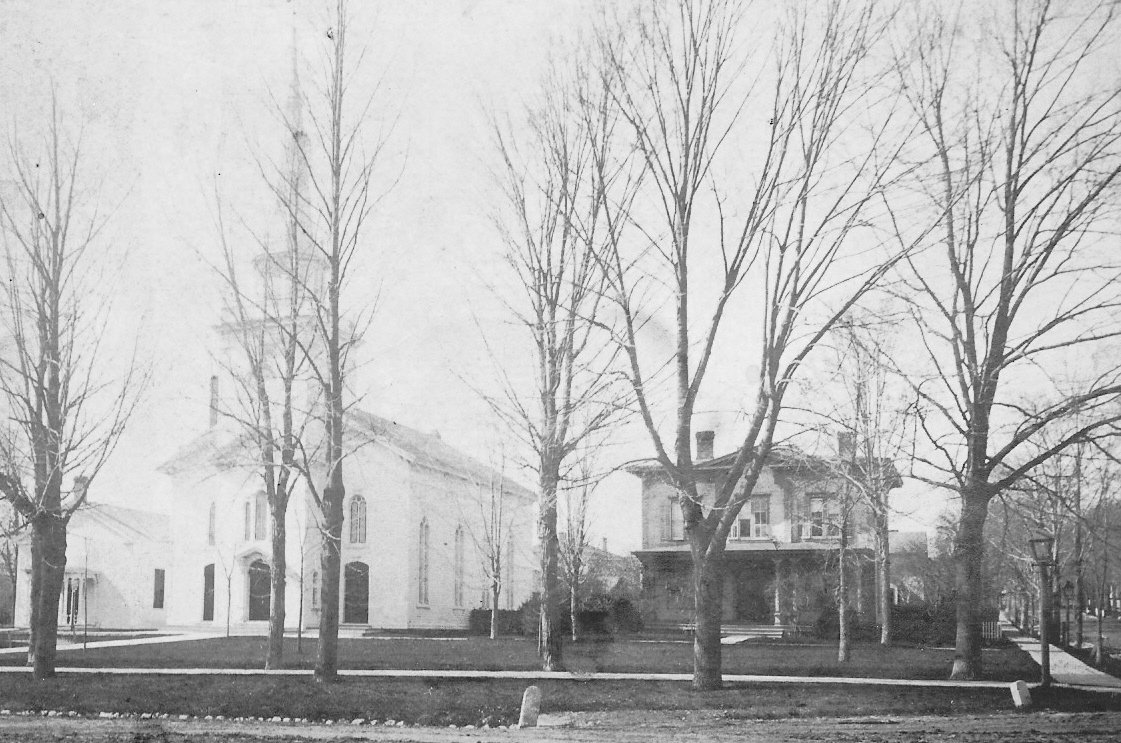