Cathedral of St. Matthew the Apostle

The Cathedral of St. Matthew the Apostle, also commonly known as St. Matthew's Cathedral, is located in Downtown Washington, D.C. It is the seat of the Archbishop of the Roman Catholic Archdiocese of Washington. This church is notable as the site of several historic funeral Masses, including that of President John F. Kennedy. In 1974, it was added to the National Register of Historic Places at St. Matthew's Cathedral and Rectory. 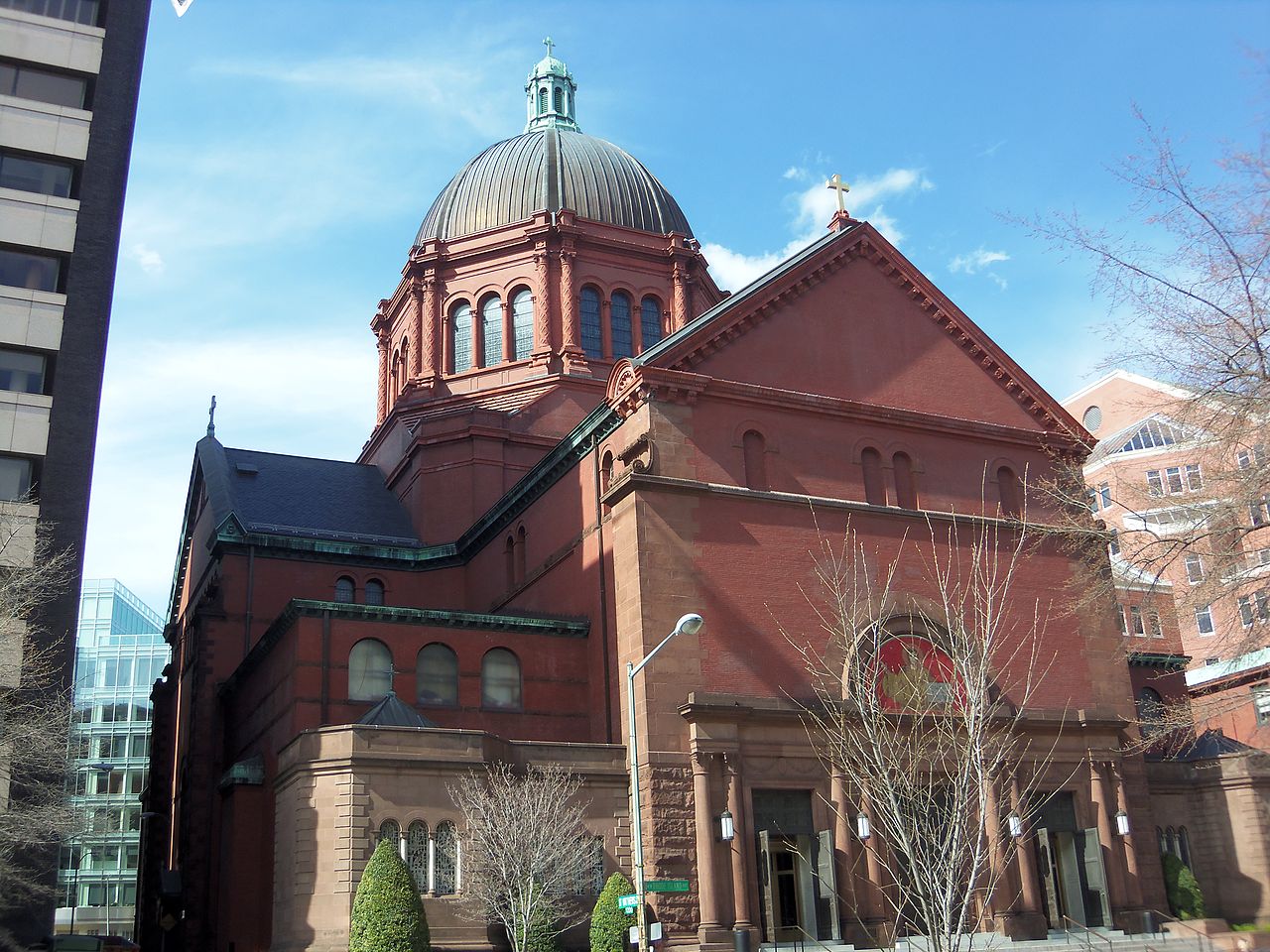 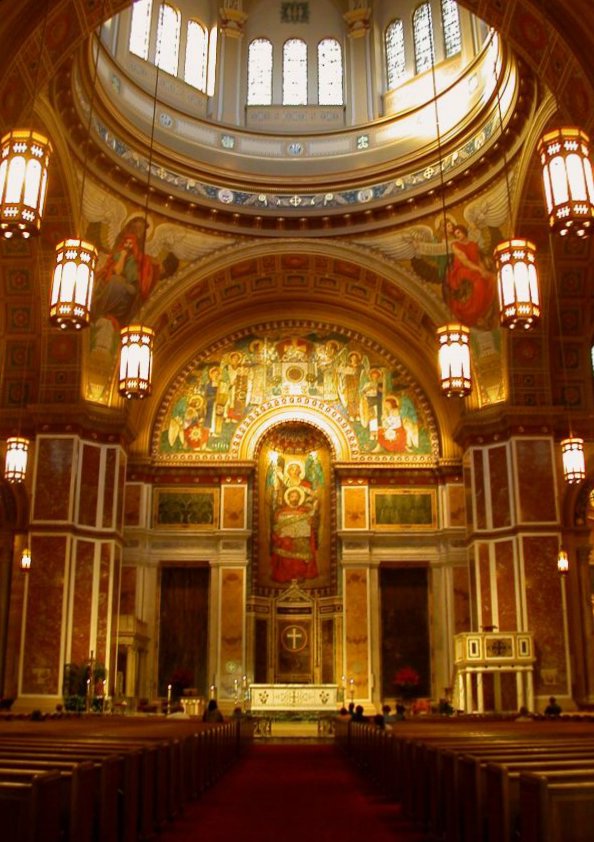 Commemoration marking the location of President Kennedy's casket during the Requiem Mass. Image by Seanofdublin24 - Own work, CC BY-SA 4.0, https://commons.wikimedia.org/w/index.php?curid=49487113 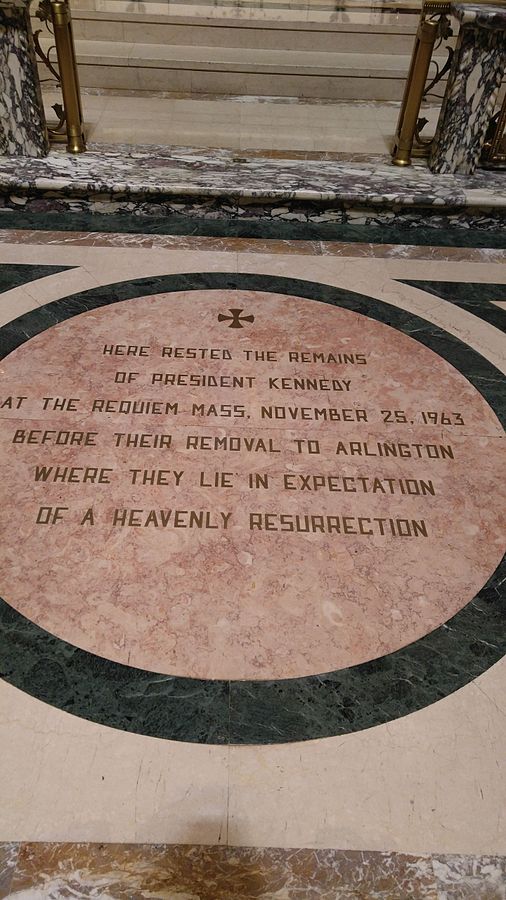 Dedicated in 1840, the parish of St. Matthew the Apostle became the fourth parish established in the District of Columbia. In 1982, pastor Monsignor Thomas Sim Lee purchased the land on which the current cathedral stands. Architect Christopher Grant LaFarge was charged with designing a new church that would serve the parish. In 1893, LaFarge's design was approved, and the first cornerstone was laid down and blessed later that year. The church opened for Mass in 1895, although construction continued until its 1913 dedication.

In 1939, St. Matthew's was designated a Cathedral following the creation of the combined Archdiocese of Baltimore and Washington. Later, it became the Mother Church of the new archdiocese of Washington when it was established as its own, separate entity in an announcement made by Pope Pius XII.

This cathedral is dedicated to the Apostle Matthew, the patron saint of civil servants. Architecturally, the structure is of the Romanesque Revival style, with Byzantine-inspired elements. It is constructed of red brick and sandstone, and features a terracotta trim. The shape of the church is that of a Latin cross measuring 155 feet × 136 feet. An octagonal dome caps the cathedral which, with the cupola and crucifix, reaches a total height of 200 feet. The interior of the church is decorated with marble and semiprecious stones, as well as an impressive, 35-foot mosaic of its patron saint, created by Edwin Blashfield. Additionally, the structure includes an 8-tomb crypt near the entry of the St. Francis Chapel, wherein former archbishops are interred.

This cathedral is notable as the location for several historic funeral Masses, conducted for such notable individuals as television anchorman Frank Reynolds (1983), U.S. Supreme Court Associate Justice William J. Brennan, Jr. (1997), and Chief Justice William Rehnquist (2005). In 1963, a Pontifical Requiem Low Mass for President John F. Kennedy was recited at this location during his state funeral service. The spot where Kennedy's casket was place is marked inside the church.

The cathedral has also served as the site of other important Masses. For example, Pope John Paul II celebrated Mass at St. Matthew's during a 1979 visit to D.C. One of the most famous Red Masses in the world is hosted at this Cathedral annually, with the Justices of the Supreme Court, members of Congress and the Cabinet, and dignitaries (sometimes including the President of the United States) in attendance. The Cathedral of St. Matthew the Apostle was added to the National Register of Historic Places in 1974.