The Shawnee Reservation Mound, also known as the Institute Fairgrounds Mound and the Poorhouse Mound, is a burial mound that was built by the Hopewell tribes that inhabited this area for centuries prior to the arrival of Europeans. The mound is located in Shawnee Regional Park in Dunbar, West Virginia. The Smithsonian Institution excavated the mound in 1884 and archaeologists believe that it was built by the area Hopewellian peoples about 1500 to 2000 years ago. 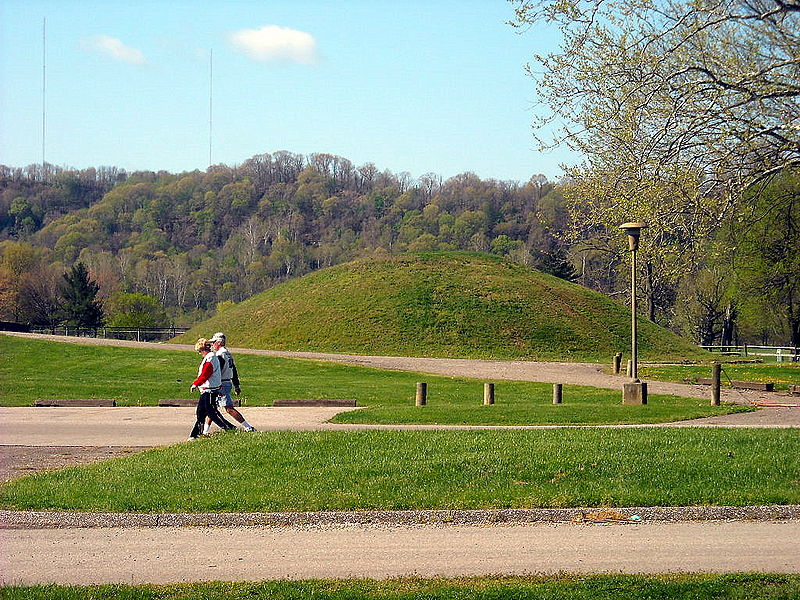 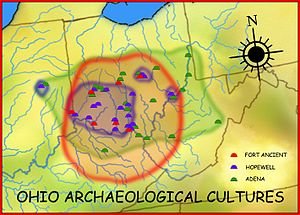 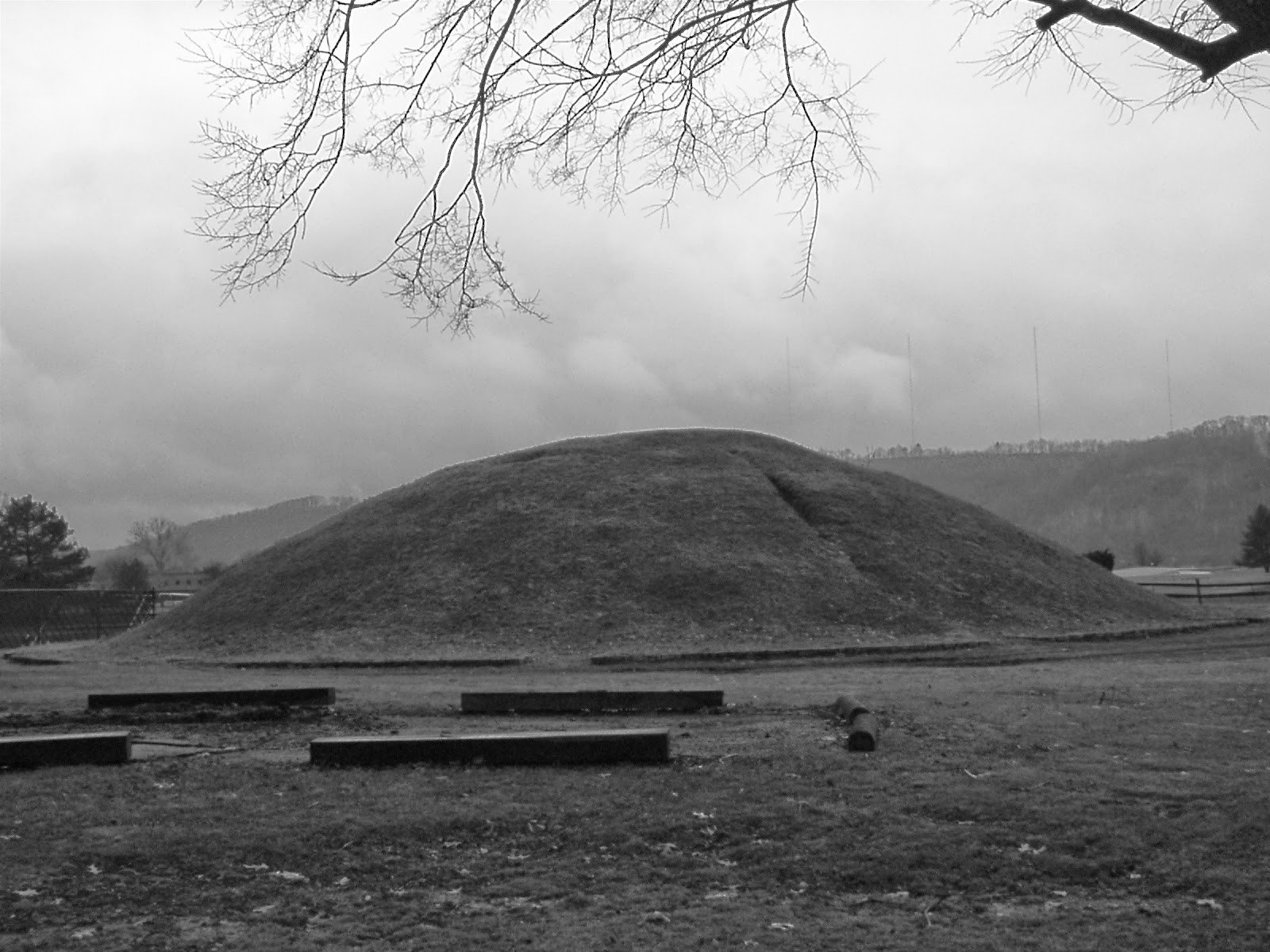 Photo from 1909 where the sacred via that led to the Kanawha River can still be seen. 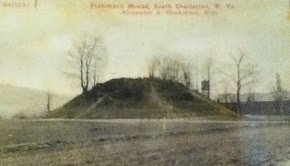 Shawnee Reservation Mound, also known as the Institute Fairgrounds Mound and the Poorhouse Mound, is located in Shawnee Regional Park in Dunbar, West Virginia.  This mound today is about 20’ high and 80’ in basal diameter, but was originally 25’ high and greater than 80’ in diameter. The Smithsonian Institution's Bureau of Ethnology partially excavated the mound in the 1880s, at which time they uncovered three burials or cremations. The burial mound, one of the few that remain in the Kanawha Valley, dates back to the Adena period. It was built after 500 B.C.

About three feet from the top of the mound, known as the Poorhouse Mound or Shawnee Reservation Mound, were the remains of two people, one over the other and facing each another, according to the report. Ten feet down from the top of the mound were two large skeletons in a sitting position with their legs interlocked at the knees, according to Spencer’s report. Between the people was a hollowed-out sandstone slab filled with white ashes containing burned bone fragments. One of the skeletons wore copper bracelets.

Excavations made in the Dunbar mound revealed it to be a double storied structure. The exploration was made by first sinking a vertical shaft through the center of the mound, down to and slightly below the original surface of the ground. This mound was about as high as a modern three-story house. Within the mound were found successive layers of skeletons, some of them sepulcheredin a stone vault, and those nearer the bottom in a large wooden vault. Some of the beams of the latter were of walnut, and were 12 inches in diameter.

This is one of three mounds that remain of the once existing Adena mound and earthworks complex that centered in the Charleston-Dunbar area.The Adena culture was a Pre-Columbian Native American culture that existed from 1000 to 200 BC, in a time known as the Early Woodland period. The Adena culture refers to what were probably a number of related Native American societies sharing a burial complex and ceremonial system.

The mound has been mostly undisturbed since the partial excavation in the 1880s, and is located directly beside the Shawnee Park clubhouse. A short knee wall was erected around the base of the mound in the late 20th century. In 2018, a multi-sports complex is in very close proximity to the mound, which makes its future preservation of utmost importance. Shawnee Mound is an important cultural artifact and one of only a few burial mounds that survive in the area today.

Dragoo, Don W. Mounds for the Dead: An Analysis of the Adena Culture. Pittsburgh: Carnegie Museum, 1963.