The oldest cemetery in Charlotte, the Old Settlers’ Cemetery was in use between the years of 1774 and 1886. The cemetery is host to the graves of some of Charlotte’s most influential characters and families, including founding citizens, political figures, numerous soldiers and individuals enslaved to these notable families. In the late 1990’s the cemetery was granted a revitalization, and much of the landscaping, groundwork and paving were updated. Today the cemetery is a successful preservation project and centralized reminder of the city’s history. 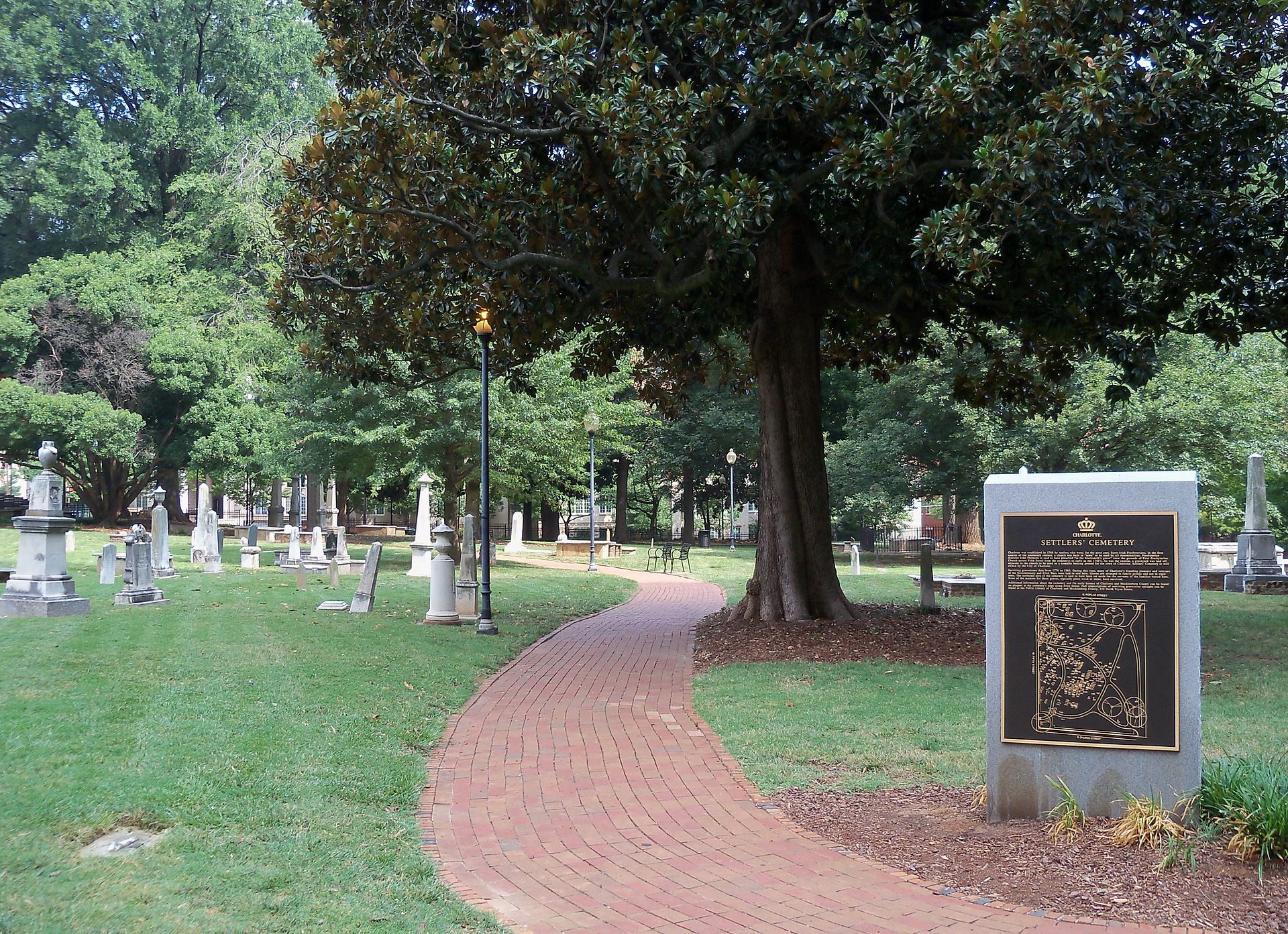 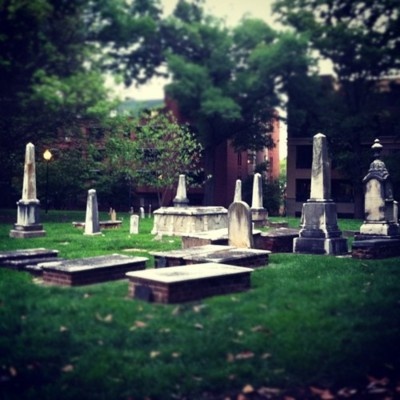 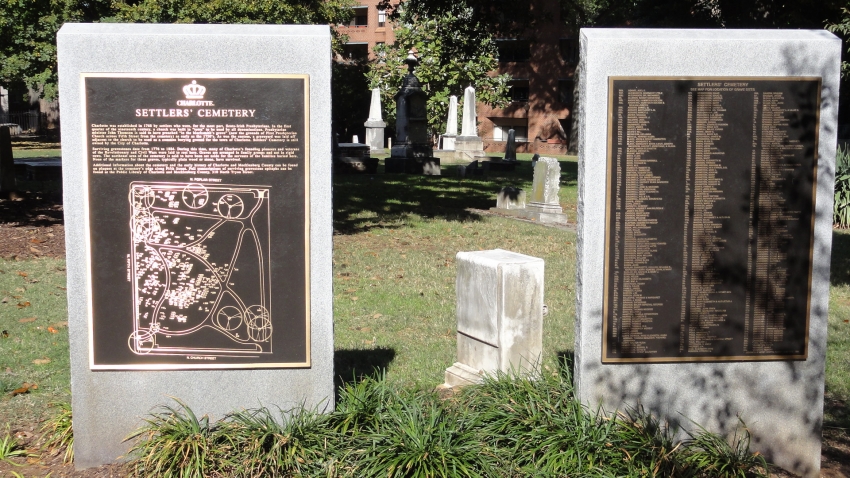 The Old Settlers’ Cemetery is believed to have been established in the early 1770s, the oldest known grave is marked as 1776. The site continued to serve as a burial ground until shortly before the Civil War, officially 1854, however some burials were permitted for the following decade to honor family plots. At this point it is understood that the cemetery was too small, approaching overcrowded. The city opened another cemetery, the Elmwood Pinewood Cemetery, and all future graves were placed at that site for several following decades.

A complete record of the individuals buried at the cemetery does not exist, and it is noted that many graves have been moved over time. Additionally, the north and east corners of the cemetery were reserved for individuals enslaved by families owning plots within the cemetery grounds. Many of these individual’s graves are unmarked and undocumented.

In the early 1900’s the first preservation attempt was made at the site. Noting the decrepit conditions of the property, local individuals contacted the Charlotte Park and Tree Commission, who began a preservation and beautification project on the cemetery square. The most notable act completed was preservation of the property’s historical iron gate and granite outposts, the original entrance of the cemetery. Over the next century additional projects were composed and completed, including resurfacing many memorial stones, grave stones, and documentation of the sites. Significant landscaping was also completed during this time.

Today the cemetery sits at the center of Charlotte’s popular and busy historic Fourth Ward District, just outside the city center. With the 1990’s renovations, the city continued to develop the cemetery as a beautiful landmark among the urban space. The cemetery is prized as being lush with plant life, built around old oak trees and lined brick pathways, all engineered to give the impression of a historically significant park.

Open to the public.