Constructed in 1908, the historic Monroe County Courthouse was completed at a moment that would mark the apex of the city of Bloomington's population owing to recent industrial growth. The first county courthouse for Monroe County was a two-room log cabin built at what is now the Courthouse Square only five days after the establishment of the county. As the town and county grew, Monroe County's courthouse structures evolved from a log cabin to a brick structure to this stone building. Numerous other public buildings once shared space in the square with the Courthouse, but now this building is all that remains. 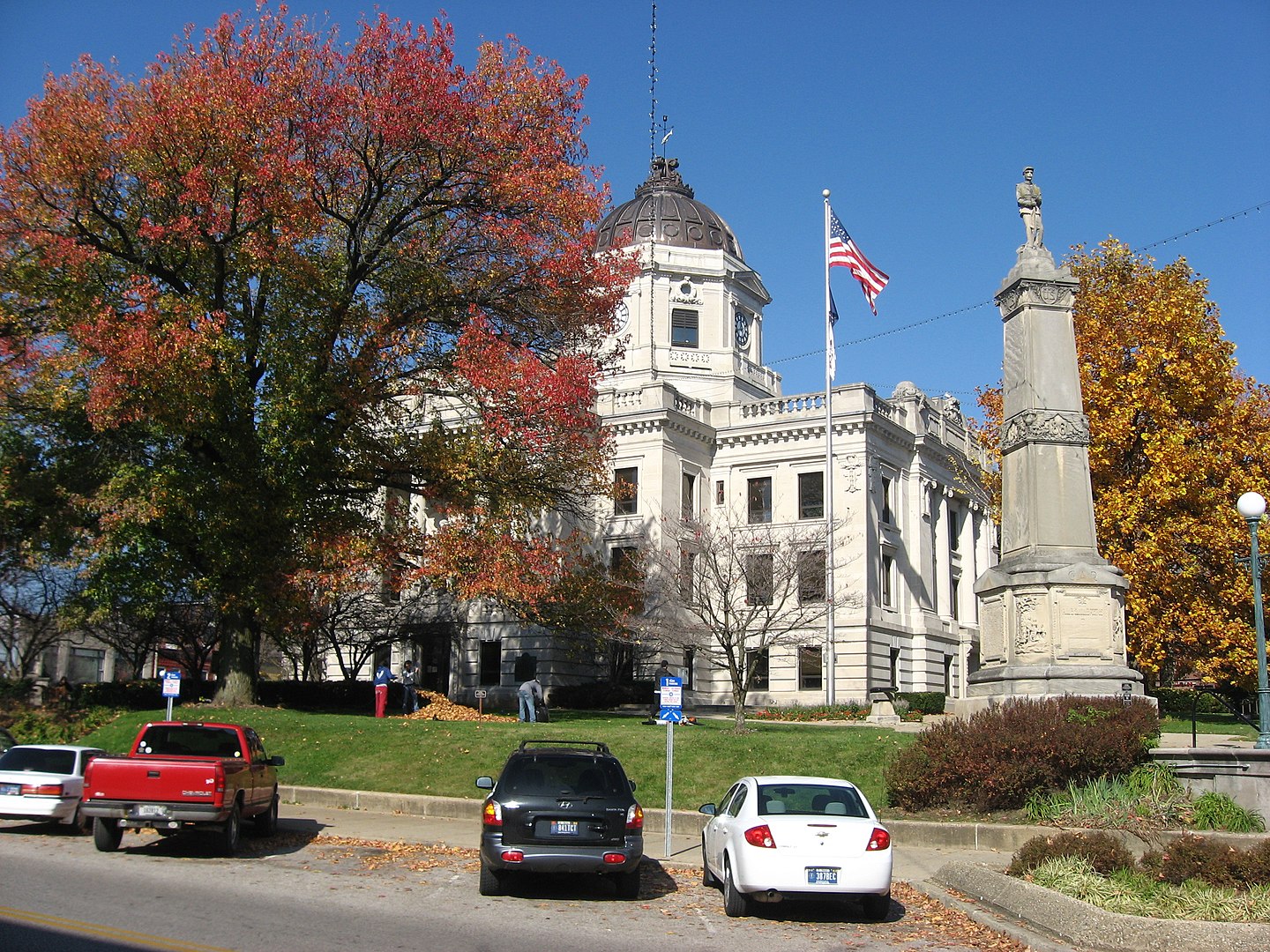 The present Monroe County Courthouse is the county's third courthouse to occupy the public square. In the past, the courthouse was flanked by other public buildings such as the first county jail, firehouse, and public well. President James Madison, the nation's fourth president, established Bloomington in 1816 as the site of a seminary, an institution that grew and later became Indiana University. In 1818, with James Monroe as president, the Indiana General Assembly created Monroe County. The first Monroe County Courthouse, a single-story, two-room log cabin, was built a mere five days after the creation of the county. The community later used the cabin as a schoolhouse when the construction on the second courthouse, a brick structure, finished in 1826 (expanded and renovated during the 1850s and 1870s).

The railroad arrived in Bloomington in 1854, a sign of the town's growth and the impetus for its continued growth. By the time the Civil War ended, the town's industrial expansion had coincided with a population boom that led to the city's incorporation in 1866. The public square where the courthouse stood enjoyed illumination from twenty-nine street lamps by 1880, and electric lights glowed from the courthouse roof in 1886. The commercial and population growth enjoyed by Bloomington peaked in the years leading up to World War I. In addition to the electric lights added to the courthouse, the city paved its roads, built a city hall, two railroad stations, added a water and sewer system, and made plans for a new courthouse — construction on the historic building that stands today finished in 1908.

Significant renovations on the historic courthouse took place in 1984, allowing the building to survive into the twenty-first century. However, many of the other buildings erected in the square during the late nineteenth and early twentieth centuries are long gone. The historic courthouse survives as a lasting reminder of the town's growth. Notably, the building speaks to Bloomington's commercial and population boom during the early twentieth century.