A view of the Barnum Museum from Main Street in Bridgeport 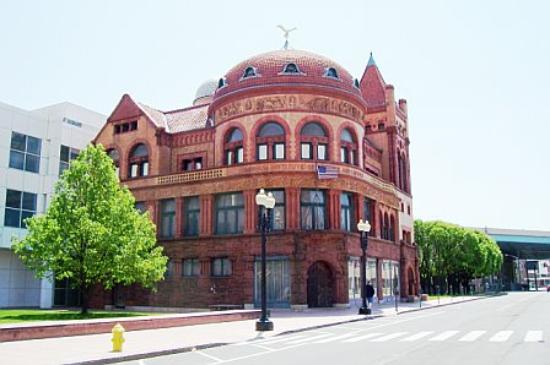 The 1,000 square-foot, 3/4-inch scale model exhibit on the museum's third floor showcases a five-ring circus with over 3,000 hand-carved miniature figures. 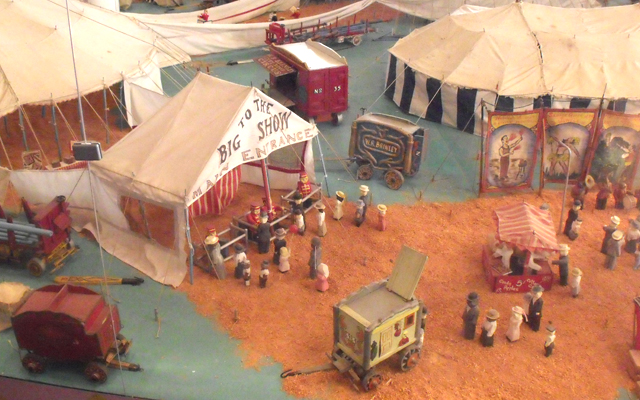 Constructed in 1893 and originally known as The Barnum Institute of Science and History, P.T. Barnum envisioned this Byzantine and Romanesque-influenced building as a prominent resource library and lecture hall. In fact, iconic American figures and luminaries such as the Wright Brothers and Thomas Edison spoke at the institute in its early days. With the Great Depression in full swing by 1933, financial instability led to the museum’s acquisition by the City of Bridgeport. From 1943 until 1946, the city remodeled the structure, and it thereafter opened as a city hall annex, where it remained throughout the 1960s. Concerned city officials and Bridgeport citizens paved the way for the opening of the P.T. Barnum Museum in 1968, and only four years later, the Barnum Museum was added to the National Register of Historic Places.

Combining a deep influence central to Bridgeport’s history, the exhibits housed among the three floors at this museum offer a new and exciting chance for visitors to explore both Bridgeport and P.T. Barnum. Across the top of the building, visitors are first confronted by five relief panels illustrating America’s history, ranging from a 1670 relief depicting Native Americans to an 1870 panel of America’s industrial revolution. Within these panels, there are six busts also dedicated to central historical figures, such as Christopher Columbus and President Grover Cleveland. Many of Barnum’s personal items and artifacts are carefully organized across the first floor of the museum, as the P.T. Barnum: Bethel to Broadway to Bridgeport exhibit explores Barnum’s family, political, and professional life before concluding with his (arguably) pinnacle life achievement — P.T. Barnum’s Greatest Show on Earth.

The main lobby and the first floor feature a re-creation of the library from Barnum’s first mansion as well as Baby Bridgeport, a six-foot, eight-inch mounted pachyderm that is also the first elephant born in captivity to be preserved. Bridgeport history buffs can delight in the museum’s second floor, which features several exhibits exploring the culture and industry of 19th-century Bridgeport. Located adjacent to the second-floor main gallery is a re-creation of the drawing room found in the iconic Harral-Wheeler mansion, which is considered to be one of the most famous examples of Gothic architecture and design in the United States. Heading up to the third floor, museum-goers can discover those 3,000 hand-crafted figurings and circus sets, one of the most outstanding carved circus models in the nation.

Please note the historic Museum building is closed due to storm damage from the F1 tornado that struck Bridgeport on June 24th, 2010. The Envisioning the Future! exhibit is open to the public from 11 a.m. to 3 p.m. on Thursdays and Fridays. This exhibi