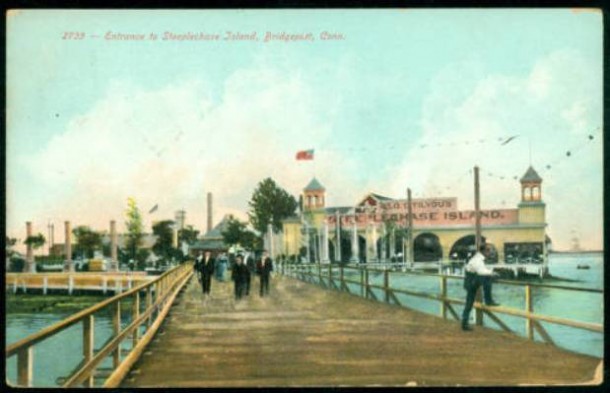 From 1892 to 1953, Pleasure Beach was a highly popular tourist destination and amusement park located right outside of Bridgeport. In 1889, the beach’s surrounding 37-acre island was acquired by Bridgeport when the city annexed the borough of West Stratford in 1889. Three years later, with growing rumors that Captain Kidd laid treasure on the island, local liquor dealers J.H. McMahon and P.W. Wren decided to build an amusement park there. Throughout the 20th century, especially after the city completed construction of a long bridge to the mainland allowing for both foot and automobile traffic, Pleasure Beach was one of the most popular tourist sites in Connecticut. The island included a boardwalk, skating rink, a roller coaster, a miniature railroad, and more. Because of several fires, including the 1953 fire and the 1996 fire, the amusement park closed down and Pleasure Beach was abandoned. The beach was closed for many years but thanks to the city's parks department, the beach is again open to the public and accessible via a free water taxi.

It is located off the southwest coast of Stratford, Connecticut.