Riverside Cemetery was established in 1853 - the same year that Waterbury officially became a city. It was designed to be a "Rural Cemetery," part of an aesthetic movement to create burial parks. Cemeteries like Riverside were intended to act almost as public parks - a place where people could escape the bustle of the city and take a pleasant stroll among the trees and streams. 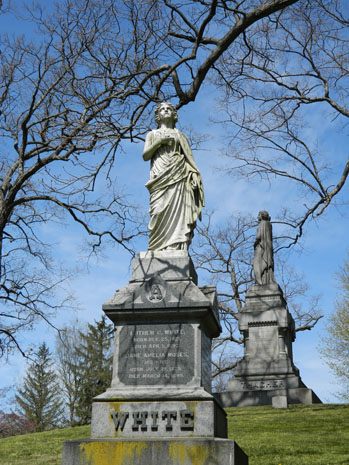 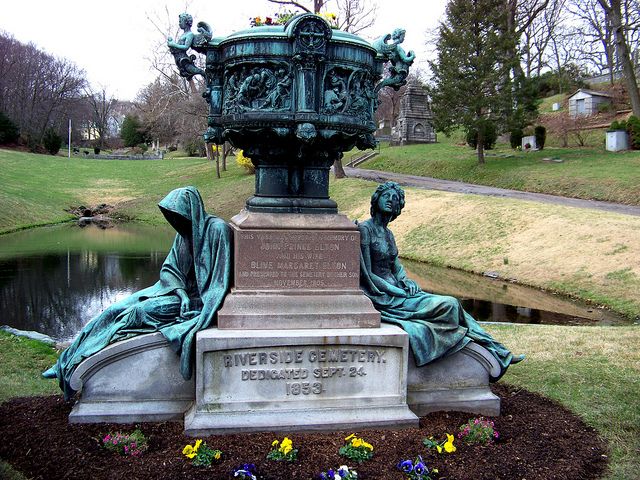 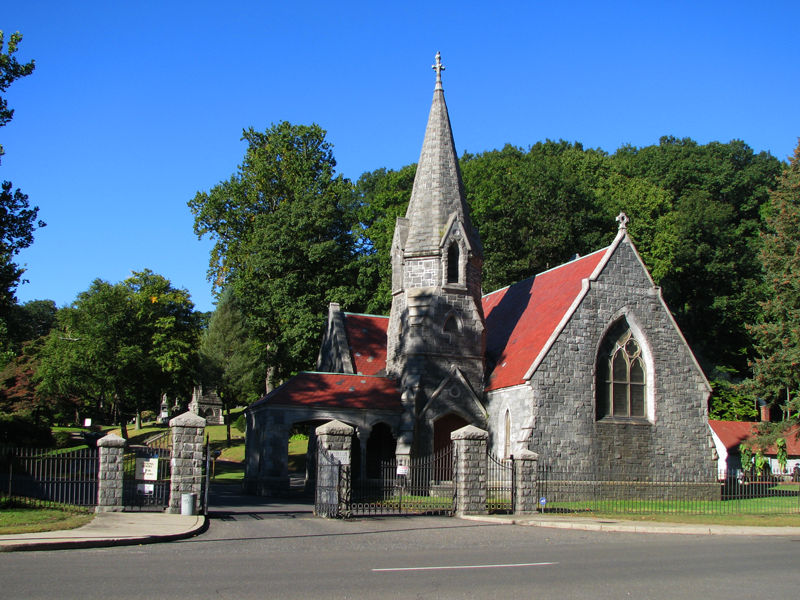 The creation of Riverside Cemetery involved landscaping in a literal sense. Many of the small hills - topped by grand and imposing monuments to some of the greatest industrialist families - were created specifically for that purpose. The small stream running through the center is naturally occurring, but its two ponds are not. According to Joseph Anderson's The Town and City of Waterbury, Riverside cemetery's was originally surrounded by a wooden fence, but in 1888, a 6-foot iron fence was installed at a cost of $3270. The hills where the Chase's, the Brown's, and other families' monuments stand once commanded a view of the entire city. Today, however, the view is blocked by an elevated expressway. Despite the unfortunate placement of the highway, the interior of the park is still a grand place to spend an afternoon.

Anderson, Joseph. The Town and City of Waterbury Connecticut, From the Aboriginal Period to the Year Eighteen Hundred and Ninety-Five. Vol. III. New Haven, CT. The Price & Lee Company, 1896.