This marker is one of many tributes to Shuttlesworth's life in the city of Birmingham. The airport now bears his name and there is a statue of Shuttlesworth at the entrance to the Birmingham Civil Rights Institute. 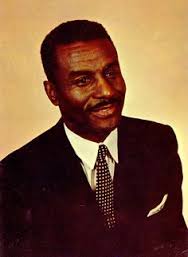 President Obama and Fred Shuttlesworth in Alabama on the 50th Anniversary of the Selma March.

Learn more about Shuttlesworth and the civil rights movement in Birmingham with this book from UNC Press. 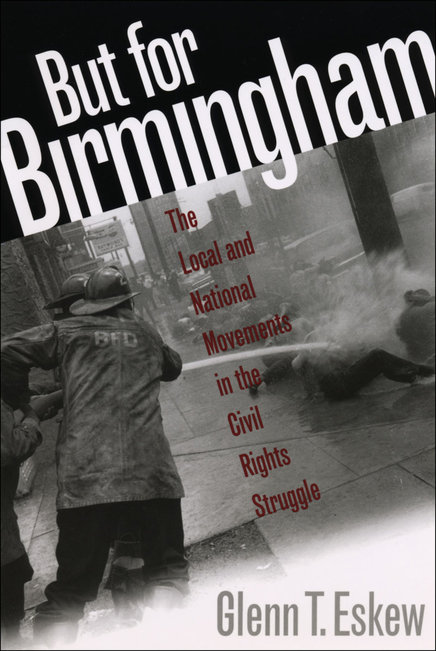 Fred Shuttlesworth was born in Mount Meigs, Alabama on March 18, 1922 during the height of segregation in the south. Years later his family moved to Birmingham for better economic opportunities where he graduated from Rosedale High School as valedictorian. He then went on to work as a truck driver at Brookley Air Force Base in Mobile during World War II. He married his first wife Ruby in 1941; they would have four children together before divorcing in 1970.

In 1943 Shuttlesworth answered his calling to become a minister and attended Cedar Grove Bible College in Mobile, Alabama. He later transferred to Selma University and then to Alabama State College where he graduated from in 1952. After graduation he became the pastor of Selma’s First Baptist Church he was not there long before indifference with the deacons led to his departure. He did not let the issues he had at Selma’s First Baptist Church get him down and in 1953 he became pastor of Bethel Baptist Church in Birmingham.

Fred Shuttlesworth was a very outspoken person, he became involved in many civil rights activities over the years in attempts to end the brutality against his people and acquire equal rights for all. After it was declared that the NAACP was not allowed to operate in the state of Alabama, Shuttlesworth, along with Ed Gardner, established the Alabama Christian Movement for Human Rights to continue work that was formerly being done by the NAACP. The ACMHR demanded that the Birmingham Police department become integrated, and when these pleas were ignored they responded by suing. Fred was also active in organizing efforts to desegregate buses when the first attempt on his life took place.  On Christmas day his house was bombed while he was inside. He survived this attack on his life and did not allow it to silence his voice in the civil rights movement.

In 1957 Shuttlesworth along with seven others founded the Southern Leadership Conference; they were committed to a nonviolent approach and because Fred was so headstrong he had a hard time following this philosophy and was known for antagonizing his opponents as well as his colleagues. Because of this conflict he moved to Cincinnati in 1961 to become pastor of the Revelation Baptist Church. This did not stop his efforts in Alabama as he would often return to help the cause.

In 1957 there was a second attempt on Shuttleworth’s life; he and his wife were attempting to enroll their children in a previously all white school in Birmingham when they were attacked by members of the Klan. He was severely beaten and his wife Ruby was stabbed Shuttlesworth drove himself and his wife to the hospital, they both survived. This was not the last attempt on his life. In 1958 Shuttlesworth survived an attempted bombing at his church; he was not injured because the bomb was spotted and moved before it could do damage.

He did not allow any of these attempts to silence his voice and over the next several years he continued his fight for desegregation. In 1960 he participated in sit-ins against segregated lunch counters, and in 1961 participated in the organization of the Freedom Rides. Later in 1963 he lead a campaign called Project “C” to desegregate through however, the conviction was later overturned. Fred was also involved in marches in St. Augustine Florida which led to the passage of the Civil Rights Movement of 1964. One year later he was involved in the march from Selma to Montgomery which led to the passage of the Voting Rights Act of 1965.

Shuttlesworth founded the Greater New Light Baptist Church in 1966 and two years later founded the Shuttlesworth Housing Foundation to help those who are unable to buy their own homes. He served as pastor of the Greater New Light Baptist Church for the next several years announcing his retirement in January of 2006. Two months later he gave his last sermon on March 18, 2006 which was the weekend of his 84th birthday. Shuttlesworth remarried and continued to travel the country speaking on Civil Rights until he suffered a stroke in 2008. On October 27th 2008 the Birmingham airport was renamed in his honor as the Birmingham-Shuttlesworth International Airport. On October 5th 2011 Fred Shuttlesworth died at Princeton Baptist Medical Center. This marker pay tribute to his courage and service in fighting for equal rights for all Americans.

Eskew, Glenn T. But for Birmingham: The Local and National Movements in the Civil Rights Struggle. Chapel Hill: University of North Carolina Press, 1997.