The church buildings are notable for having been relocated. The social hall (at left from street) is from the Camp Callan (1941-45) army training center which was located on Torrey Pines Mesa. The central building houses the church office, chapel, and kitchen and was relocated from a Marine Corps base (perhaps Camp Matthews, 1918-1964) where it was used as a mess hall. The school rooms at the back of the property were relocated from a WWII Japanese-American internment camp in Arizona, either Poston or Gila River (both 1942-45). The large sanctuary at right was completed for the church on site in 1948. Today the church serves a largely Vietnamese and Filipino congregation. 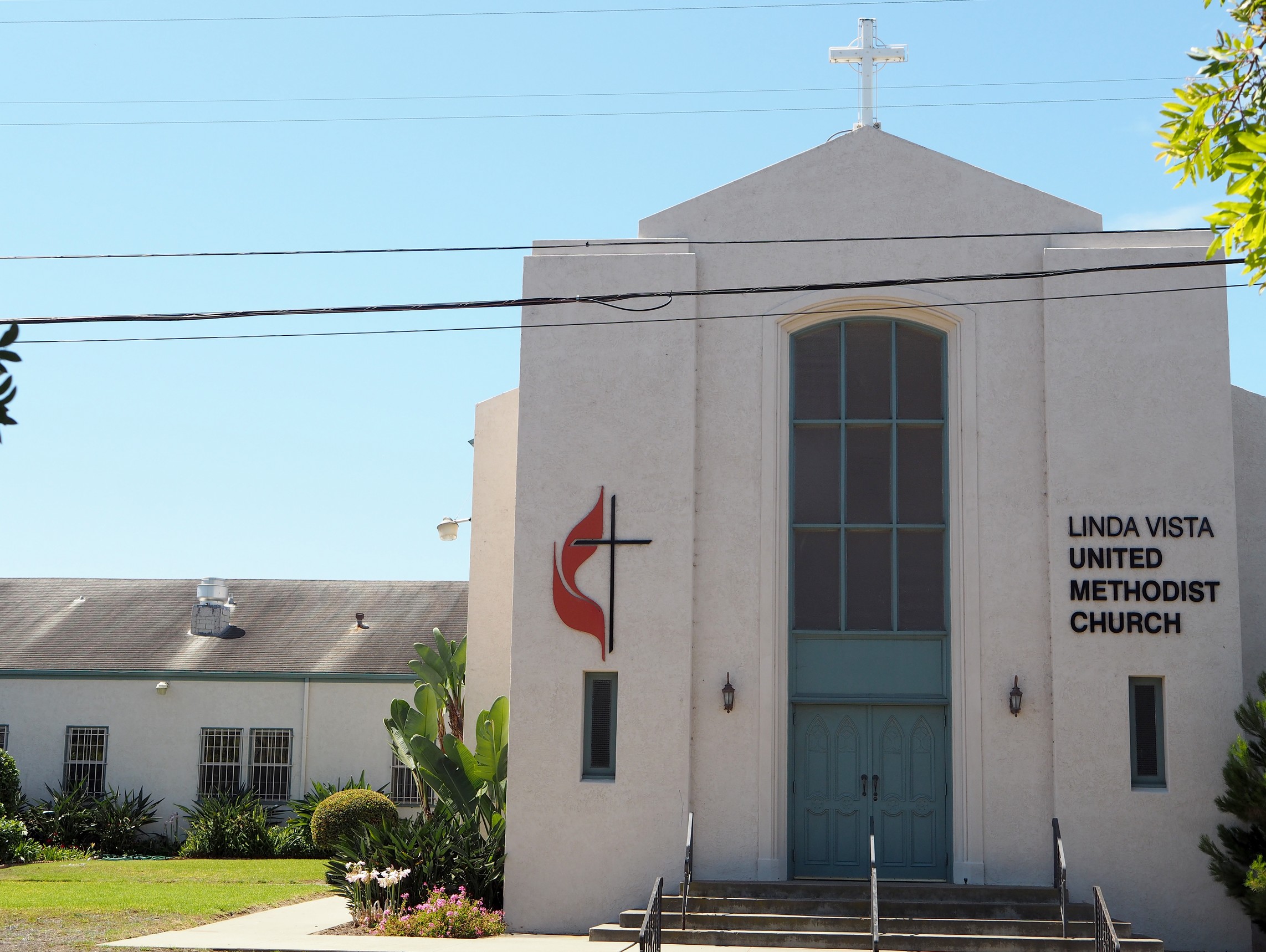