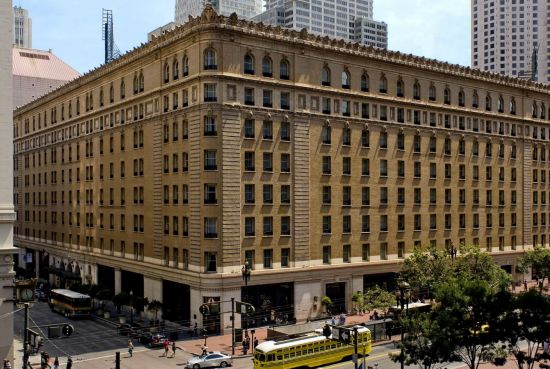 The interior of the Palace Hotel 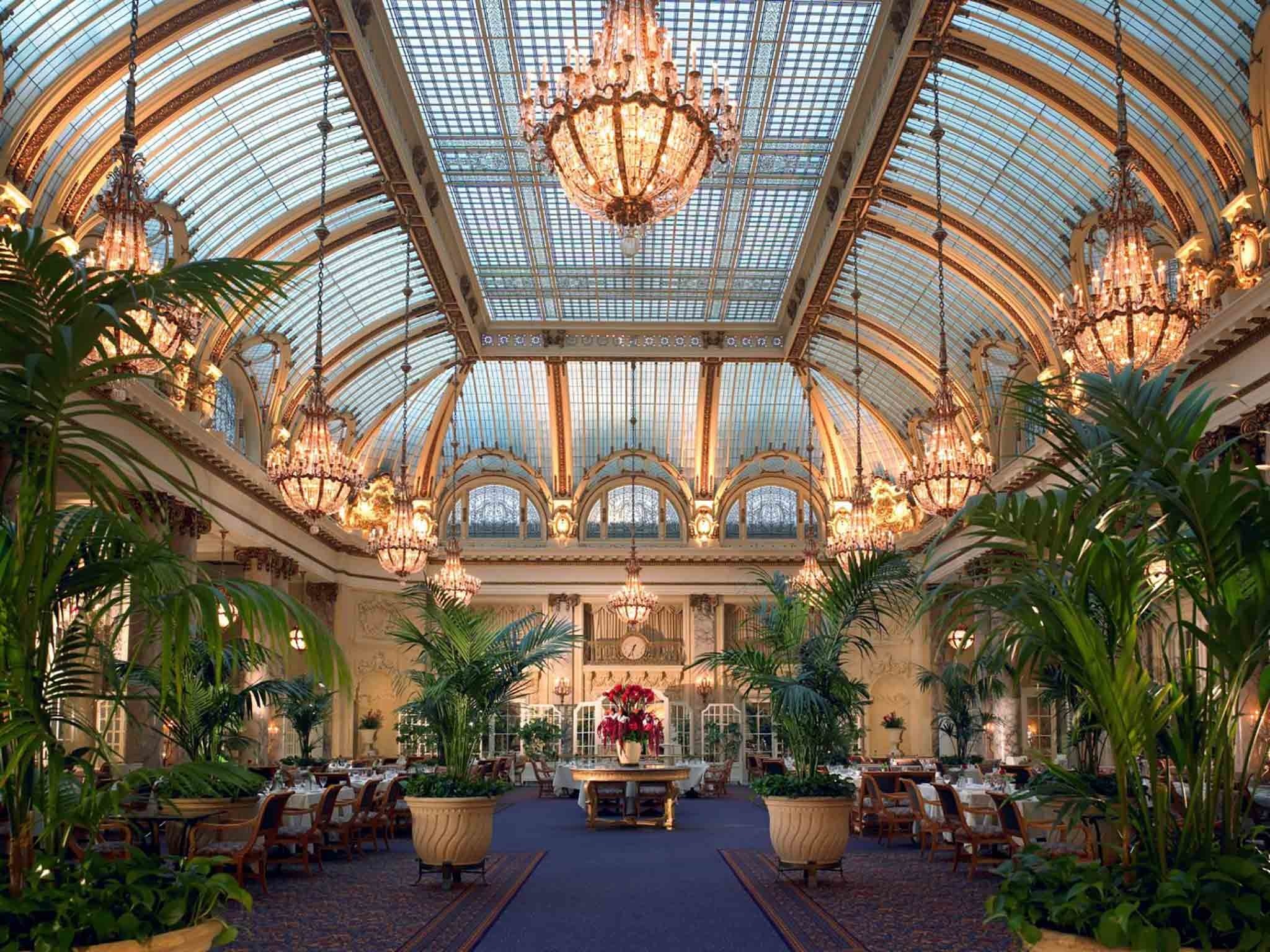 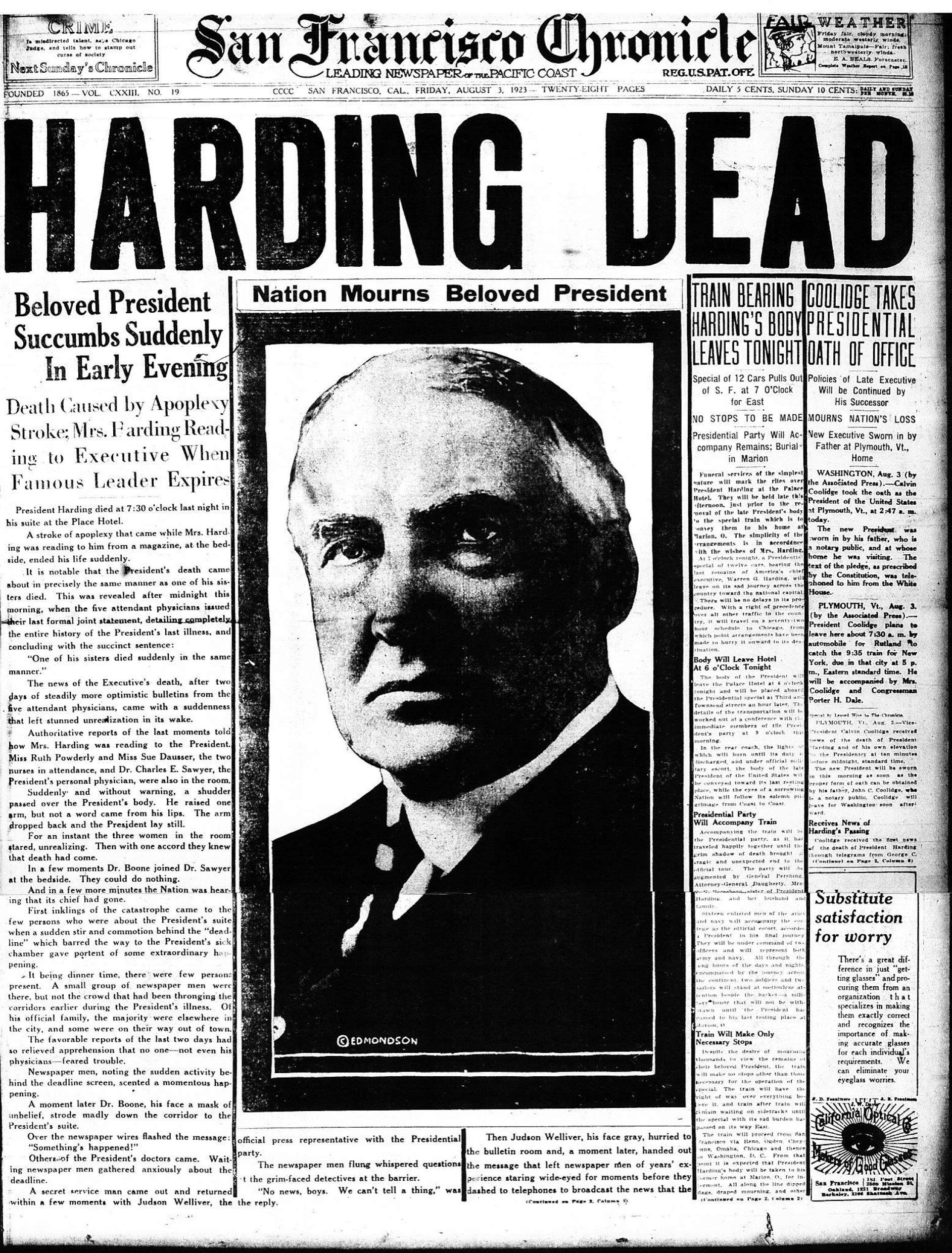 Banker and entrepreneur William Chapman Ralston, in his desire to turn the young boom-town of San Francisco into a world-class city, built the Palace Hotel in 1875. The hotel took its inspiration from some of the most beautiful hotels in Europe. With 755 guest rooms, the hotel was the largest in the western United States at that time. Perhaps the hotel's most striking feature was its massive, skylighted lobby, which looked up to seven stories of columnned balconies.

The Palace Hotel was one of the city's most popular destinations for the next thirty years and frequently hosted celebrities and business and political leaders. The 1906 earthquake marked the end of the hotel, however. Although the Palace survived the quake itself, the ensuing fires left the building--which was believed to be virtually fireproof--a burned-out ruin. While the hotel was being razed and plans developed to rebuild, a two-story structure referred to as the "Baby Palace Hotel" was built nearby.

Almost four years after the destruction of the original hotel, the new Palace Hotel opened on December 19, 1909, at the site of the original Palace. The new Palace's exterior is far less grand than the original, but its interior is as opulent as its predecessor's. The rebuilt Palace was as popular as the original and hosted a who's who of San Francisco society as well as a number of presidents and other dignitaries.

On August 2, 1923, one of the hotel's famous guests died suddenly, under what some believed to be mysterious circumstances. President Warren G. Harding checked into the eighth floor Presidential Suite with his wife days earlier during a speaking tour of the western states. Harding, who was never especially healthy, contracted pneumonia during the trip but was expected to make a recovery. He died suddenly on August as his wife read a news article to him. Given Harding's many scandals and extramarital affairs, a number of people suspected that the President was murdered by poison. Though he most likely died from a heart attack, Florence Harding's refusal to allow an autopsy fueled rumors that persisted for years.

In 1989, the Palace underwent a thorough renovation and was closed for a year-and-a-half until the work was completed. Another extensive renovation took place in 2015.

The Palace Hotel is a San Francisco Designated Landmark.