The winding staircase inside the building. 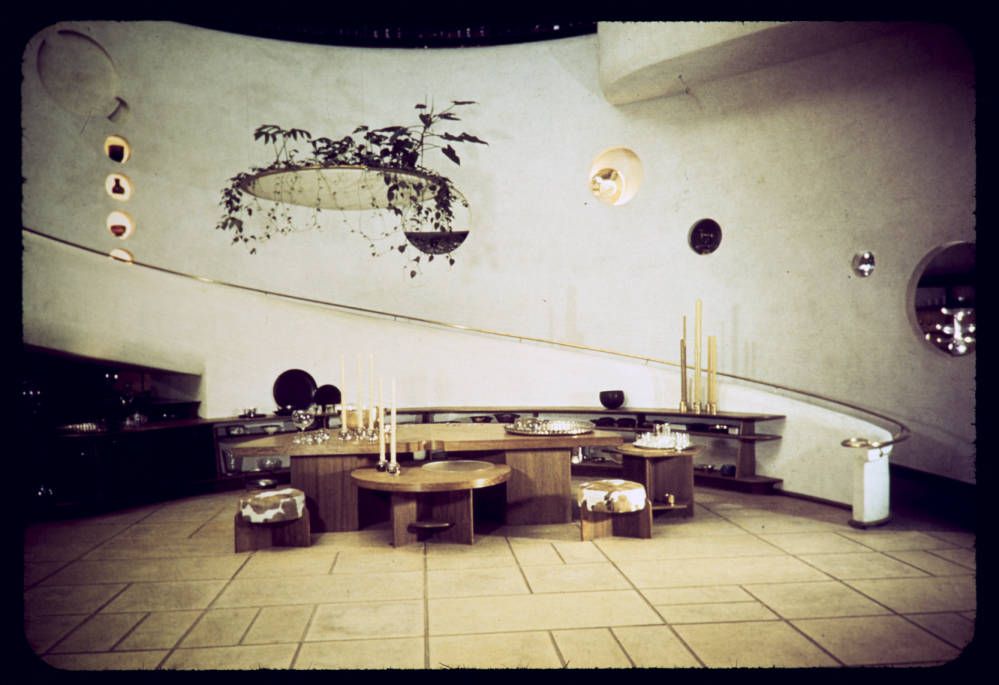 The building and its beautiful brickwork from the front. 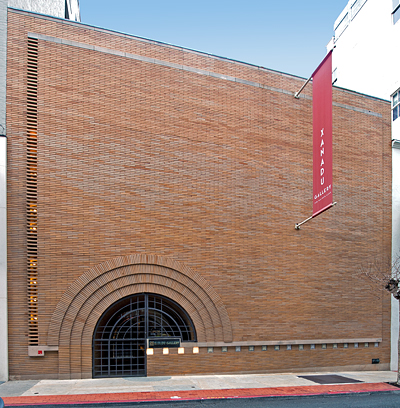 The building was operated by Mr. and Mrs. V .C. Morris until their deaths in the early 1960s. The building was restored in 1998 by Aaron Green, a former associate of Wright. Xanadu Gallery, which closed in August 2015, later spent a significant sum to restore the building to Wright's vision.

The arch entrance way was built in the Romanesque style, which according to Wright enticed those that passed by into his shop. Beyond the arch is a glass tunnel atrium, and then on to the spiraling interior.

In the February 1950 edition of Architectural Forum, Elizabeth B. Mock wrote of the building:

"Inside [one] finds release in the world of undreamed fantasy, all gold and gray and white, dominated by a ramp that spirals up like a Jacobos ladder - or a wave checked in its break - toward light that filters through a translucent screen of plastic disks and half-bubbles, clustered in brass tubing and suspended beneath skylights.

The circular spiral of the ramp is the pervading theme, developed in endless variation: reduced to disk or hole, elongated as cylinder or tube, blown into domes and spheres. Shapes of mass and void become complex, involute, as these basic forms cut through each other ln space and light, yet it is all so vigorously organized that the total effect is one of singleness, breadth and peace. The visitor tends to extend his pleasure from the building to the wares displayed in the satiny Black walnut cases and the circular wall niches. His transformation into a customer is accomplished with dignity and dispatch."