The Bohemian Hall & Beer Garden is a social club with food, drinks, and entertainment. It was built in Astoria, New York in 1910. The building is owned by the Bohemian Citizens' Benevolent Society, whose mission is to support Czech and Slovak immigrants. The building was listed in the National Register of Historic Places in 2001 for its significance in architecture, social history, and entertainment. 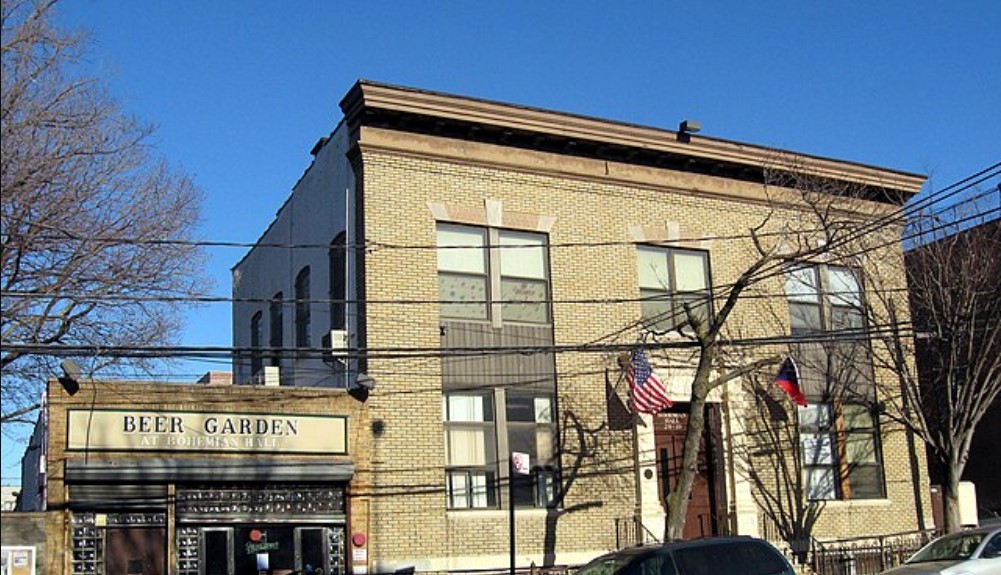 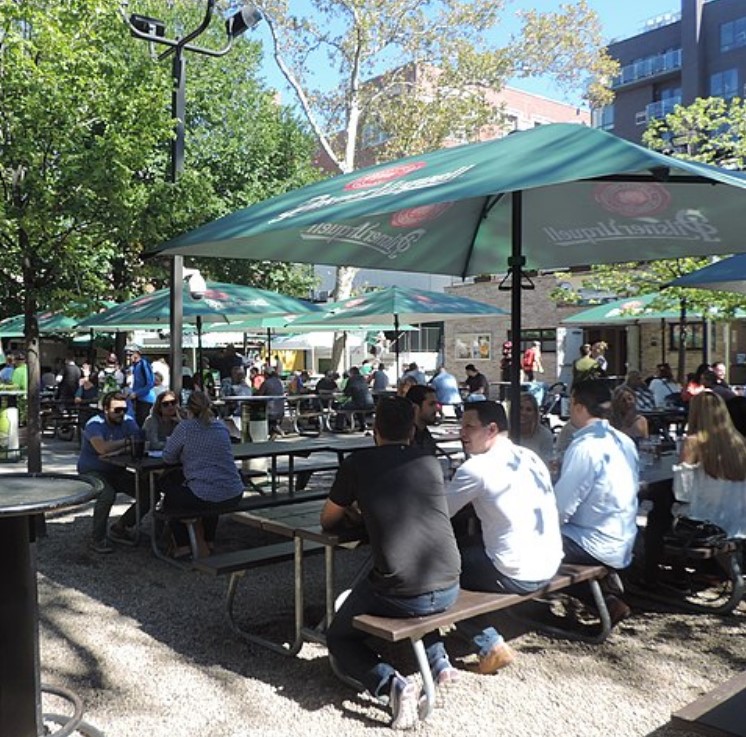 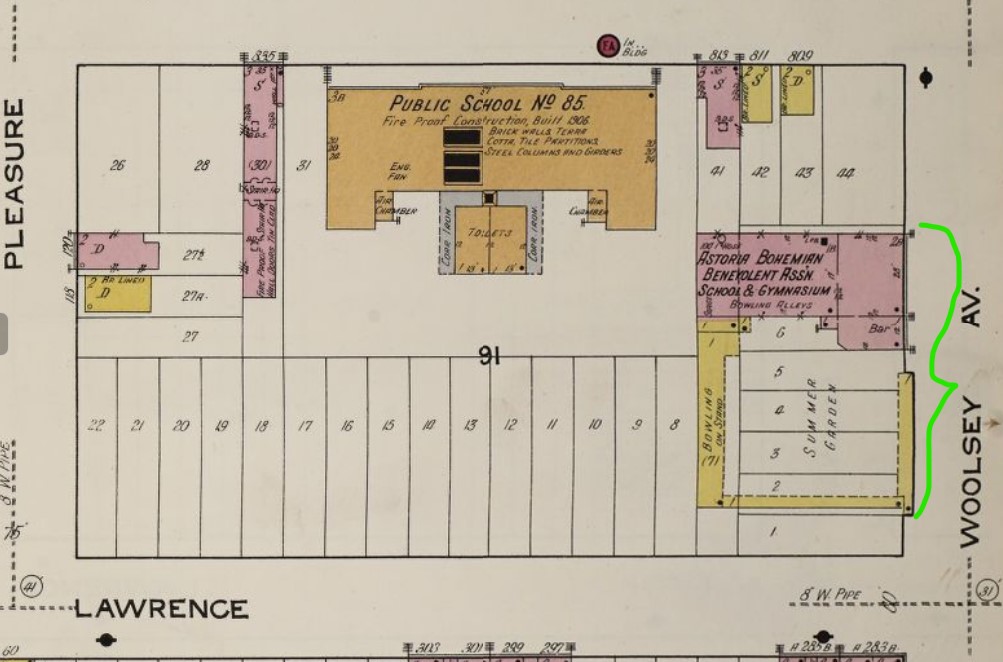 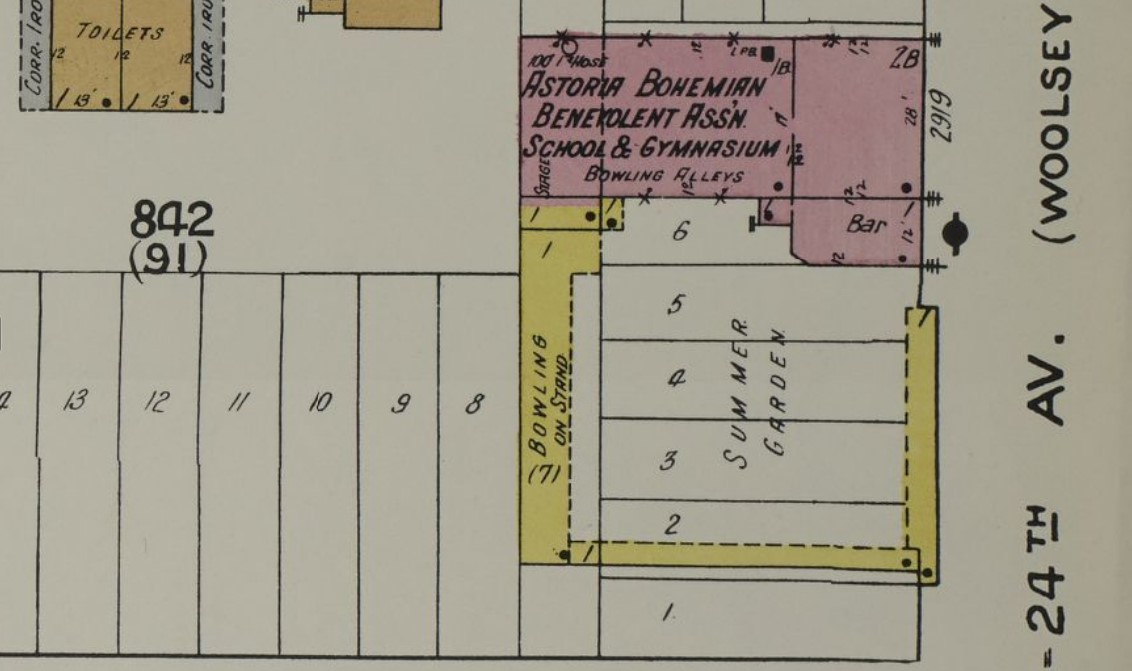 Bohemia was part of what later was called Czechoslovakia and now the Czech Republic. Many Czech and Slovak immigrants came to Manhattan and Queens in the nineteenth century. From 1900 to 1903, eighty children attended classes in the Bohemian language on Saturdays in New York City Public School No. 8. Their parents paid for teachers, fuel for the day, and a janitor. The Superintendent of Schools abruptly ordered in early 1903 that the classes be ended. Members of the Astoria Bohemian Association then held a meeting where "harsh things" were said about Superintendent Maxwell. That seems to have spurred the group to build themselves a building where their children could continue to be taught in the Old World tongue.

Architect Frank Chmelik designed Bohemian Hall in 1910.The building was labeled "Astoria Bohemian Benevolent Association School & Gymnasium" on the 1915 Sanborn map (image below). The brick rectangular main block of the building (on the north edge of the property) was two stories tall and contained bowling alleys and a stage. The smaller brick portion to the southeast (then along "Woolsey Ave.") was one-story and contained a bar, with a small rear wing of brick. An entrance to the open-air courtyard was south of the bar, and the rest of the complex was surrounded on three sides with 1-story wooden structures; the rear (west) wooden structure was labeled "bowling on stand." The open-air interior was the "Summer Garden." In 1910 and to this day, Bohemian Hall was just a stone's throw away from Public School 85, built in 1906. The Beer Garden managed to serve alcohol during Prohibition because it operated as a non-profit cultural center.

The structures at Bohemian Hall and Beer Garden looked unchanged on a 1936 Sanborn map. By 1950, the smaller brick portion of the building was a "store" on the Sanborn fire insurance map, but the rest looked similar to 1915. The school playground expanded by 1950 to the vacant lots west of the Beer Garden. The wooden structures around the exterior and entrance to the garden have now been replaced by a cinderblock and brick wall, with metal double doors. The enclosed outdoor space contains picnic table seating and can hold about 1,000 people. The double-door entrance to the main block of the building is at the top of a set up steps with cast iron railings, facing 24th St. The transom above the double door is lettered "BOHEMIAN HALL" and above the recessed entryway are the words "CESKY DOMOV." Cast iron fencing separates the sidewalk from the spaces outside the basement windows.

Language classes in Czech and Slovak are still offered at Bohemian Hall, over 100 years after they started. The Beer Garden has become an incorporated for-profit and is the last of the historic beer gardens in New York City. It still offers food and drink.