The West Virginia Mountaineer in the official mascot of West Virginia University (WVU). Selected annually since the 1930s from the university’s student body, the mascot is a popular tradition of the school. There is a bronze Mountaineer statue in front of the Mountainlair, WVU’s student center, which was dedicated in 1971.

The Mountaineer Statue being dedicated in 1971. 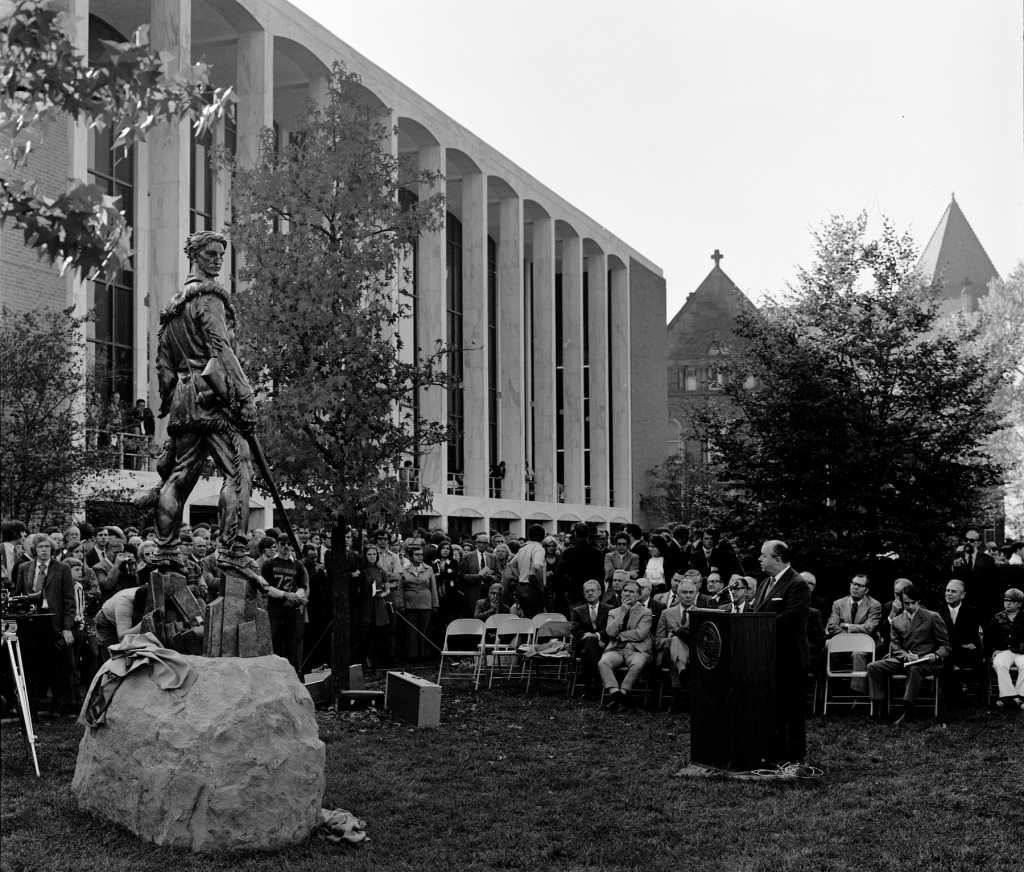 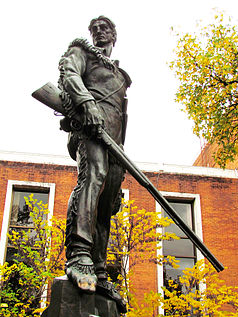 Natalie Tennant, who became the first female selected as Mountaineer in 1991. 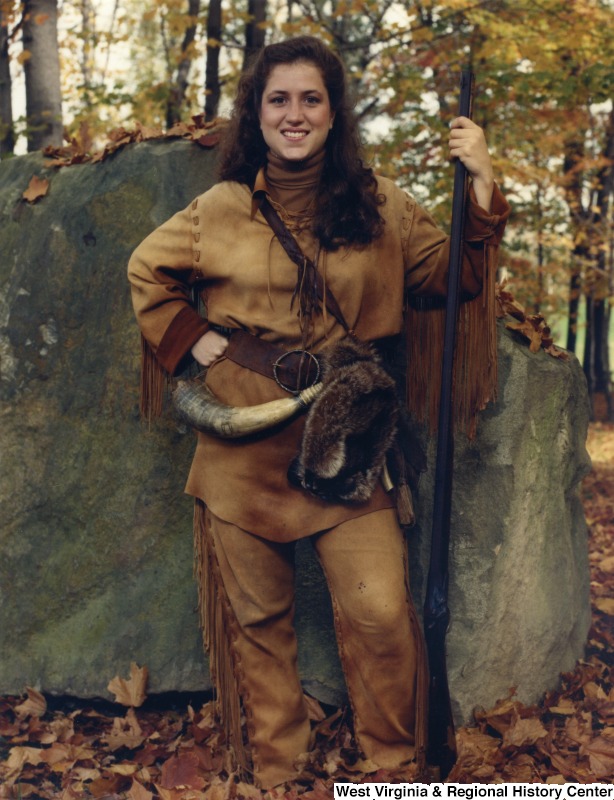 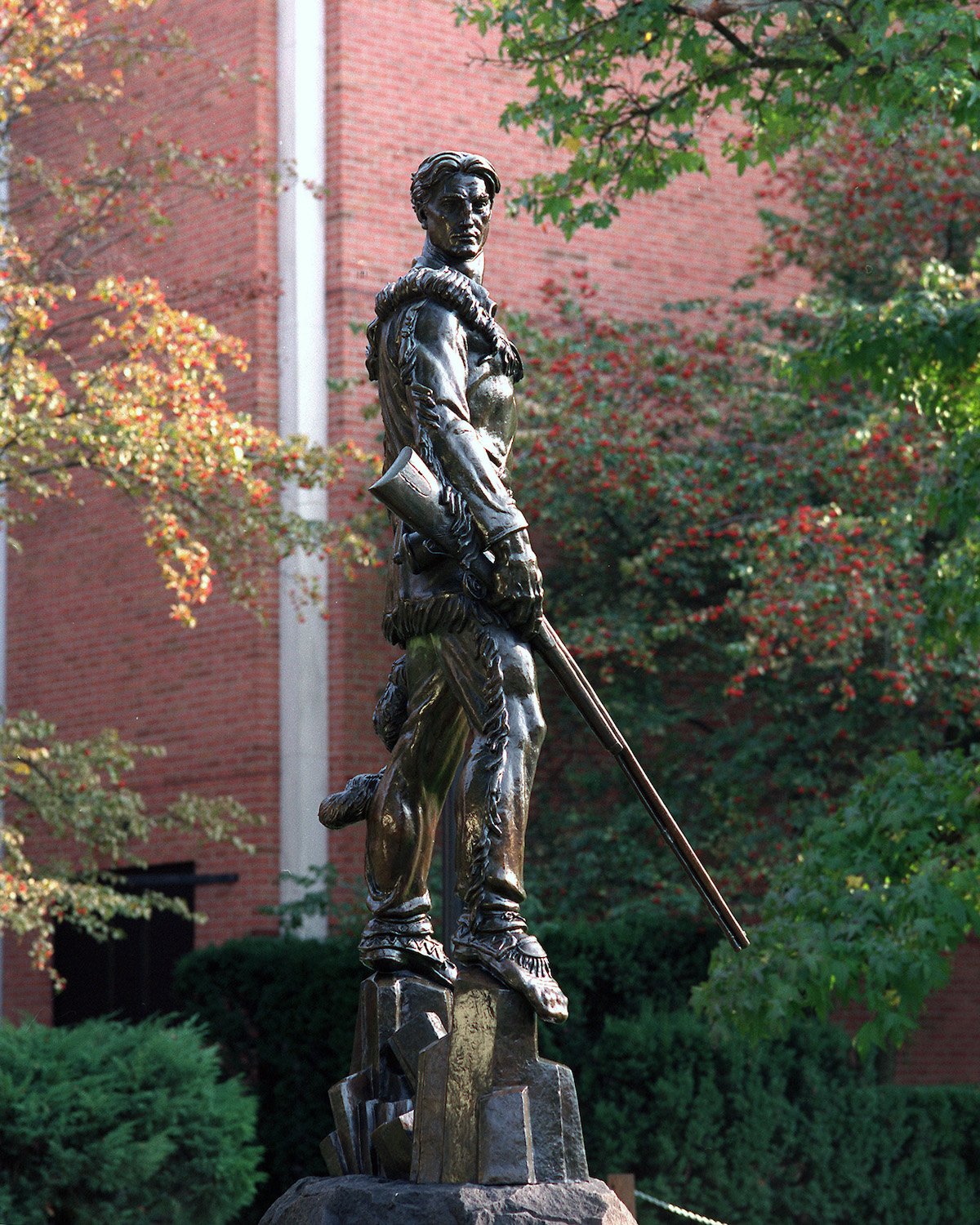 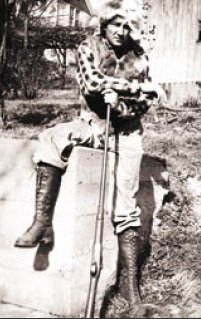 The West Virginia Mountaineer in the official mascot of West Virginia University (WVU). Selected annually since the 1930s from the university’s student body, the mascot is a popular tradition of the school. There is a bronze Mountaineer statue in front of the Mountainlair, WVU’s student center, which was dedicated in 1971. The bronze statue was commissioned by Donald DeLue, the renowned sculptor whose works also grace the Gettysburg battlefield and Omaha Beach in Normandy.

The Mountaineer is a member of the student body chosen for outstanding enthusiasm, character, service to the community, and academics. The mascot symbolizes the proud and rich heritage of the Mountain State and its people.

The mascot appears at athletic, community, and alumni events to promote Mountaineer spirit.

Candidates apply to become the Mountaineer by writing essays about why they want the position. From there, they are interviewed by Mountain (WVU’s secret honorary) members and representatives of the athletic department and student affairs. The top candidates are then invited to "cheer-off" at the next-to-last home basketball event each season. There, the candidates are judged and the Mountaineer is announced at the season's last basketball game that is played at home.

In 1934, Lawson Hill became the first official Mountaineer mascot. Boyd H. "Slim" Arnold, a physical education major from Bayard in Grant County, was the first Mountaineer selected to serve three years in succession (1937-38-39) and was the longest tenured until Rock Wilson equaled it in 1993. (1991-92-93).

During Arnold's tenure, he became the first Mountaineer to wear the now traditional buckskin uniform. Minutes of Mountain meetings from the late 1930s indicate that a donor gave the honorary several deerskins asking that a buckskin costume be made for the Mountaineer. Prior to that, the Mountaineer wore overalls, a flannel shirt, coonskin cap, a vest, and carried a rifle.

The post and tradition has remained relatively unchanged since that time. The costume is tailored to fit each year's winner, and male Mountaineers customarily grow beards during their tenure. The rifle is a true flintlock that requires the user to become knowledgeable in the amount of powder required to fire the charge.

In 1991, Natalie Tennant of Fairview became the first female selected as Mountaineer. Tennant went on to serve as the Secretary of State of West Virginia from 2009 until 2017.

The statue is in an outdoor, public space that is accessible to the public at all hours.