Cypress Hills National Cemetery was established during the Civil War. Today, it is operated by the Long Island National Cemetery. The 18-acre cemetery opened in 1862, accepting veterans and their spouses until the cemetery ran out of space in the 1950s. More than 21,000 people, both veterans and civilians, are buried in the cemetery, including twenty-four Medal of Honor recipients. The cemetery serves as the final resting place for veterans of the American Revolution, War of 1812, Civil War, Spanish-American War, as well as the conflicts in Korea and Vietnam. A number of monuments were created as Federal Works Progress Administration projects during the Great Depression.

Cypress Hills was one of the first 14 National Cemeteries and began as a place to bury Civil War soldiers. 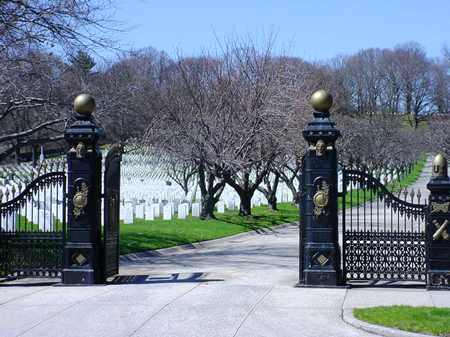 It was the Civil War’s costly toll on life that led to the creation of Cypress Hill National Cemetery. Due to high death tolls in the Union Army from injuries and disease, additional burial space was needed. Since there were several hospitals in New York City, it was the ideal location for a cemetery. When it was established, it was one of the first of fourteen National Cemeteries. In 1870, an inspection report showed 3,170 Union soldiers and 461 Confederate soldiers were already buried there.

In 1873, Congress approved legislation that extended burial rights to honorably discharged soldiers, sailors, and Marines who served during the Civil War. More land was purchased for Cypress to accommodate the additional numbers. Today, Cypress Hills includes the graves of soldiers who fought in the American Revolution, Spanish-American War, Korean and Vietnam wars. In 1997, Cypress Hills National Cemetery was listed on the National Register of Historic Places.

The Cemetery houses the graves of two veterans who were two-time Medal of Honor recipients. They are Coxswain John Cooper, U.S. Navy, Captain of the Hold Louis Williams, and Sergeant Daniel Joseph Daly, U.S. Marine Corps. Noted monuments include a 12-foot granite French Cross in memory of twenty-five French sailors who died in American Waters, a granite and bronze Second Division American Expeditionary Forces monument, the Eagle Monument - a stone eagle with wings spread on top of a stone pyramid to honor those who fought in the War of 1812, the Ringgold Monument - an obelisk erected by soldiers under the command of Colonel Benjamin Ringgold, a British Navy monument in memory of British Revolutionary War soldiers, and the 1881 Garfield memorial which marks the former location of an oak tree planted in honor of President James A. Garfield after he was assassinated.