This two-story, flat-roofed brick building was constructed in 1954 by the Montgomery African American bricklayers’ union. The structure served as an office building and union hall, which the Black brick masons’ union used for meetings. From February 1956 until 1960, the building served as the headquarters of the Montgomery Improvement Association. The building was listed on the National Register of Historic Places in 2020.

The front of the Bricklayers Hall, 2021 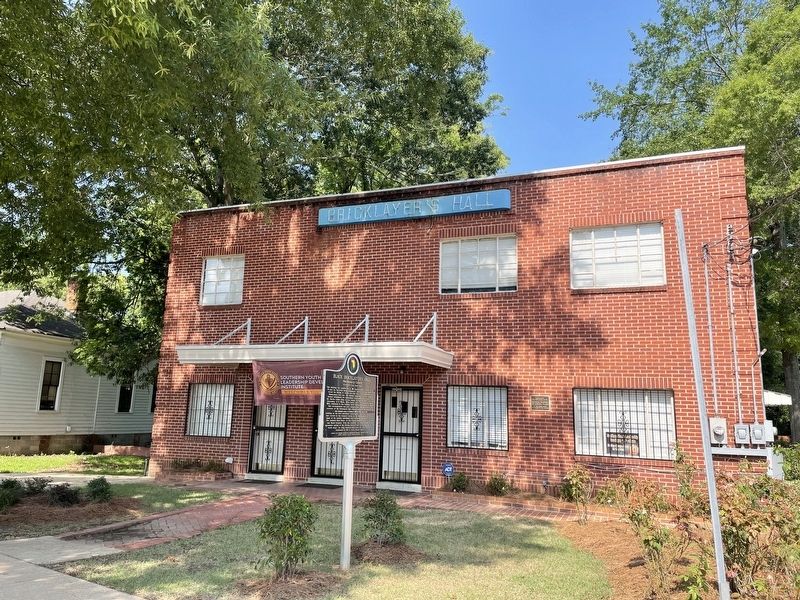 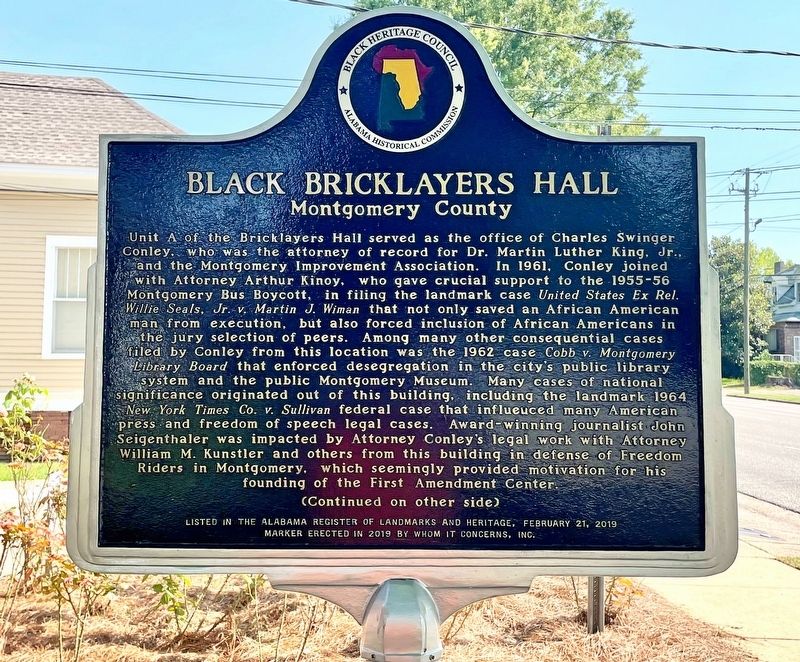 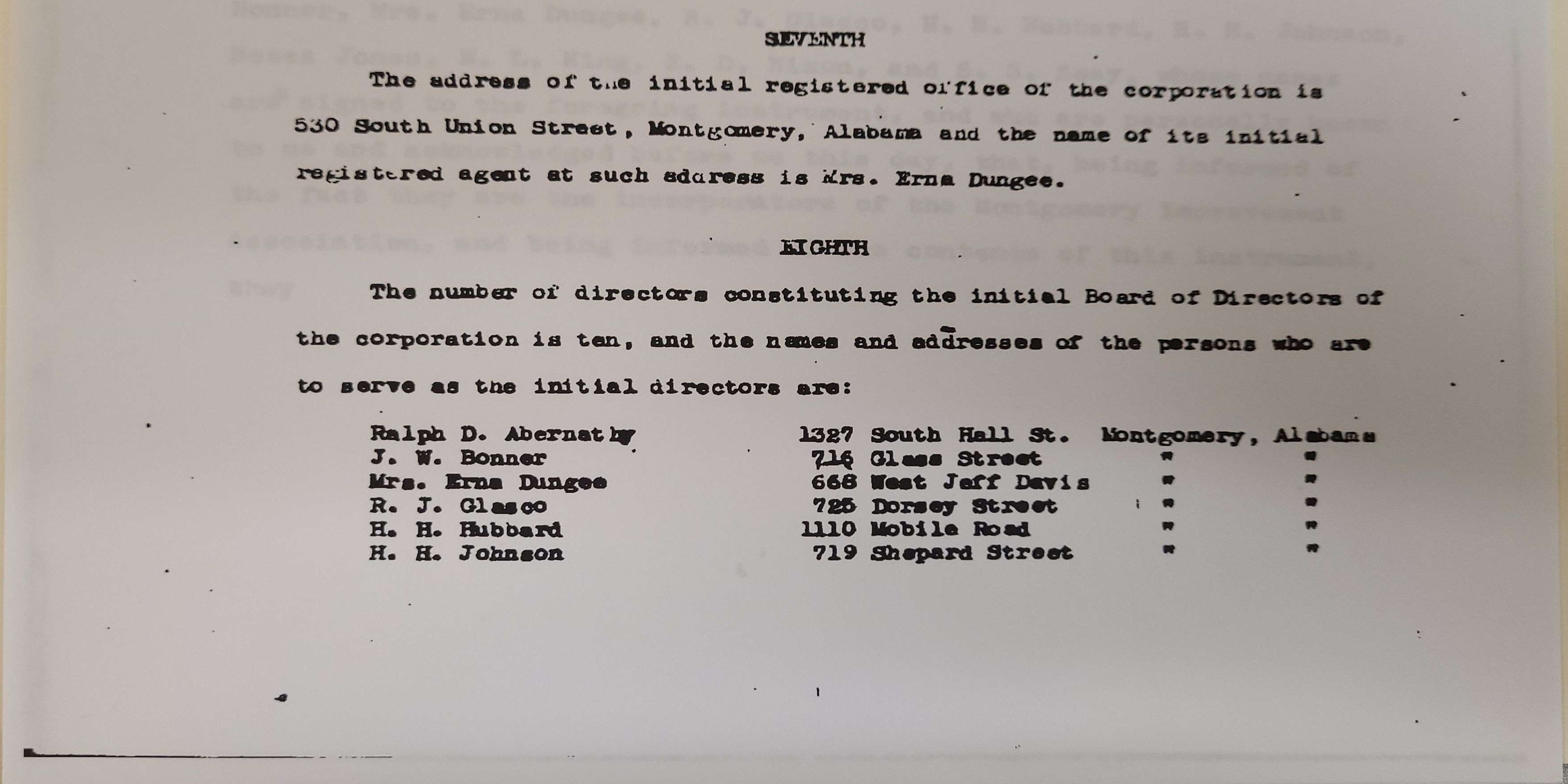 The Bricklayer’s Hall was one of several important sites related to the 1955 Montgomery bus boycott. The arrest of Rosa Parks’ on December 5, 1955, for refusing to vacate her seat for a white passenger accelerated a push among Black residents for better treatment on city buses. For years, African American civic organizations in Montgomery received complaints about the harassment and abuse faced by Black bus riders. Leaders like E.D. Nixon, the president of the local chapter of the National Association for the Advancement of Colored People (NAACP) and union leader, saw an opportunity in Parks’ arrest. The one-day protest against the city buses announced by the Women’s Political Council (WPC) extended into a thirteen-month protest, where Black residents refused to ride the bus. The Montgomery Improvement Association (MIA) was created to guide the movement and establish its goals. The organization included Dr. Martin Luther King Jr, who served as the president, Ralph Abernathy, E. D. Nixon, Rufus Lewis, Hazel Gregory, and other prominent activists in Montgomery.

The MIA began looking for buildings owned by African Americans that were not dependent on a white support. The group wanted to avoid the possibility of the white community forcing them out of a building to interfere with the protest. Percy Doak, the overseer of the Bricklayers Hall, offered them space in the building. This building became the first permanent headquarters of the MIA and functioned as a command center for the 1955 Montgomery bus boycott. At the hall, the MIA managed finances, received and responded to correspondence, coordinated meetings, and prepared reports. The second-floor meeting hall hosted meetings and was a space where the MIA distributed shoes and other supplies to participants in the boycott. In 1960, the MIA moved out of the hall and attorney Charles S. Conley Jr. rented an office in the space from 1961 to 1965. Conley worked on several influential civil rights court cases at this site including United States Ex Rel. Willie Seals, Jr. v. Martin J. Wiman (1961), Cobb v. Montgomery Board (1962), and New York Times Co. v. Sullivan (1964).[1]

After 1965, the Bricklayers Union No. 3 continued to own the building and use the second floor as a meeting space. In the decades that followed, the union leased the first-floor offices to a variety of businesses from a school trophy agency to a hair salon. Currently, an attorney and a youth leadership development organization use the first-floor offices.[2]