United States District Court for the Middle District of Alabama; Browder vs. Gayle (1956)

This federal courthouse was the site of several landmark cases, including Gomillion v. Lightfoot in 1958. The case found that electoral districts were designed to reduce the potential influence of Black voters, thus violating the Fifteenth Amendment to the Constitution. Two years prior, the courthouse was home to Aurelia S. Browder v. William A. Gayle, a pivotal case that led to the end of the Montgomery Bus Boycott. The U.S. District Court ruled that bus segregation violated the Fourteenth Amendment. The ruling was upheld by the Supreme Court, a decision that provided African American plaintiffs with the legal power to challenge segregation in public transportation.

This is the building of the US District Court for the Middle District of Alabama.

Historical marker in front of the home Browder lived in during the boycott. Located on 1021 Highland Ave. 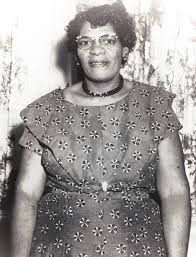 This is Claudette Colvin 1953. She was 15 years old when she was arrested for violating Segregation Laws. 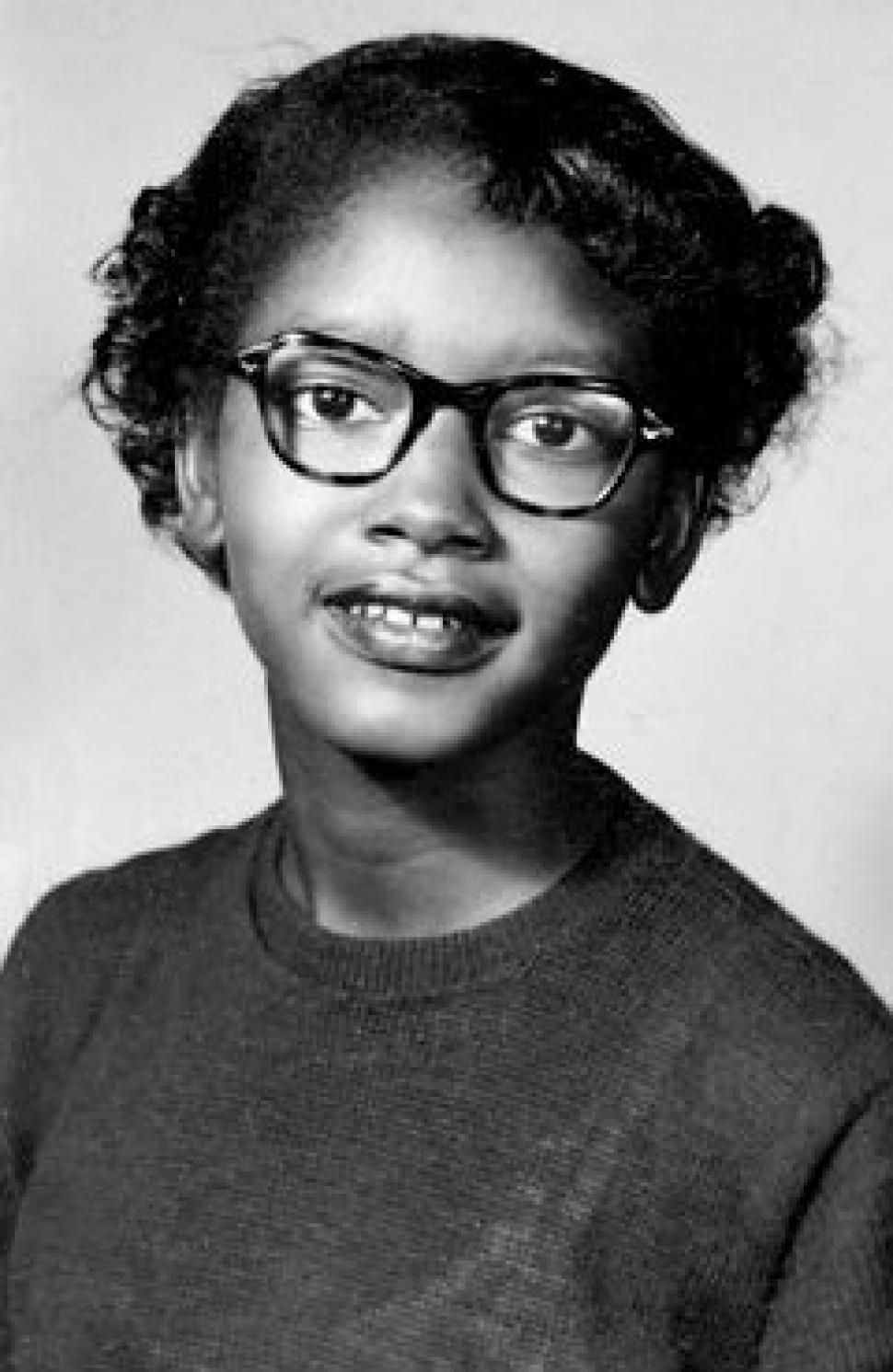 Susie McDonald, one of the plaintiffs in Browder v. Gayle. 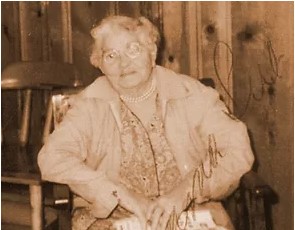 Mary Louise Smith, one of the plaintiffs in Browder v. Gayle, who was 18 years old when she was arrested. 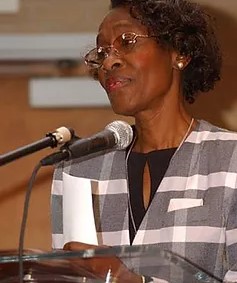 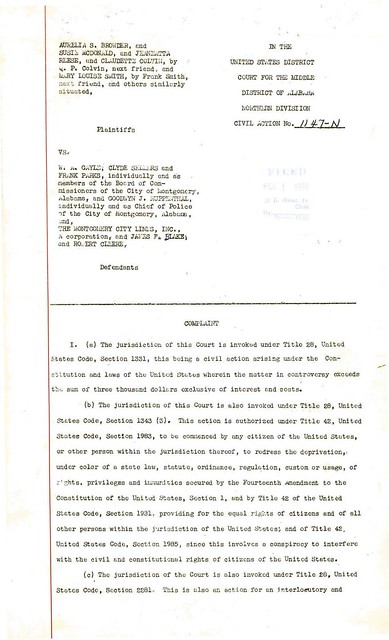 Rosa Parks had served as a field representative of the NAACP and risked her life organizing a variety of civil rights initiatives before moving to Montgomery. It is also significant to point out that she was not the first person to risk her safety and be arrested for challenging Montgomery's segregation laws.

Claudette Colvin, a fifteen-year-old girl who attended Booker T. Washington High, was coming home from school when her arrest occurred on March 2, 1955. At that time, Montgomery's buses were divided into two sections; the front end of the bus was reserved for white citizens while the back end was for people of color. When the seats in the front of the bus filled, African American passengers were expected to give up their seats for any white passengers left without a seat. This is what caused the events which unfolded on that fateful day for Colvin.

The front section of the bus had become full, and a white woman boarded the bus to find no available seats. The bus driver told Colvin, along with three other girls in the “colored” section, to move to allow the woman a place to sit. Colvin, however, did not move. The bus driver gave her an ultimatum, stating that if she did not move, he would call the police. She remained seated, and the police came and arrested her for violating segregation laws. As she was handcuffed and forced from the bus, she screamed that the incident was a violation of her constitutional rights.The Women's Political Council and other civil rights leaders decided not to use Colvin's case as a rallying point for a variety of reasons including her youth, background, and her eventual pregnancy a few months after her arrest. Despite the less publicized case, Colvin was one of at least two other Black women who were arrested for refusing to give up her seat on a Montgomery bus in the months leading up to Rosa Parks' arrest.

Aurelia Eliscera Shines Browder, a widow who raised six children while completing her education at Alabama State University challenged the segregation law in April 1955. Browder refused to give up her seat for a white passenger, which led to her arrest. She offered rides to protestors not riding the bus during the boycott and would later serve as the lead plaintiff in Aurelia S. Browder v. William A. Gayle in 1956.On October 21, 1955, police arrested eighteen-year-old Mary Louise Smith for violating Alabama's bus segregation law when she refused to give up her seat to a white passenger. Her family kept the arrest secret until attorney Fred Gray approached Smith about becoming a plaintiff in Browder v. Gayle lawsuit.

Parks' activism is remembered owing to the way that the Black community responded in the wake of her arrest, organizing a court challenge in addition to a city-wide boycott. Eleven months following that incident, and after other women were arrested including Parks, African American plaintiffs filed a federal case with this US District Court. On 1 February 1956, Fred Gray and Charles D. Langford filed a federal district court petition on behalf of four African American women who had been mistreated on city buses. Aurelia S. Browder, Susie McDonald, Claudette Colvin, Mary Louise Smith, and Jeanetta Reese were the plaintiffs in the case all of whom were either arrested or harmed for defying the segregated seating codes on Montgomery buses. Aurelia Shines Browder was the lead plaintiff in the case due to her status as a mature woman with experience participating in the civil rights struggle. After about four months of deliberation, a decision was reached. In June 1956, a three-judge U.S. District Court panel ruled that the segregation codes on intrastate buses were unconstitutional. the U.S. Supreme Court affirmed the District Court's judgment and rejected city and state appeals to reconsider the verdict in December 1956.

Image Courtesy of the National Archives of Atlanta, Georgia.