The four-story red brick building on the southeast corner of Amsterdam Avenue and W. 152nd Street, across from the Carmansville Playground, is the 32nd Police Precinct House. The structure was built in the early 1870s for the 32nd Precinct and later was used by the 40th Precinct and the 30th Precinct. The building is covered by a French Second Empire mansard style roof with decorative iron fencing on top. The brick building next door at 1850 Amsterdam Avenue was built as the 32nd Police Precinct Garage around 1920. The building complex (station house and garage) was listed in the New York and National Registers of Historic Places in 2019 and is part of the West Harlem National Register-eligible Historic District. The station house is owned by a local church who rents out part of the building for medical offices. 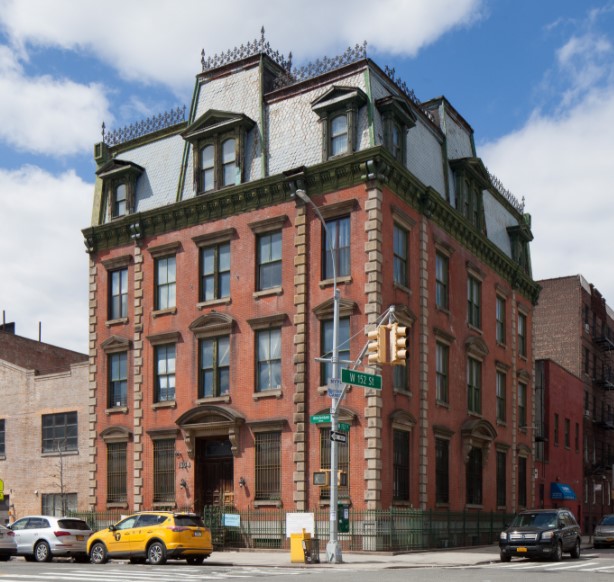 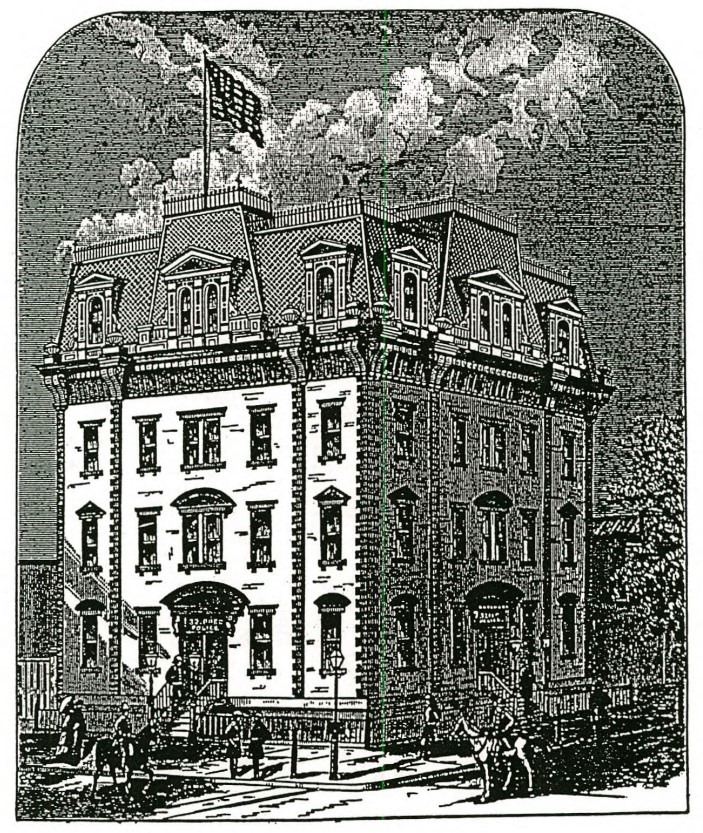 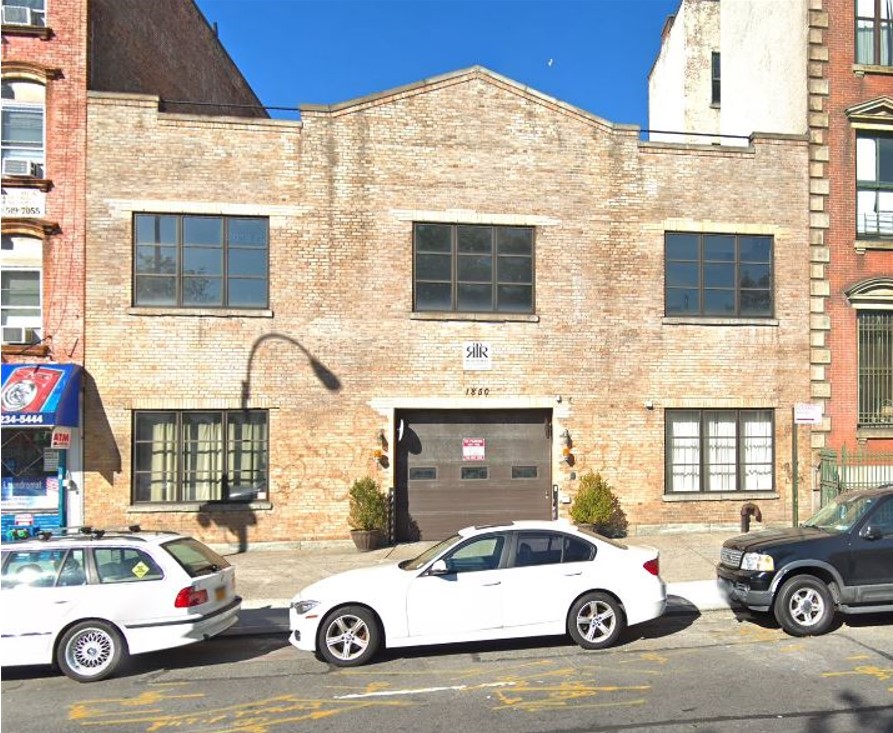 Nathaniel Bush, the official architect for New York's Police Department, designed the new building for the 32nd Police Precinct in 1870; their earlier station house was a small, three-story brick building with no jail space. In the 1870s, the new building was built in the same spot, on land bought in 1864 in the New York suburb of Carmansville. Both the shorter (main) side, facing Amsterdam Avenue, and the longer side along W. 152nd Street, had central entrances with brownstone round-arched pediments; the W. 152nd Street doorway has been changed into a window. At times in the past, the red brick has been painted white to simulate stone. The building's corners are edged in brownstone quoins, as are slightly projecting, three-bay wide central sections. A full basement is surrounded now by a wrought iron fence. The original doors have been replaced; the lanterns that once flanked the doorways and decorative urns atop the cast iron cornice have been removed. There are central pavilions in the upper story of the mansard roof, flanked by metal pedimented windows.

Up to the time of a new law in 1844, New York City's policemen had a different day job and only patrolled the streets on alternate nights. The city's police force received its first set of written rules in 1845: the "Regulations for the Day and Night Police of the City of New York with Instructions as to the Legal Powers and Duties of Policemen." Police officers received a copper badge shaped like an eight-pointed star and were sometimes nicknamed the "star police" or "coppers." Full uniforms weren't adopted until 1853: a blue coat with "M P" (for Municipal Police) on the collar, gray trousers with a narrow Black stripe on the outer edge of each leg, and a 22-inch long baton. A telegraph line connection was built in the early 1850s between the police chief and the precincts. A new police force under the control of New York State was established in 1857 to deal with increasing crime in the city and was called the Metropolitan Police. New York's Municipal Police force was still in existence but was intended to be phased out; the two forces often clashed over turf but eventually the Metropolitan force won out. Some precincts had more than one station house; the station house was staffed with an inspector, a captain, four sergeants, patrolmen, and officers. Architect Nathaniel Bush was hired to modernize station houses; he had an office at Police Headquarters on Mulberry Street. Bush designed over twenty new or renovated station houses for the city's police in the 1860s and 1870s. The force was restructured after the 1870 "Tweed Charter" returned police powers to the restored Municipal Police, governed by four commissioners appointed by the Mayor; the number of commissioners rose to five in 1873. Telephone lines replaced the telegraph lines by 1880. The first women joined the force in 1888; the four were assigned as "precinct matrons." When the five boroughs became one city in 1898, the "New York Police Department" combined 18 smaller police forces.

The new building for the 32nd Precinct was finished in 1872 and included a brick stable for their 14 horses and jail space. Mounted police were part of the 32nd's force of over 70 men by the 1880s. The former precinct house was designated a New York City Landmark in 1982. By that time, it was owned by the St. Luke African Methodist Episcopal Church; the church building is one block north of the station house. By 2006, the former police precinct building was being used by the church for their Self Help Program. The church also rents out space in the building for medical offices.

not applicable - church and medical offices