Now a private residence, this historic building is the former Beth Israel Synagogue, which was erected in 1929 by Congregation Beth Israel. It symbolizes the city's Jewish history and is a notable example of Classical Revival architecture. Designed by local architect Joseph G. Cunningham, the brick building features 17-inch thick walls, an impressive main entrance with two large Tuscan columns supporting a pediment, palladian windows, and decorative brick panels and two Star of Davids on the front facade. The old synagogue was listed to the National Register of Historic places in 2016.

The former Beth Israel Synagogue was built in 1929. Listed on the National Register of Historic Places, it is now a private home. 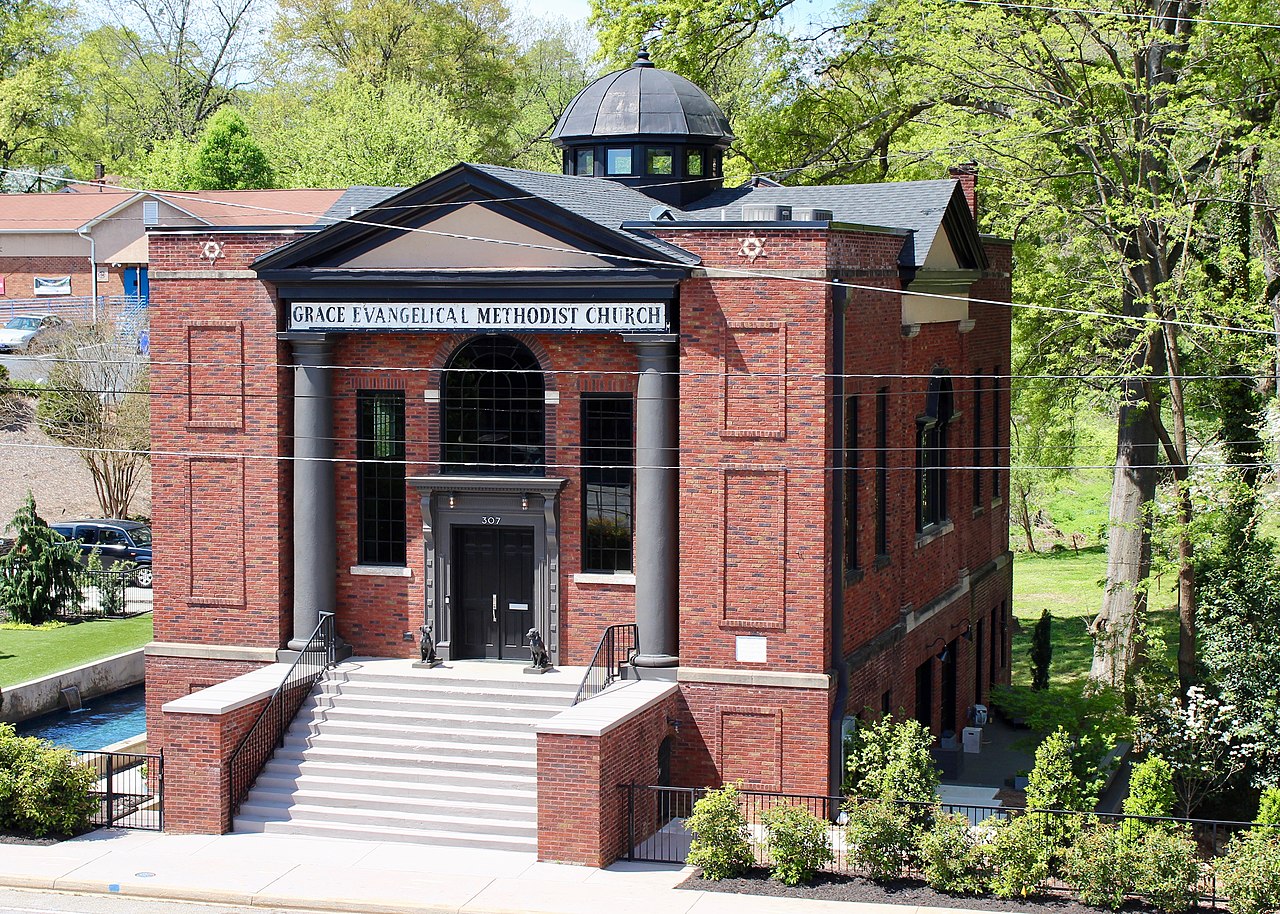 Jewish immigrants first arrived in South Carolina in the 17th century. They settled in Charleston and over time spread across the state. It appears that Jews first settled in Greenville by the 1850s. The town's first postmaster was in fact Jewish. The Jewish community grew after the Civil War largely as a result of the thriving textile industry. By 1878, there were 35 Jews living in Greenville and in the coming years more would settle here. In terms of ethnic backgrounds, the Jews in Greenville were mostly Polish, Russian, and German. Many were also Orthodox. In 1910, 25 families established Congregation Beth Israel and met in a number of locations around the city until the the synagogue was built in 1930.

By the 1950s, the congregation outgrew the synagogue (it had also become a conservative congregation) and it became clear that a new building was needed. It was finished in 1957. The congregation sold the former synagogue to Grace Evangelical Methodist Church in 1959. In 1964, the building became home to the Greenville Labor Temple Cooperative and then Faith Tabernacle Apostolic Church in 1977. In 1988, a local photographer renovated it. The current owners bought it in 2015 and began converting it into a private home at that time.