Designed and completed in 1927, this was the first commercial building constructed in the Village by private owners, W.E. Joers and H.E. Ketchum. The two-story design allowed for an apartment above and a store below. At one time, it served as a location for the post office. Today it is a retail space. 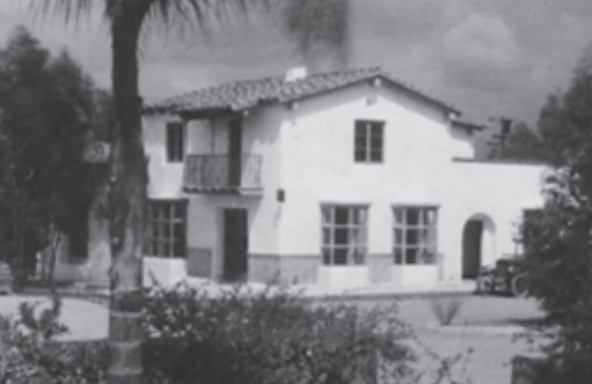 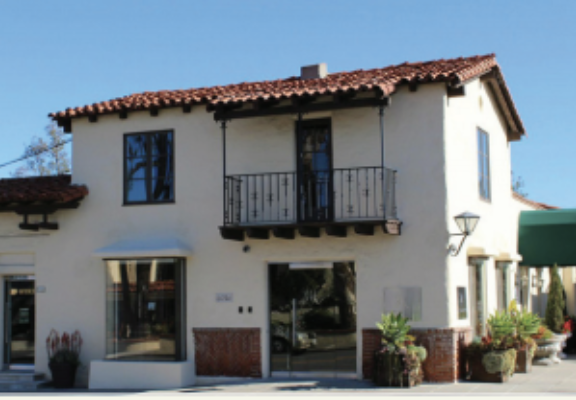 Soon after the row houses were completed, a second wave of construction in the area began in 1927. The first building in this development was the Joers/Ketchum Store, a construction consisting of an apartment building and a store built for private developers F.W. Joers and Harold D. Ketchum. Interestingly, it was the first commercial project built in this area not owned by the land company. Built on the corner of Paseo Delicias and La Granada and designed by Lilian Rice, the owners opened a store that sold groceries, produce, and also included a small pharmacy and a soda fountain.

Both of the two stories of the building were used, where the first floor housed commercial space for the store and the second floor housed apartment space above. During its use, part of the building was used as a location for the local post office and at another time, the lower storeroom served as a tea room. At this point in time, the area served as a mixture of commercial and residential space.

After the store was completed within the same year, Joers and Ketchum expanded their block by constructing two buildings on the neighboring lots, a rowhouse, another structure that housed a tea shop, an office for Ketchum, and a studio store.