Designed by Lilian Rice for the Santa Fe Land Improvement Company in 1923 and originally called “La Morada”, The Inn set the style and provided accommodations for prospective buyers during the early days of Rancho Santa Fe. It continues in the private hands to the present, with a renewed appreciation of its historic traditions. 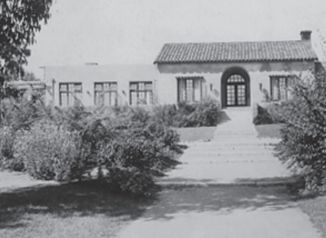 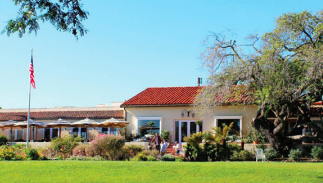 In 1923, Lilian Rice, in partnership with resident landscape architect Glenn Moore, was commissioned by the SFLIC to erect this site during the Ranch’s humble beginnings. Since the area was undeveloped and acres of land were for sale at the time, not many buildings were built for people or visitors to stay in. And so, with the need to house guests and prospective property buyers in Rancho Santa Fe, The Inn was created.

Originally known as “La Morada”, The Inn humbly began as a dormitory for male workers who helped develop the area. After word spread that there was land in the area that could be bought for development, Rancho Santa Fe experienced an increase in guests and potential buyers. Thus, constructing more housing space for guests at the Ranch was needed. In 1923, The Inn was changed into a guest house and opened as the sole building where potential buyers could stay and scope out the land.

In line with Rice’s style, The Inn was designed in the Spanish Colonial Revival Style. Overtime, The Inn’s grounds expanded with the building of multiple cottages and passed through different ownerships and titles (one being Colonel George Roslington in 1939 who added a fifty-foot swimming pool and a cocktail lounge, among other additions). However, despite the changes overtime, the additions keep in touch with Lilian’s original Spanish style.

Today, The Inn (now titled, “The Inn at Rancho Santa Fe”) remains under private ownership. While it has undergone much beautification over the years, its original charm and its historic purpose as the sole building that housed many of the original families that reside here today are preserved and remembered.