The three-story Italian Renaissance style building on the south side of East 79th Street was built in 1902 as a public library. The limestone main facade of the building, designed by architect James Brown Lord, officially opened on December 13th 1902. The New York Public Library, Yorkville Branch building was listed in the New York and National Registers in 1982. The building is a rare example of the Palladian phase of Italian Renaissance architecture in Manhattan. Still a public library branch, the building was the first library built in the city with funds donated by Andrew Carnegie to New York City for 65 public library buildings. 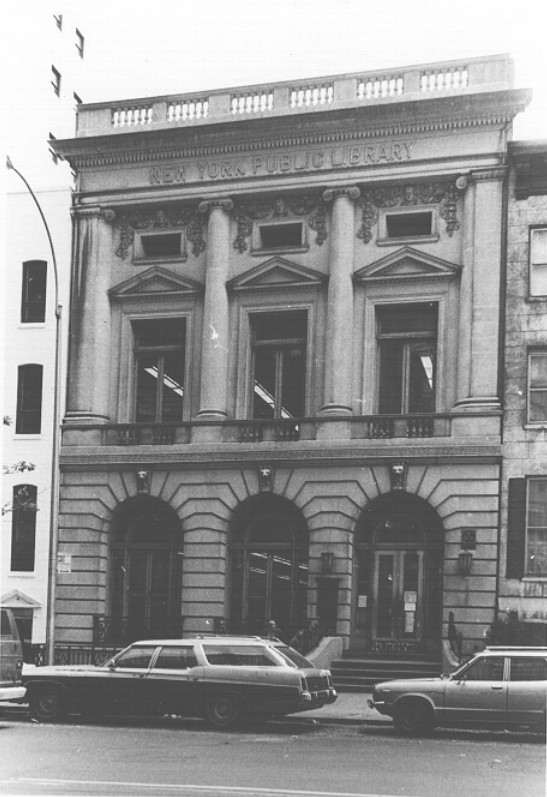 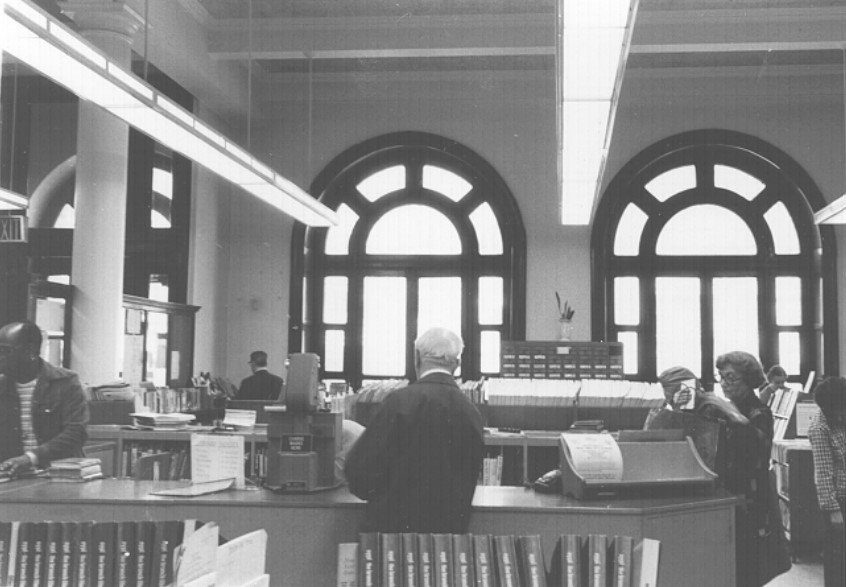 Interior of Yorkville Branch Library in 1914 photo, set up for story hour (Anonymous) 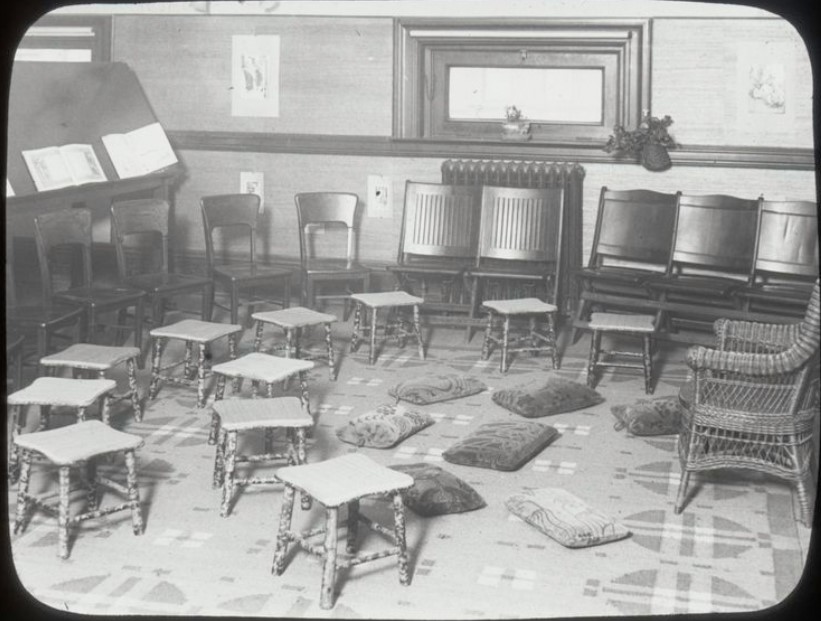 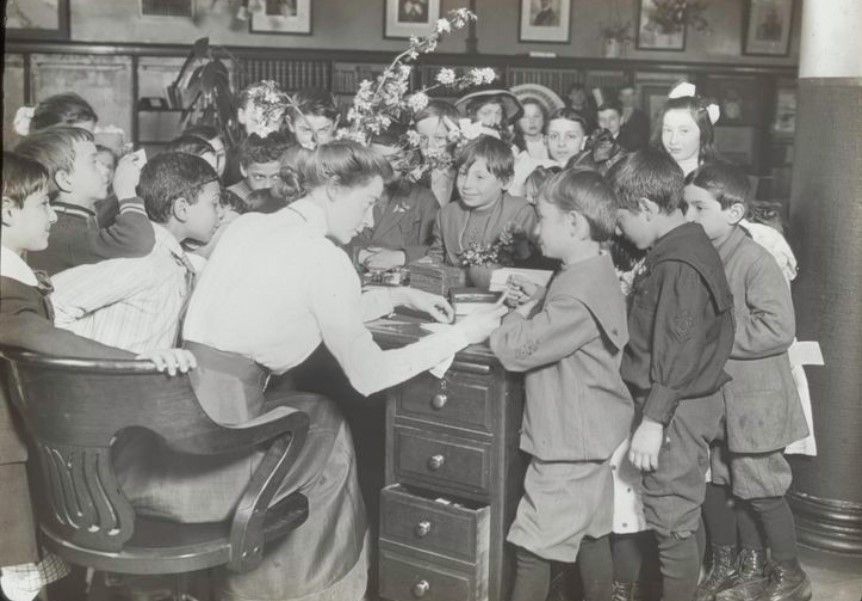 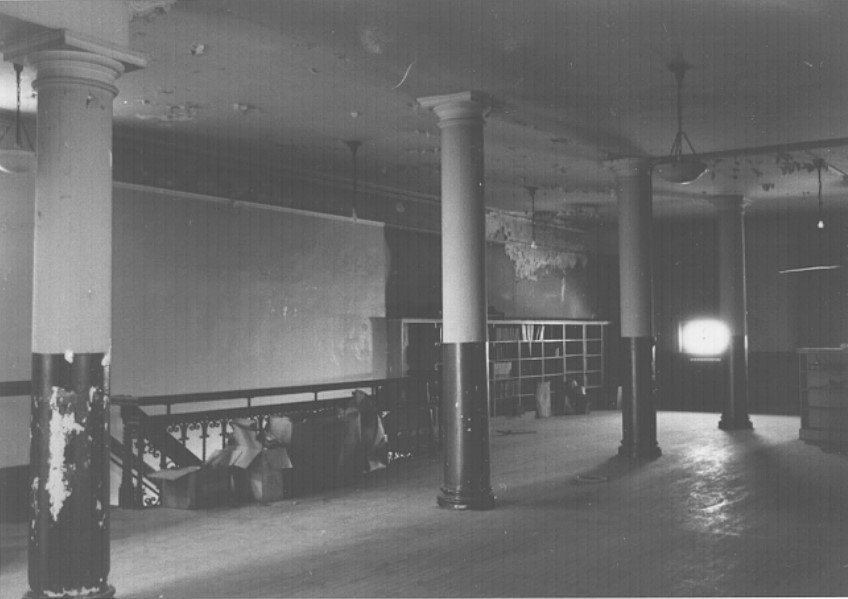 The New York Public Library, Yorkville Branch building is one of four adjacent buildings of roughly the same height, wedged between high-rises. The library building is three bays wide, with three round arched openings in the limestone facade on the first floor. The keystone of each arch features a carved lion's head. Below the second floor is a belt course marked with a Greek fret symbol. Ionic columns separate the three windows in each level of the upper floors, with pilasters marking the outer edges of the building; the windows are topped with a pediment below an oblong window framed with garland swag decorations. A strong cornice with a low balustrade tops the main facade, reaching slightly higher than its three neighbors.

When news of Andrew Carnegie's donation of funds to New York City for new library buildings was announced, one local newspaper mentioned in 1901 that the funds were "especially gratifying for those of the free circulating library branches that have yet no permanent homes of their own, but are inadequately housed in rented quarters. Of those may be mentioned the Yorkville, at Seventy-ninth-st. and second-av., which is doing a remarkable work in a corner store 25 by 80 feet..." The German Association for Culture created an art exhibition at the Yorkville Branch beginning in 1912. The 1913 exhibition featured the paintings of a new member, Gustave Wolff, plus work by Henry Hintermeister and Louis Bromberg. There is at least one instance of a famous use of this library for research: Thomas Masaryk used this library to prepare for the founding of the Czechoslovac Republic after World War I.

The Landmarks Preservation Committee of New York City held a public hearing on designating the Yorkville Branch Library building as a landmark on November 10th 1966. Two people spoke in favor of the designation and none were opposed. A representative of the New York Public Library stated there was no objection from the library. The building was proclaimed a New York City Landmark in January 1967. The interior of the library underwent extensive restorations in the mid-1980s. The lower level contains a meeting room seating 72. The adult, young adult, and reference collections are on the first floor. The second story houses a children's room.