In eighteen thirty six, most of Utica’s two hundred and forty Black residents lived on Post Avenue, today Post Street, just a few blocks away from Genesee Street where Hayden's and Stewart's offices stood along with Kellogg's store.

Post Avenue was an active Underground Railroad Station. In the nineteenth century it was home to mostly boarding houses and taverns. The Black residents of the avenue were no strangers to the freedom struggle since slavery had been abolished in New York only nine years earlier. African American residents on the avenue understood what bondage meant as some had likely been enslaved themselves. 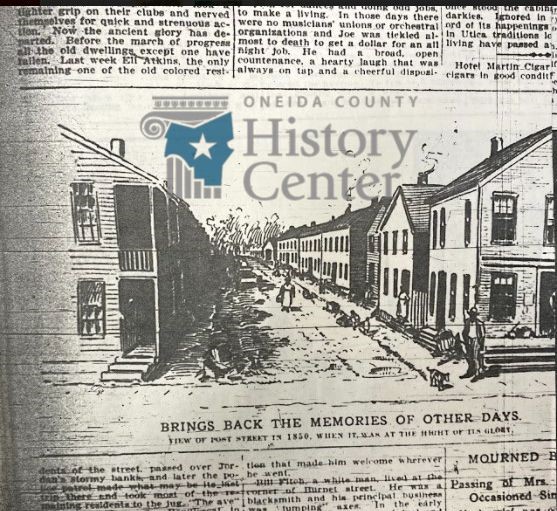 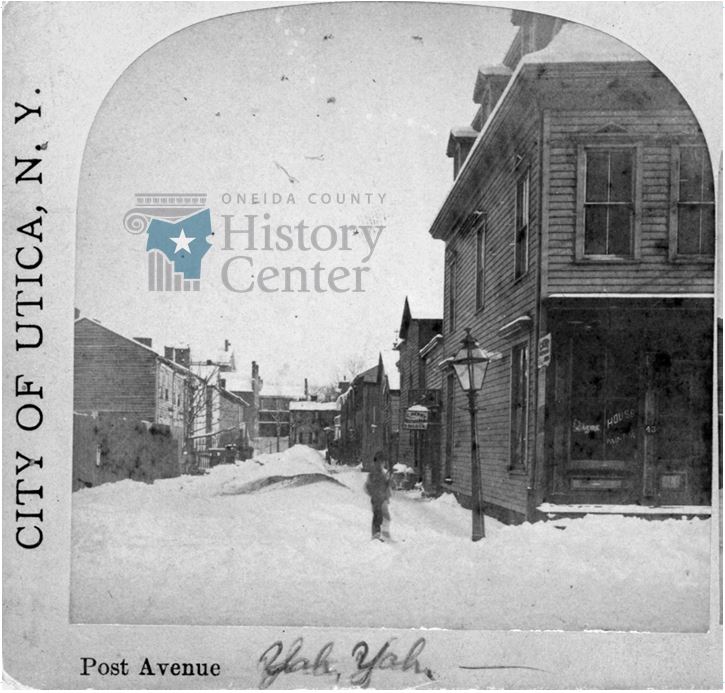 Post Avenue is where freedom seekers Harry Bird and George were probably hiding when they were arrested. Word of their arrest spread quickly; newspaper accounts said that a crowd of Black men from Post Street lingered all day around Hayden’s building. At nightfall they stormed into the room where the fugitives and slave-catchers waited for Hayden's return. The Virginia captors were subdued by the crowd and released Harry and George.

Post Ave residents knowingly broke federal law as stated in the Fugitive Slave Acts by freeing the two enslaved men. None, however, were ever punished. Post Avenue's African Americans were active in the Underground Railroad and assisted many white abolitionists in the fight for freedom and equality. One example of Black activism lives in the legacy of William Johnson, a Black barber living on Post Avenue, who worked with white abolitionist William Blaikie to spirit two fugitives out of Utica. In eighteen fifty five a New York City newspaper noted that a family of freedom seekers had passed through Post Street on their way to Canada. Johnson was one of many Black Uticans who were involved in the Negro Convention Movement of the eighteen forty's.